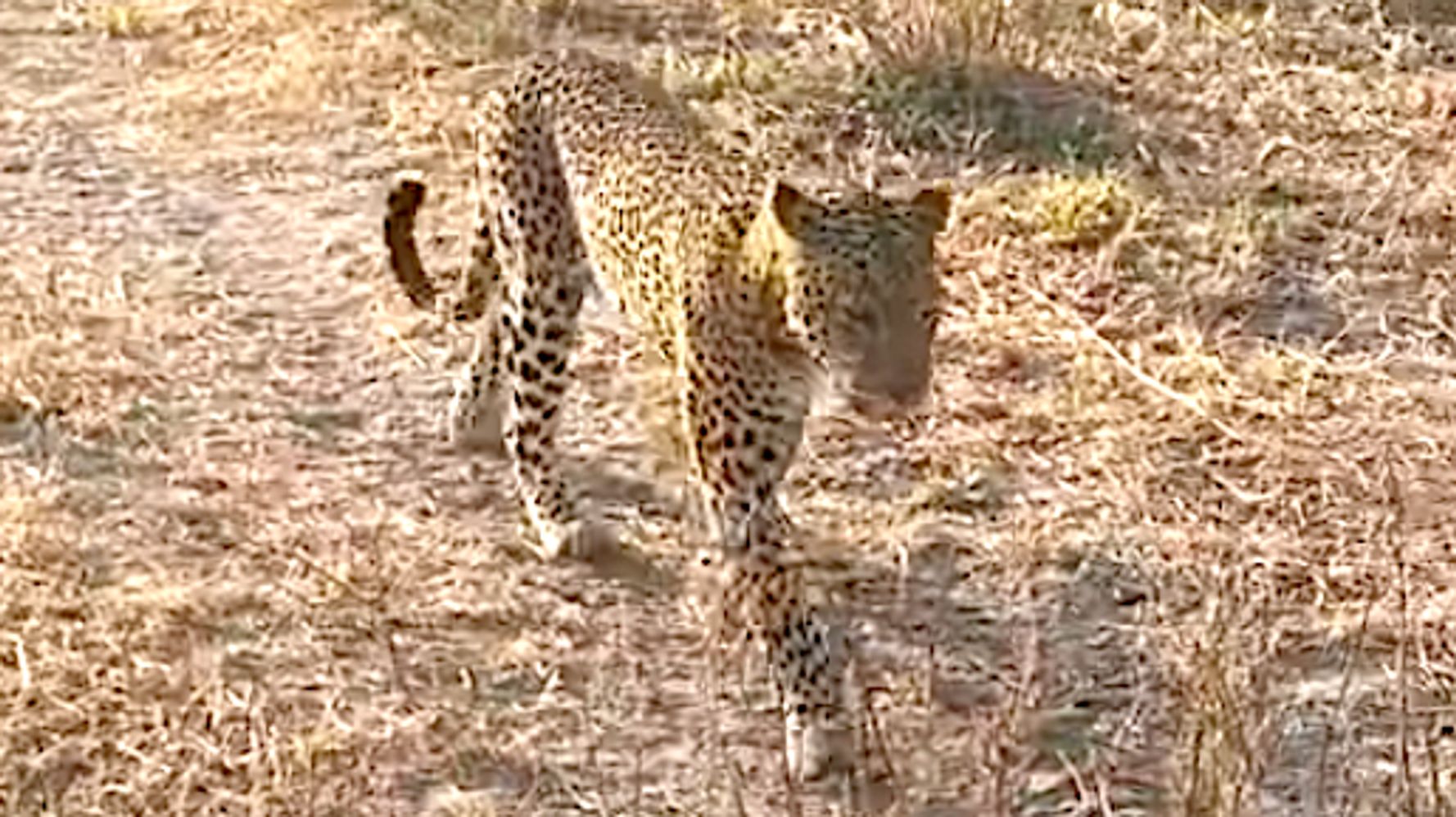 A lion cub left in the bush while its mother went hunting became the hunted in a stunning video posted Tuesday. (Watch it below.)

A leopard stole the baby lion and carried it alive up a tree in Tanzania’s Ruaha National Park, the clip shared by Latest Sightings shows.

“At first I was shocked by what I saw, but quickly accepted it as part of nature,” videographer Scott Hyman told the wildlife website. “While my heart broke for the cub, I was excited and thrilled to have witnessed such a rare event, a once-in-a-lifetime wildlife viewing.”

The footage appeared to be edited to avoid graphic images of the leopard eventually eating the cub.

Leopards will occasionally kill and devour lion cubs if they are unattended, according to Feeding Nature.com. However, leopards mostly try to steer clear of lions in general, because they are the kings, after all.

Lions avoid eating leopard cubs “most of the time,” Wild Explained noted, but that doesn’t mean they wouldn’t kill them. Lions account for more than 70% of leopard cub fatalities in certain areas, the website said, adding that they prey on the young cats to display dominance and thin the ranks of competition.