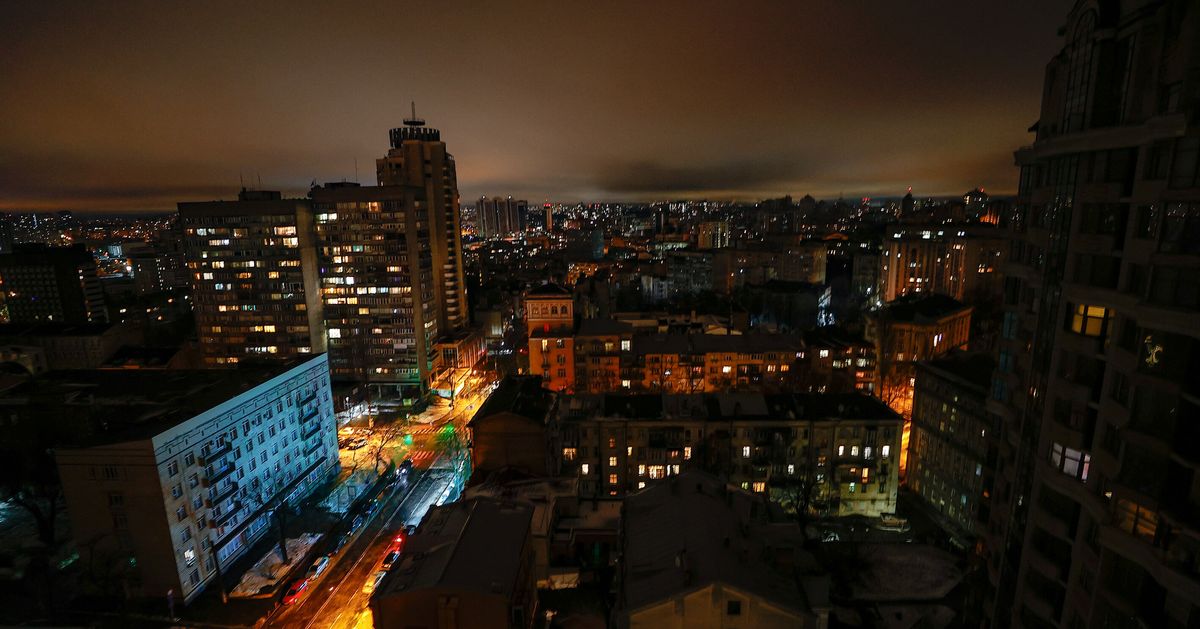 The drone attack came three days after what Ukrainian officials described as one of Russia’s biggest assaults on Kyiv since the war started and as Moscow presses on with its effort to torment Ukraine from the air amid a broad battlefield stalemate.

Russia launched 23 self-exploding drones over Kyiv before dawn but Ukrainian forces shot down 18 of them, the Kyiv city administration said on Telegram.

No casualties were reported, but bits of wreckage from the downed drones damaged a road in the central Solomianskyi district and broke windows in a multi-story building in Shevchenkyvskyi district, city officials said.

They added that a critical infrastructure point was hit, without giving more details.

Emergency services are already at the site of the explosions, he said.

Although the capital seemed the main target of the latest Russian attack, the armed forces said that other places in the country were also targeted.

Kyiv region Gov. Oleksii Kuleba said on Telegram that some infrastructure facilities were damaged across the Kyiv region, as well as private houses, and at least two people were injured.

Ukraine’s air force said on Telegram that they were able to destroy 3src of at least 35 self-exploding drones that Russia launched across the country from the eastern side of the Azov Sea on Ukraine’s southeast coast. Russia is on the other side of the sea.

The Ukrainian military has reported increasing success in shooting down incoming Russian missiles and explosive drones.

Moscow has been targeting Ukraine’s energy infrastructure, including in Kyiv, as part of a strategy to try to leave the country without heat and light during the bitterly cold winter. It has kept up that effort despite W estern sanctions and the supply of W estern air defense systems to Ukrainian forces.

On Friday, Ukraine’s capital was attacked as part of a massive strike from Russia. Dozens of missiles were launched across the country, triggering widespread power outages.

Putin was set to travel Monday to Belarus for talks with its authoritarian leader, Alexander Lukashenko, who allowed Russian forces to use Belarusian territory for invading Ukraine and has close defense links with Moscow.

Analysts say the Kremlin might look again for some kind of Belarusian military support for its Ukraine operations. But the winter weather and Russia’s depleted resources mean any attack probably won’t come soon, according to the Washington-based Institute for the Study of War.

“The capacity of the Russian military, even reinforced by elements of the Belarusian armed forces, to prepare and conduct effective large-scale mechanized offensive operations in the next few months remains questionable,” the think tank said in an assessment published Sunday.

It also concluded that “it is unlikely that Lukashenko will commit the Belarusian military (which would also have to be re-equipped) to the invasion of Ukraine.”