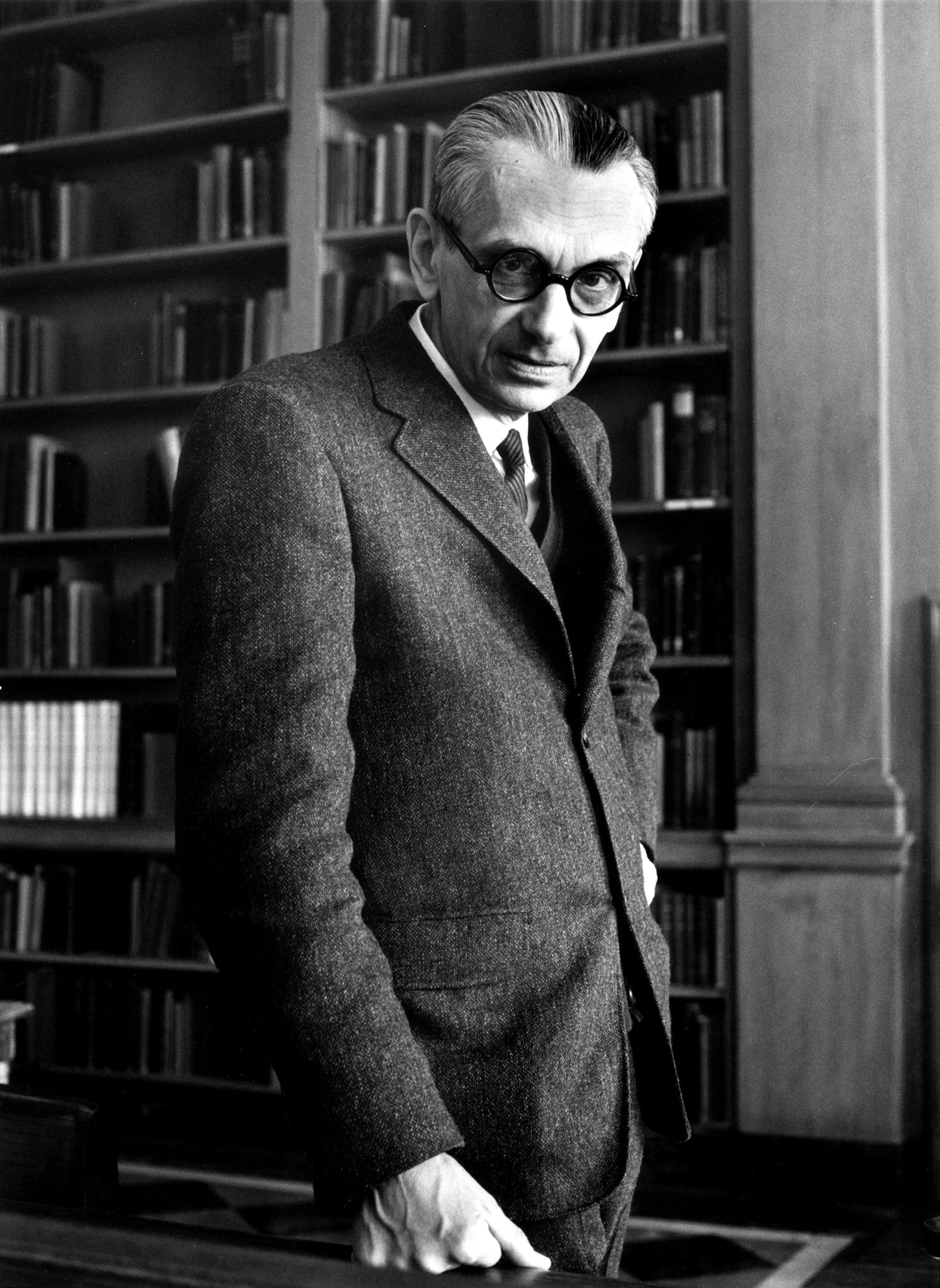 In “Journey to the Edge of Reason,” Stephen Budiansky’s wonderfully engrossing new biography of the Austrian-born logician Kurt Gödel, some light is shed on a famous story. Gödel is legendary for having published, in 1931, at the age of twenty-four, the most important logical proof of the past century, the incompleteness theorems. Gödel showed—though any non-mathematician who pretends to understand this in more than a rudimentary way is not being honest—that you can’t “axiomatize” arithmetic or geometry, and that any systems containing arithmetic will have arguments that can be neither proved nor disproved. The foundations of even secure-seeming systems, such as mathematics, are subject to “recursive” paradoxes, and can always end up referring to themselves, like an Escher illustration or the lyrics to “Monster Mash.”

Gödel was a remarkable character, who sadly descended into mental illness as he aged, though his ailment always took in the context of his fiercely logical mind. One piece of evidence, for instance, of what was termed his “paranoia” was that he insisted to his psychiatrists that the Institute for Advanced Study, at Princeton, where he had taken a position in 1940, after the Nazi Anschluss, would have to fire him, since he had done nothing there of value equal to the work he’d done when he was twenty-five. This “delusion” was, in fact, perfectly true and acutely seen—he hadn’t achieved anything equivalent, but then no one could. An institute benefits from the presence of the most famous logician of his age, even as a genial presence. (The same was true of Albert Einstein, who was at the I.A.S. as much to be Einstein as he was to do physics.)

The story goes that Gödel, while preparing for a U.S. citizenship test, in the nineteen-forties, imagined, in best Viennese form, that it would be a real test, not the pro forma examination it was. He studied the local laws ferociously—trying to learn why, in New Jersey, a township is distinguished from a borough—and buried himself in the Constitution, which he studied as though it were the “Principia Mathematica.” And he emerged confident that he had found a logical contradiction in the Constitution that could reverse democratic government itself. He shared this discovery with Einstein, and also with Oskar Morgenstern, the co-founder of game theory and a mutual friend; both men begged him not to make an issue of it during the test. But, at the ceremony, the judge asked Gödel where he came from, and he explained that he was from Austria, which had once been a democracy but was now a dictatorship. Isn’t it good that such a thing can’t happen here, the judge replied. “But it can!” Gödel declared. “I can prove it!”

Gödel’s loophole, as some have called it, remains a mystery. He never defined it, and no trace of his discovery seems to linger in his papers. But he was far too exact a reader, and far too exacting a logician, not to have spotted something. Indeed, the question of Gödel’s loophole has inspired a remarkably large speculative literature, in serious scholarly journals as well as among scholars in this magazine, and recently among academics writing online. What was it? Probably not a loophole by which a Vice-President can simply refuse to recognize a slate of electors, during the Electoral College vote tally, and substitute one of his own choosing, thereby keeping his boss in power. That, presumably, was a bridge too far even for a logician. Dartmouth’s Dan Rockmore suggests that it might conceivably involve the contradictions of gerrymandering, which is constitutional but democracy-defeating, or the minority-empowering Electoral College. Another Gödel biographer, Jim Holt, turns to Harvard Law School’s distinguished professor emeritus, Laurence Tribe, suggesting that what Gödel had in mind was Article V of the Constitution, “since it sets no limits on how the Constitution can be amended.” Holt goes on,

The U.S. could be turned into a Constitutional dictatorship by a
series of amendments. But it’s more interesting than that. Article 5
makes the document self-referential: it refers to “this Constitution.”
It says, in effect, “I can be amended by such-and-such procedures.”
And it seems to leave open the possibility that Article 5 itself is
subject to amendment. This would permit a very direct route to
dictatorship: amend it so that any diktat of the President is
automatically an amendment.

And that would, of course, be a neatly Gödelian recursive arrangement, of a sinister turn.

But, when you think it through, there’s an overabundance of possible loopholes in the Constitution. The President is the Commander-in-Chief of the armed forces, with no named constraints; his power to act in that sphere is largely undefined and has altered significantly through the years, restrained sometimes by acts of Congress but mostly by assumptions that are not enumerated in the text, possibly because no one imagined that they would need to be. The President also possesses, under Article II, virtually unlimited pardon power for federal crimes, so he could, logically, have henchmen arrest or even kill elected federal officials who oppose him, and then pardon those same accomplices. Or, to take an instance in the opposite direction: the power of impeachment resides in the Congress, with the assumption that it is reserved for cases clearly involving a strong violation of law—a high crime or misdemeanor—so extreme that it alarms all sides. This has long been the case, and all three modern Presidential impeachments were treated as trials, with arguments, evidence, etc. But, given that high crimes and misdemeanors are not defined in the Constitution, and are effectively what a sufficient number of legislators decide they are, there is nothing to prevent impeachment from simply being an ejection seat: at any point when one party has a majority in the House and a two-thirds majority in the Senate, it can summarily expel the President by pure fiat.

The point being that there is no need to find one logical flaw in the Constitution, because, like any legal document, even a foundational one, it inevitably contains flaws, traps, ambiguities, and inconsistencies. Indeed, that’s why we have a Supreme Court: to arbitrate among competing constitutional logics. But these, too, can turn out to be undecidable, since one set of interpreters can ascertain an implicit right to privacy, which is invisible to another—or even an explicit right to private ownership of guns, which has been invisible to every preceding set of interpreters.

The logic of the law, which impresses most of us sufficiently to make drivers stop at red lights and pedestrians wait their turn—well, outside New York City, at least—in fact exists by mutual consent more than by vigilant enforcement. As Gödel’s great contemporary and opponent Ludwig Wittgenstein might have said: we don’t follow rules as much as we inhabit them. Without a social consensus of commitment to the law, no law matters. (That is why so many autocracies have admirable constitutions.)