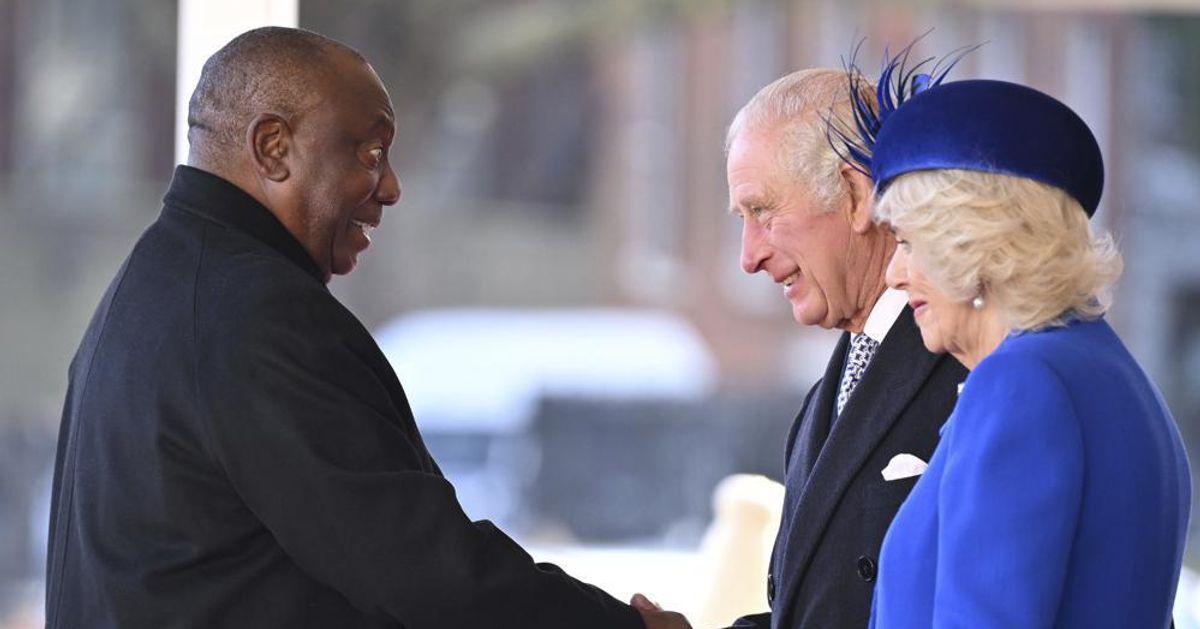 LONDON (AP) — King Charles III welcomed South African President Cyril Ramaphosa to London on Tuesday for the first state visit of his reign, which will include a formal banquet as well as talks with government leaders focused on investment and green energy.

Charles and Camilla, the queen consort, greeted Ramaphosa during a ceremony on Horse Guards Parade near Buckingham Palace. William and Kate, the Prince and Princess of Wales, also attended.

The visit was organized before the death of Queen Elizabeth II, a nod to her longtime devotion to the Commonwealth. The last state visit by a South African leader was in 1996, when Nelson Mandela was honored two years after he became South Africa’s first Black president.

Ramaphosa is scheduled to address a joint session of Parliament later Tuesday, followed by talks with Prime Minister Rishi Sunak and other government officials on Wednesday.

On the agenda are opportunities for British companies to take part in up to 5.4 billion pounds ($6.4 billion) of infrastructure projects over the three years, Britain’s Foreign Office said.

Britain will also provide funding for technical and vocational education in hopes of spurring the development of green technology and electric car manufacturing in South Africa.

“South Africa is already the U.K.’s biggest trading partner on the continent, and we have ambitious plans to turbocharge infrastructure investment and economic growth together,” Sunak said in a statement released before Ramaphosa arrived.

On Tuesday night, Charles will preside over his first state banquet as monarch, held in honor of the president at Buckingham Palace.

They will be joined by Camilla and other members of the royal family, including William and Kate.

South African High Commissioner Jeremiah Nyamane Mamabolo hailed the importance of the state visit after speaking to the king when Charles visited an exhibition of South African fashion a few weeks ago in London.

“The important thing is that the king has focused for his first visit, to be with Africa, South Africa, and the Commonwealth,” Mamabolo said.