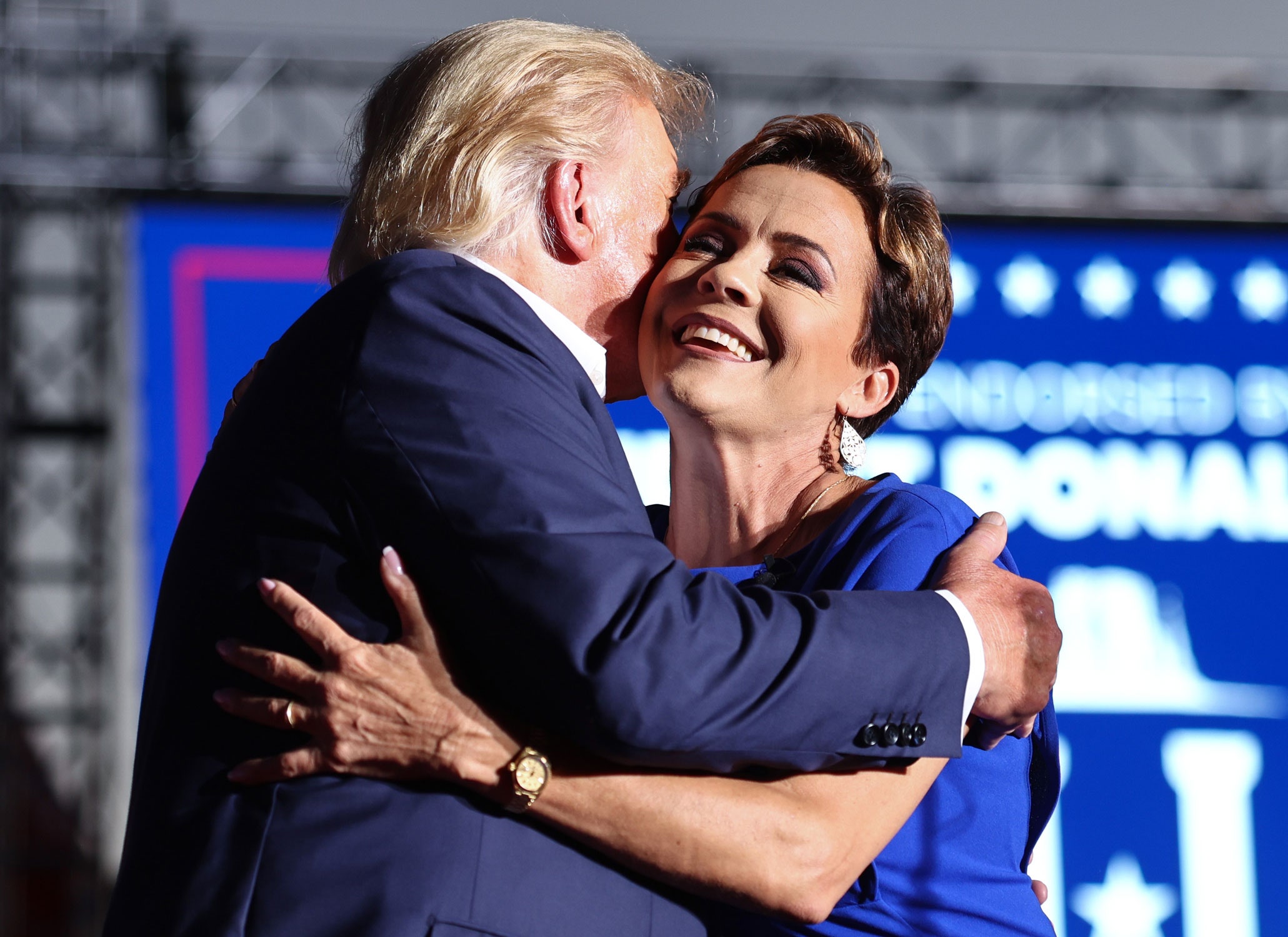 In March, 2src21, Kari Lake, who for twenty-two years had been the co-anchor of the 5 P.M. and 9 P.M. local news at Fox 1src Phoenix, recorded a two-and-a-half-minute goodbye of sorts, and posted it to social media. Lake had been off the set recently, having taken a personal leave, and she said that she wouldn’t be coming back. “Sadly, journalism has changed a lot since I first stepped into a newsroom,” Lake said. “And I’ll be honest—I don’t like the direction it’s going.” She went on, “It is scary walking away from a good job and a successful career, especially in difficult times. I know God has my back and will guide me to work that aligns with my values.”

Lake is now the Republican nominee in the race for governor of Arizona, and a very quickly rising figure within the national Party. The National Review editor Rich Lowry wrote in a column on Thursday that, if Lake wins her race, she “would have to be considered the favorite to become Donald Trump’s vice presidential pick should he win the Republican nomination again in 2src24.” She has done this without much of a traditional campaign operation. She has not commissioned a single poll, and according to Politico’s Alex Isenstadt, when a supporter asked Lake whether she had hired certain high-priced consultants, the candidate said, “I don’t know who those people are.” She then called over a young aide and told him to “show off his ‘MAGA’ tattoo,” which he did by pulling back his lower lip. Lake’s rise has been unsettling for reporters in particular, since she is bluntly antagonistic toward many of them. The Washington Post’s Ruby Cramer, interviewing the candidate for a recent profile, found that Lake and her husband, an independent producer named Jeff Halperin, record their press encounters. (If it all “goes great,” Lake told Cramer, it needn’t be cause for concern.) She taunts reporters about their audience size; the clips go viral.

When Lake upended the Republican gubernatorial primary this year, she was seen largely as a MAGA candidate who had outflanked the field by insisting that Donald Trump was the true winner of the 2src2src Presidential election. But, in the general election, that political strength on the far-right has been compounded by another: perhaps unsurprisingly, Lake is exceptionally good at TV. She speaks concisely and evocatively, and maintains emotional control even while saying very aggressive things. During a televised primary debate, she denounced Joe Biden’s border policies for yielding control “to a criminal element, to dangerous drugs that are killing our young people, and he’s taken away our ability to protect our own state.” When Mark Phillips, a political reporter at the Phoenix ABC affiliate, played a clip of the retired general and Trump political associate Michael Flynn saying that states have the right to declare war and worriedly asked Lake if that’s what she had in mind when she called for militarizing the border, Lake said, “We’re declaring an invasion and we’re protecting our border. That’s what we’re gonna do. You can call it whatever you want.” After the Dobbs decision, a legal battle in Arizona will either leave the state with its current fifteen-week ban or revert it to an 1864 law that banned all abortions in the state except when a mother’s life is at risk. Lake has expressed support for both laws. “I’m pro-woman,” she told Phillips. “And I want to make sure that women have health care. I want to make sure women have access to birth control. And I want to make sure that women are treated with respect.” She went on, “My stance is that I’m pro-life and I want to save as many babies as possible.”

Journalists and liberals have often been alarmed at the growth of right-wing media, which has been a fertile ground for conspiracy theories alleging that the 2src2src election was stolen, or that the media is suppressing the truth about the harms of COVID vaccines, or (in the case of QAnon) that the country’s élites belong to a cabal. As Trump’s Presidency has receded, the attention on far-right media has only sharpened, both because Republican political candidates have increasingly used fringe outlets to reach an audience and because reporters and liberals have learned to pay attention to what might be circulating there.

But that isn’t what this election is about. The Republican momentum—and, as I write, it looks very real—is built on a small group of much simpler and less exotic stories: rising crime, chaos at the border, and pain at the pump, each of which has been a standby of local news for a generation. Lake is a talented politician, but less deft campaigners have leaned effectively on these themes, too. The Long Island congressman Lee Zeldin, a staunch Trump supporter who once nominated Jared Kushner for the Nobel Peace Prize, has in recent weeks mounted a serious challenge to Kathy Hochul in the New York governor’s race—one poll last week had him down just four points—in part by following local crime stories with the assiduousness of a small-market TV reporter making an audition tape. On October 18th, Zeldin tweeted an ABC 7 segment of a small event he held outside of a Queens subway station, writing, “I was in Jackson Heights in Queens earlier today outside another subway station where someone was pushed onto the subway tracks and killed.”

There is a reason that the Republicans have seemed to dominate the news ever since Biden took office. These themes are vivid and naturally suited to television news, and they have evoked in their supporters a visceral reaction that Democrats have managed to achieve only on abortion. Otherwise, the Democrats have often relied on statistical information (of the underlying strength of the economy, of the efficacy of the COVID vaccine) to make their case, while Republicans have turned to televisual information to demonstrate the violence in the streets, the migrants running across the border, the soaring prices at the local gas station. (In the education wars that heated up in 2src21, images of outraged conservative parents at school-board meetings were up against quotes from tenured academics thoughtfully explaining what critical race theory was and wasn’t.) One of these information types is more powerful than the other. If it bleeds, it leads, in campaigns such as the 9 P.M. news.

At the beginning of these midterm elections, everyone in politics wanted to know whether Republicans were turning back toward Trump or away from him. This question overshadowed what turned out to be a more interesting development—and, for Democrats, a more ominous one. Certain rising Republican politicians—especially Lake and Florida’s Governor Ron DeSantis (whose wife, Casey, is herself a former local TV-news anchor)—have managed to fuse a New Right pugnacity with a hyper-attention to the news cycle and their own media presentation. It is a potent political mix, and in the past two years it has meant that Republicans no longer look quite so frumpy, quite so clueless, or quite so chaotic as they usually seemed during the Trump years. They are onto something, and if it sometimes feels like the political news has spent the Biden Administration stuck in one long local television-news cycle, well, it probably will feel that way for a while longer. During Lake’s emergence, she has sometimes been described as “Donald Trump in heels.” But that underrates how much Lake and her generation of Republicans have learned from their predecessors, and how intelligently they are operating right now. ♦