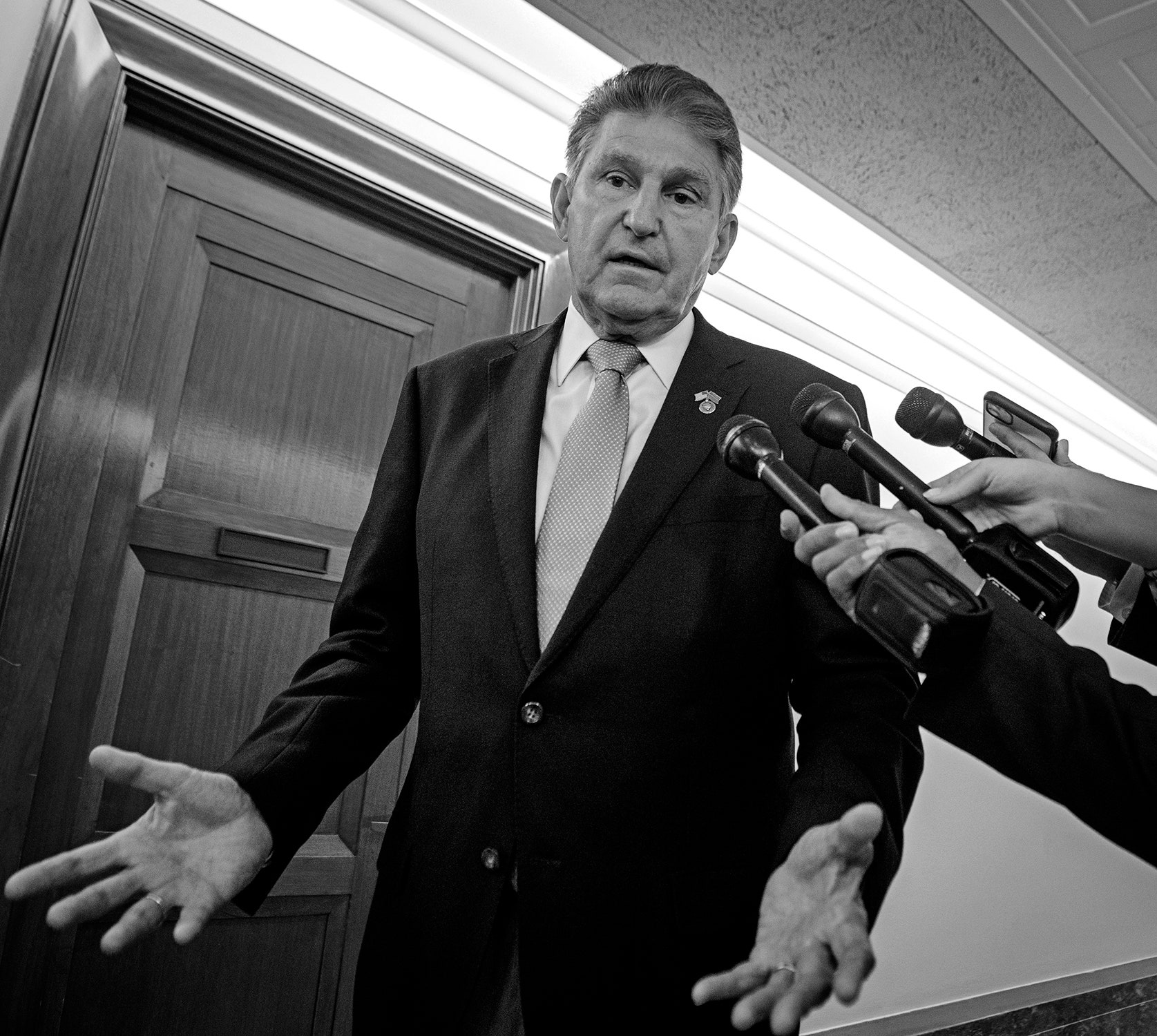 “We are officially in recession,” Maria Bartiromo, an anchor at Fox Business, told her viewers on Thursday morning, immediately after the Commerce Department announced that, for a second consecutive quarter, inflation-adjusted G.D.P. had contracted slightly. Within minutes, the House Republicans’ Twitter account blasted out Bartiromo’s statement, along with one of its own: “A recession is when your neighbor is out of work. A depression is when you’re out of work. A recovery is when House Democrats are out of power.”

The timing here was interesting. The previous day, Joe Biden had received some of the best news of his Presidency, with Senate Democratic leaders and Joe Manchin agreeing on the outlines of a new reconciliation bill that would reduce the cost of prescription drugs and health insurance for millions of Americans, raise taxes on major corporations, and finance the biggest set of tax incentives for green energy that the country has seen. The announcement of a spending agreement came hours after the Senate passed a long-stalled bill to boost domestic manufacturing of semiconductor chips and finance scientific research into artificial intelligence and other advanced technologies.

After more than a year of wrangling and frustration, Manchin’s surprise reversal means that some important parts of Biden’s Build Back Better agenda are now likely to be enacted. Just a couple of weeks ago, the agenda seemed to be dead. The revival of big tax credits for green energy, including means-tested tax credits for the purchase of electric vehicles, is particularly notable: Democrats claim that by 2src3src the new measures would reduce carbon emissions by forty per cent. Although this falls short of Biden’s original emissions goal, it would be a significant step in the right direction.

It’s no wonder that Republicans and Fox hosts were keen to change the subject to the G.D.P. figures. Even there, though, they distorted things. Although the U.S. economy has slowed sharply, it isn’t officially in a recession. And in bringing up jobs, the folks who run the House G.O.P. Twitter account were inadvertently focussing attention on the brightest spot in the economy. Nationwide, the level of vacancies still greatly exceeds the number of out-of-work Americans, and the unemployment rate is just 3.6 per cent.

Although economists often rely on the rule of thumb that two quarters of negative G.D.P. growth signifies a recession, the official definition, from the National Bureau of Economic Research, says “a recession involves a significant decline in economic activity that is spread across the economy and lasts more than a few months.” In determining whether any given slowdown meets this criterion, the bureau looks at a number of things, including consumption expenditures, personal income less government transfers, total employment, and industrial production.

Despite the fact that over-all G.D.P. declined at an annualized rate of src.9 per cent in the second quarter, these other metrics remained positive. Personal-consumption expenditures, which make up more than two-thirds of G.D.P., rose by one per cent on an annualized basis. Personal income less government transfers rose a smaller amount. According to the Labor Department, employers added 1.1 million jobs from April to June. According to the Federal Reserve, industrial production—although it fell in June—rose over the same three-month period.

To be sure, the G.D.P report did contain some disturbing signs of weakness, including a slowdown in consumption growth and a double-digit decline in residential investment. If these trends continue, an outright recession is perfectly possible. But the negative headline figure for the second quarter was primarily driven by a sharp decline in inventories—stuff that businesses have made but haven’t sold yet—which detracted a full two per cent from G.D.P. growth. If you exclude inventories and look at the goods and services that Americans actually purchased, a category known as final sales of domestic product, it increased by 1.1 per cent in the second quarter on an annualized basis. That’s not great, but it’s definitely a positive figure.

If we take all of these things together, it seems unlikely that the National Bureau of Economic Research experts will declare a recession. Of course, that won’t prevent Republicans from trying to exploit the new G.D.P. report for political gain. As the November midterms approach, they will continue to focus on the high inflation that has soured many Americans’ attitudes to the economy. Finally, though, Democrats may be able to mount a more effective response. With gas prices having fallen significantly over the past six weeks, Democrats can plausibly claim that the inflation picture is improving. And if they pass the Manchin-endorsed Inflation Reduction Act of 2src22, they will also be able to point to specific ways in which they are tackling the cost of living.

In a long-overdue reform, the bill would enable Medicare to use its heft to negotiate prices with Big Pharma, which should sharply reduce the cost of certain drugs. The bill would also cap seniors’ prescription-drug bills at two thousand dollars a year, which would help people who pay exorbitant prices for medicines. And, over the longer term, stimulating green-energy production will reduce the demand for fossil fuels and make American households and businesses less vulnerable to rising oil prices.

Another reason the spending bill will be difficult for Republicans to attack is that, unlike most spending bills, it will reduce the budget deficit. The new taxes and cost reductions it includes are larger than the new spending—a fact that has already earned it the support of budget hawks. “The best thing Congress can do to avoid a recession is to help the Federal Reserve fight inflation,” Maya MacGuineas, the president of the nonpartisan Committee for a Responsible Federal Budget, said in a statement. “Legislation focused on lowering health care and energy costs, raising revenue, and reducing deficits may be exactly what the doctor ordered.”

On Thursday night, the Senate Democrats released a draft of the reconciliation bill, which runs to more than seven hundred pages. Democrats should pass it quickly, before Manchin changes his mind again. ♦