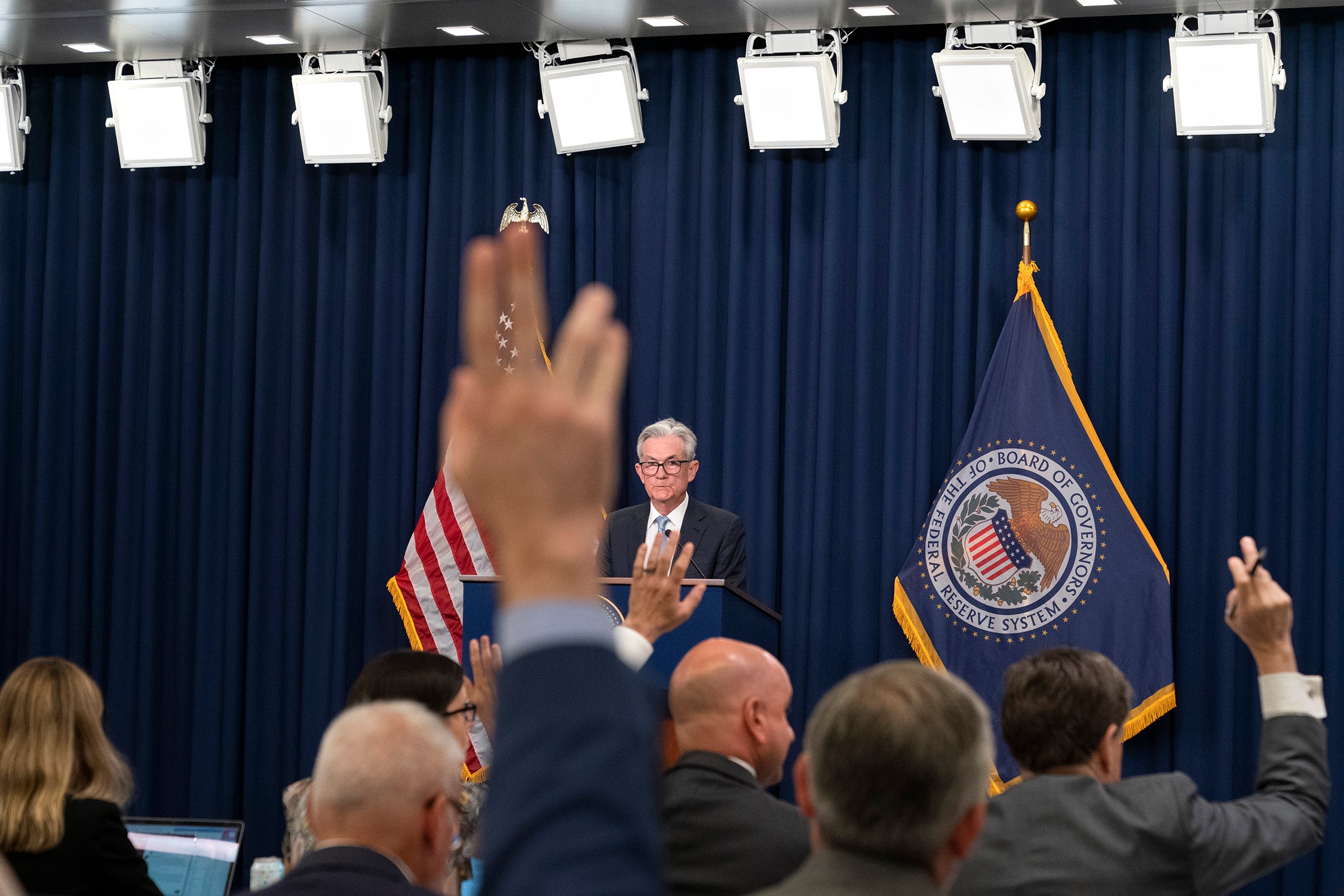 After last Friday’s inflation shocker—the Labor Department announced that consumer prices rose 8.6 per cent in the twelve months to May—it was likely that Jerome Powell and his colleagues at the Federal Reserve would react. On Wednesday, they did—raising the federal funds rate by three-quarters of a percentage point, the biggest one-off increase in nearly thirty years. “We thought strong action was warranted, and today we delivered that,” Powell said at a press conference.

In addition to raising the rate, Powell indicated that another three-quarter-point hike is possible at the Fed’s next meeting, in July. The members of its policymaking committee also raised their predictions for where the federal funds rate will be at the end of this year and next year—to 3.4 per cent and 3.8 per cent, respectively. “We anticipate that ongoing rate increases will be appropriate,” Powell said.

This past December, the Fed committee members predicted that the federal funds rate, which they had reduced almost to zero at the start of the pandemic, would stand at just 0.9 per cent at the end of 2022. In March, after Russia invaded Ukraine and energy prices spiked, they dramatically upped their prediction to 1.9 per cent, and now they have raised it another one and a half percentage points, roughly.

In the slow-moving world of monetary policy, these changes represent a huge adjustment, and Powell didn’t try to disguise the fact that recent events have put the Fed in catch-up mode. “By this point, we had actually expected to see clear signs of at least inflation flattening out,” he conceded in response to a reporter’s question. In response to another’s, he said, “The environment has become more difficult, clearly, in the last four or five months, and hence the need for the policy actions we took today.”

It’s easy to feel sympathy for Powell, a wealthy Republican investment banker, whom Donald Trump appointed to his current role in 2018. Despite his background in the rentier class, Powell has taken seriously the Fed’s dual mandate of maximizing employment and maintaining price stability. At the press conference, he said the Fed’s goal was to return the labor market to where it was before the start of the pandemic, when unemployment was at historic lows, inflation was much lower, and workers with lower incomes were enjoying sizable wage increases for the first time in decades. “That’s where we want to get back to,” Powell said.

When inflation began to rise last year, Powell resisted calls from some quarters—yes, that’s you, Larry Summers—for the Fed to hit the monetary brakes, describing the rise in prices as “transitory.” He dropped this term late last year, in time for the economy to be hit by the Omicron variant, Vladimir Putin’s invasion of Ukraine, and a fresh lockdown in China—each of which carried a further inflationary shock. In retrospect, the Fed made an error by not starting to raise rates sooner, although, given that inflation is a global problem—it’s running ​​at 8.1 per cent in the eurozone and 7.8 per cent in the United Kingdom—it’s not clear how much of a difference a quicker policy reversal in the U.S. would have made.

In any case, the big question now is whether the Fed can raise rates at a more rapid pace than it previously anticipated, and bring inflation down, without knocking the economy into an outright recession. According to a new survey conducted by the Financial Times and the University of Chicago, which was published on Sunday, more than two-thirds of academic economists think that Powell won’t pull it off: they are predicting that a recession will start next year.

On the upside, the forecasting record of academic economists is no better than that of the Fed, and Powell insists that all isn’t lost. Asked about a new report that indicated retail sales slipped back a bit last month, he said that over-all spending remained strong and there was no sign yet of a broader slowdown in the economy. The Fed’s newest projections do show G.D.P. growth slowing sharply—from an annual rate of 5.7 per cent in 2021 to 1.7 per cent this year and the same next year. They also forecast the unemployment rate rising from its current rate of 3.6 per cent to 3.9 per cent in the final quarter of 2023, as inflation, measured by the Fed’s favorite index, falls back dramatically, to 2.6 per cent.

Given where things stand now, Powell was right to say that such an outcome could be judged a success and would qualify as a “softish landing” for the economy, a phrase he introduced last month.“There’s a path for us to get there,” he said. “It’s not getting easier. It’s getting more challenging because of these external forces.” There was perhaps a bit of blame-shifting in that answer, but also a good deal of truth. ♦