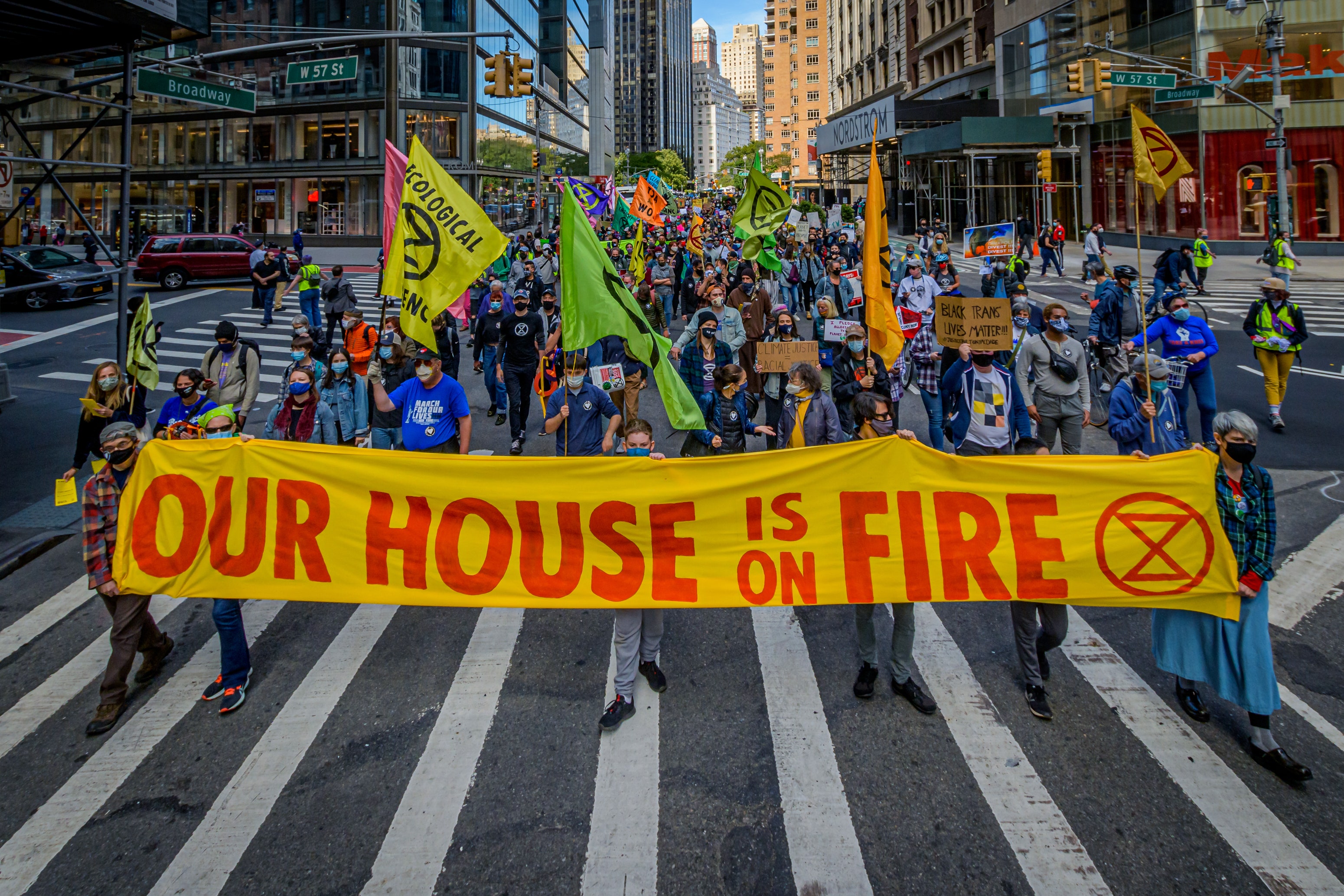 It’s Climate Week in New York City, an event that, as it has every autumn since 2009, features a series of speeches, awards, presentations, and protests that coincide roughly with the meeting of the United Nations General Assembly. I’m glad that it’s happening, but, as with the endless annual global climate negotiations (this year’s will be in November, in Glasgow), there’s a danger that we’ll come to think of the climate crisis as a standard piece of our mental furniture and as not what it actually is: a time-bound emergency that must be tackled full on, right now. The city has had Fashion Week since 1943, and the Toy Fair since 1903; but there’s clearly much more work to be done in climate than in couture or Candyland, and not nearly as much time.

In fact, the single most dangerous message of the moment is that we have some margin. The Times reported that the Democratic Senator Joe Manchin, of West Virginia, is weighing the possibilities for the $3.5-trillion budget bill now before the Senate, and that “Manchin’s version is widely expected to have less ambitious renewable energy requirements for electric power companies. His version could also reward utilities that build new power plants designed to burn natural gas.” The White House version of the bill would reward utility companies “if they increase the amount of clean electricity they supply to customers by 4 percent a year through 2030,” the Times added, but “Manchin is likely to lower that requirement to 3 percent a year or less, said two people familiar with the matter.”

If Senator Manchin does push these changes, it will not be because he has consulted with scientists who tell him that we’re going too fast in addressing climate change, because that’s not what scientists say. (Earlier this month, for instance, two hundred medical journals around the world joined together to “call for urgent action to keep average global temperature increases below 1.5°C, halt the destruction of nature, and protect health.”) Nor can it be because he has consulted with economists. As a paper released last week by the University of Oxford’s Institute for New Economic Thinking makes clear, the cheapest path forward, by many trillions of dollars, is a speedy switch to renewable energy, which essentially decarbonizes the world within a quarter of a century, leaving lots of expensive hydrocarbons in the ground and relying instead on ever-cheaper renewable energy. As the authors explain it, “the Slow Transition is not as cheap as the Fast Transition. This is because the current high spending on fossil fuels continues for decades and the savings from renewables are only realized much later.”

If Manchin is not listening to scientists or economists, however, he is apparently taking, as the Times reported, the counsel of Nick Akins, the head of American Electric Power, a major electricity provider that “relies on West Virginia coal for many of its power plants.” Akins and Manchin, according to the Times, have each other’s cell-phone numbers. Manchin, Akins said, “is supportive of a clean energy future, like we all are.” He added, “But these transitions take time. We can’t cram all that into eight years.”

But we do have to cram it into this decade—that’s what the Intergovernmental Panel on Climate Change told us in 2018. We must cut emissions in half by 2030 or else kiss the targets set in the Paris accords adieu. Of course, we wouldn’t be facing this deadline if we had acted when scientists issued their first warnings, three decades ago—but, of course, utility companies spent big to make sure that didn’t happen. Their interest in time is to take as much of it as possible, because each year that we keep spewing carbon is a year in which their current business model stays intact.

Earlier this month, Manchin went as far as to advocate for a “strategic pause” on the budget bill. The immediate result of that would be effectively to sabotage the Glasgow talks and with them a chance to pressure other nations to ratchet up their targets and their timetables. It’s hard to remember when as much of the future hung on a single person’s whim. (And on his vested interest—as the Times noted, he’s recently taken more money from the fossil-fuel industry than any other Senator, and his interest in a coal brokerage that he founded in 1988, and which is now controlled by his son, has paid him hundreds of thousands of dollars.) And yet there’s no obvious way to confront him: in a deadlocked Senate, he holds the high cards. Maybe there will be a panel looking back on all this during Climate Week 2046, and maybe the U.N.’s shining tower will still be safely above sea level. And maybe it won’t. Time will tell.