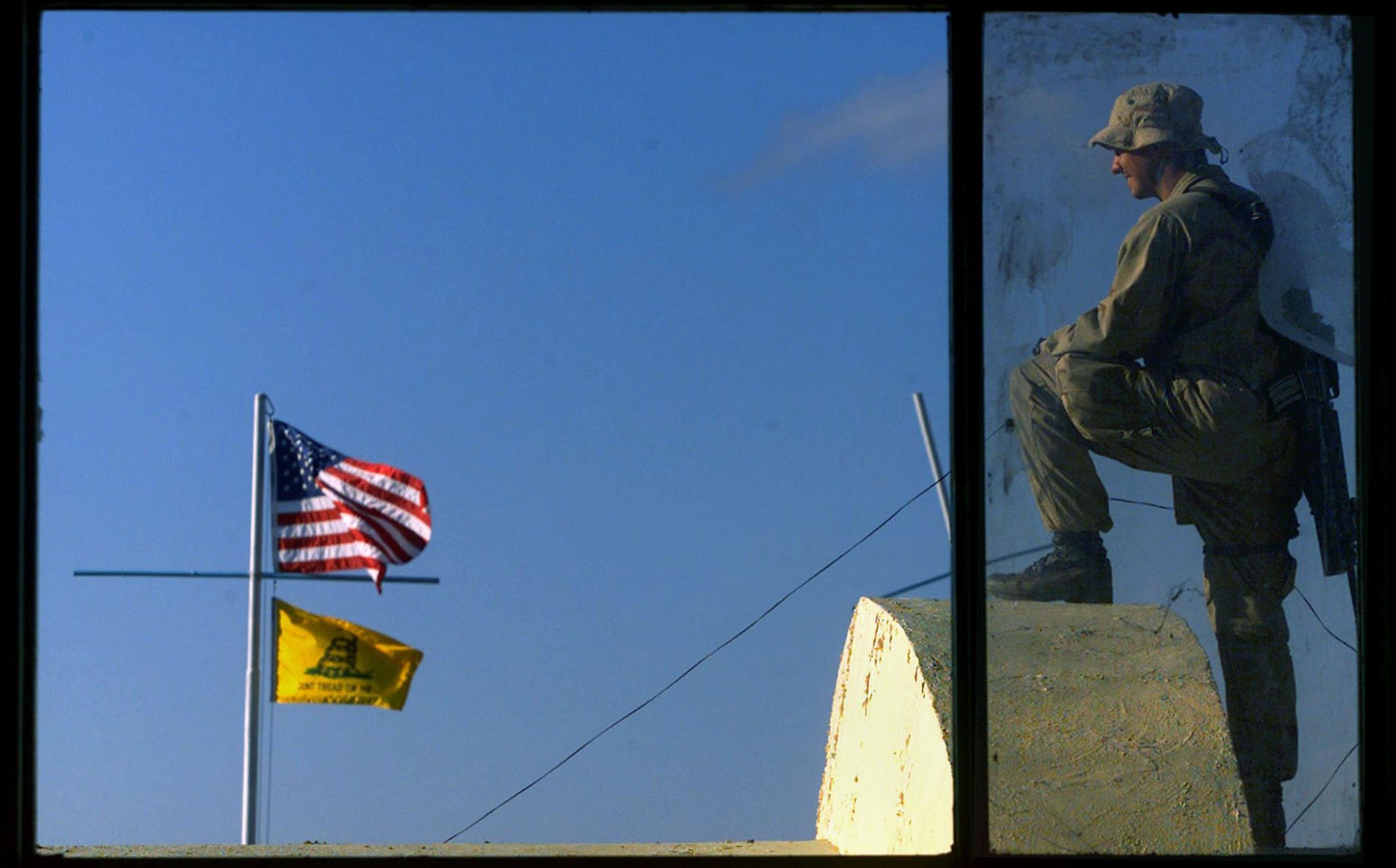 How does an empire die? Often, it seems, there is a growing sense of decay, and then something happens, a single event that provides the tipping point. After the Second World War, Great Britain was all but bankrupt and its Empire was in shreds, but it soldiered on thanks to a U.S. government loan and the new Cold War exigencies that allowed it to maintain the outward appearance of a global player. It wasn’t until the 1956 Suez debacle, when Britain was pressured by the U.S., the Soviet Union, and the United Nations to withdraw its forces from Egypt—which it had invaded along with Israel and France following Gamal Abdel Nasser’s seizure of the Suez Canal—that it became clear that its imperial days were over. The floodgates to decolonization soon opened.

In February, 1989, when the Soviet Union withdrew its military from Afghanistan after a failed nine-year attempt to pacify the country, it did so in a carefully choreographed ceremony that telegraphed solemnity and dignity. An orderly procession of tanks moved north across the Friendship Bridge, which spans the Amu Darya river, between Afghanistan and Uzbekistan—then a Soviet republic. The Soviet commander, Lieutenant-General Boris Gromov, walked across with his teen-age son, carrying a bouquet of flowers and smiling for the cameras. Behind him, he declared, no Soviet soldiers remained in the country. “The day that millions of Soviet people have waited for has come,” he said at a military rally later that day. “In spite of our sacrifices and losses, we have totally fulfilled our internationalist duty.”

Gromov’s triumphal speech was not quite the equivalent of George W. Bush’s “Mission Accomplished” following the 2003 Iraq invasion, but it came close, and the message that it was intended to relay, at least to people inside the Soviet Union, was a reassuring one: the Red Army was leaving Afghanistan because it wanted to, not because it had been defeated. The Kremlin had installed an ironfisted Afghan loyalist who was left to run things in its absence, a former secret-police chief named Najibullah; there was also a combat-tested Afghan Army, equipped and trained by the Soviets.

Meanwhile, the mujahideen guerrilla armies that had been subsidized and armed by the United States and its partners Saudi Arabia and Pakistan were in a celebratory mood. Their combat units were massed outside Afghanistan’s regime-held cities, and there was an expectation that it would not be long before Najibullah succumbed, too, and Kabul would be theirs. In the end, he held out for another three years, with his downfall merely leading to a new civil war.

For all the talk of internationalist duty, the Afghanistan that the Soviets left behind was a charnel ground. Out of its population of twelve million people, as many as two million civilians had been killed in the war, more than five million had fled the country, and another two million were internally displaced. Many of the country’s towns and cities lay in ruins, and half of Afghanistan’s rural villages and hamlets had been destroyed.

Officially, only fifteen thousand or so Soviet troops had been killed—although the real figure may be much higher—and fifty thousand more soldiers were wounded. But hundreds of aircraft, tanks, and artillery pieces were destroyed or lost, and countless billions of dollars diverted from the hard-pressed Soviet economy to pay for it all. However much the Kremlin tried to gloss it over, the average Soviet citizen understood that the Afghanistan intervention had been a costly fiasco.

It was only eighteen months after the Soviet withdrawal from Afghanistan that a group of hard-liners tried to launch a coup against the reformist premier Mikhail Gorbachev. But they had miscalculated their power, and popular support. In the face of public demonstrations against them, their putsch soon failed, followed by the collapse of the Soviet Union itself. Of course, by then, much beyond the Soviet Union’s Afghan quagmire had conspired to fatally weaken the once powerful Empire from within.

While the two events are humiliatingly comparable, only time will tell whether the old adage about Afghanistan’s being the graveyard of empires proves as true for the United States as it did for the Soviet Union. My colleague Robin Wright thinks so, writing, on August 15th, “America’s Great Retreat [from Afghanistan] is at least as humiliating as the Soviet Union’s withdrawal in 1989, an event that contributed to the end of its empire and Communist rule. . . . Both of the big powers withdrew as losers, with their tails between their legs, leaving behind chaos.” When I asked James Clad, a former U.S. Deputy Assistant Secretary of Defense, for his thoughts on the matter, he e-mailed me, “It’s a damaging blow, but the ‘end’ of Empire? Not yet, and probably not for a long time. The egregious defeat has hammered American prestige, however, delivering the geopolitical equivalent of egg on our face. Is that a fatal blow? In the wider world, America still retains its offshore power-balancing function. And despite some overheated journalism, no irreversible advantage has passed to our primary geopolitical opponent—China.”

It is true that, for the time being, America retains its military prowess and its economic strength. But, for two decades now, it has seemed increasingly unable to effectively harness either of them to its advantage. Instead of enhancing its hegemony by deploying its strengths wisely, it has repeatedly squandered its efforts, diminishing both its aura of invincibility and its standing in the eyes of other nations. The vaunted global war on terror—which included Bush’s invasion of Iraq for the purpose of finding weapons of mass destruction that did not exist, Barack Obama’s decision to intervene in Libya and his indecisiveness about a “red line” in Syria, and Donald Trump’s betrayal of the Kurds in the same country and his 2020 deal with the Taliban to withdraw U.S. troops from Afghanistan—has effectively caused terrorism to metastasize across the planet. Al Qaeda may no longer be as prominent as it was on 9/11, but it still exists and has a branch in North Africa; ISIS has affiliates there, too, and in Mozambique, and, of course, as the horrific attacks last Thursday at Kabul airport underscored, in Afghanistan. And the Taliban have returned to power, right where it all began twenty years ago.

Rory Stewart, a former British government minister who served on Prime Minister Theresa May’s National Security Council, told me that he has observed the events in Afghanistan with “horror”:

Throughout the Cold War, the United States had a consistent world view. Administrations came and went, but the world view didn’t change that much. And then, following 9/11, we—America’s allies—went along with the new theories it came up with to explain its response to the terrorist threat in Afghanistan and elsewhere. But there’s been a total lack of continuity since then; the way the United States viewed the world in 2006 is night and day to how it views it today. Afghanistan has gone from being the center of the world to one in which we are told that such places pose no threat at all. What that suggests is that all of the former theorizing now means nothing. To see this lurch to isolationism that is so sudden that it practically destroys everything we’ve fought for together for twenty years is deeply disturbing.