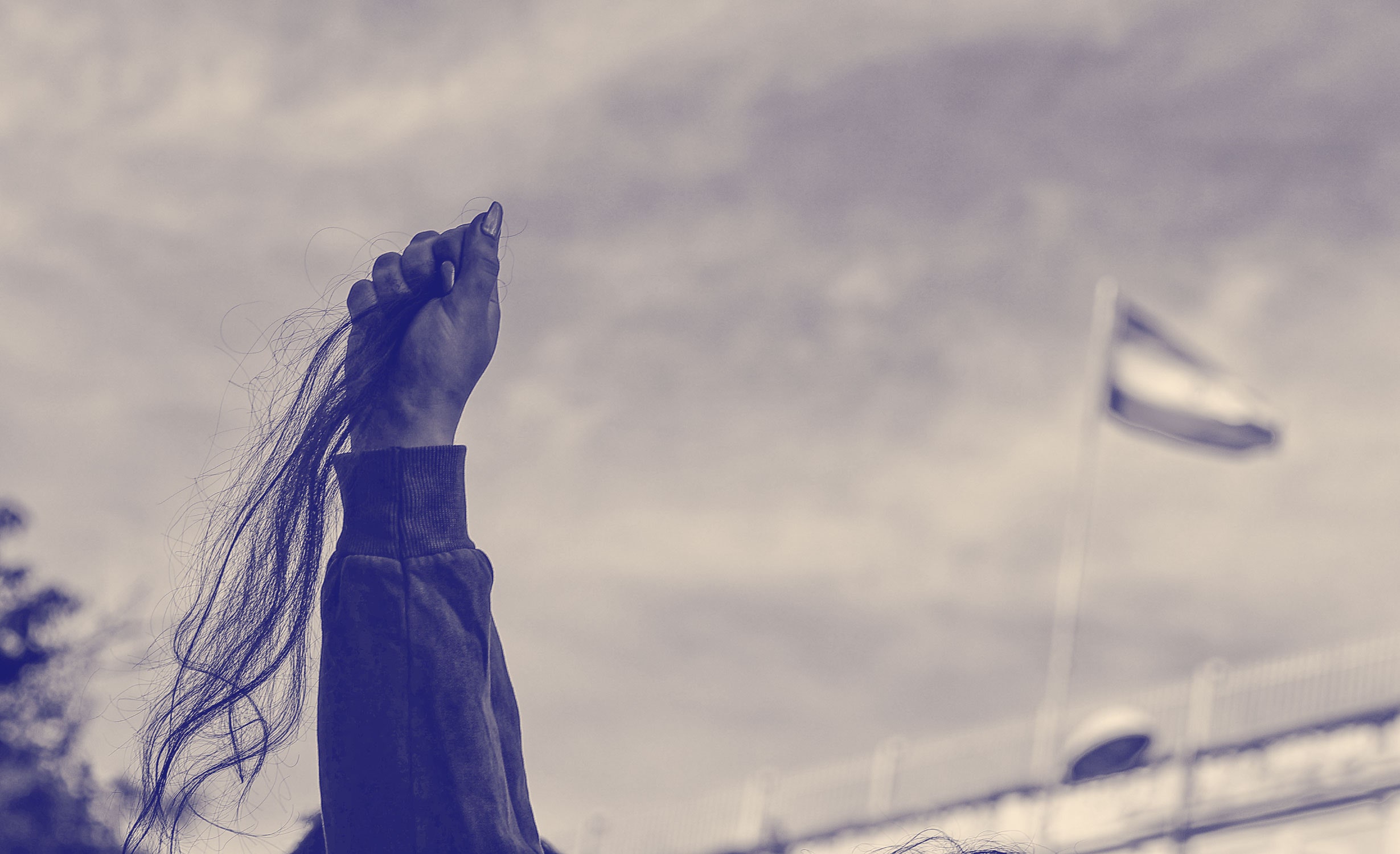 For the past two months, following the detention and death of Mahsa Amini, a twenty-two-year-old Kurdish Iranian woman, protests have shaken the Islamic Republic of Iran. The regime of Ayatollah Khamenei has so far been unable to stamp out the dissent, which has focussed particularly on the fact that women in Iran are forced to wear a covering for their hair. (Amini was arrested for apparently revealing too much of hers.) To talk about the state of the protest movement, and the fissures in Iranian society, I recently spoke by phone with the anthropologist Homa Hoodfar, a professor emerita at Concordia University in Montreal. Her work has ranged across Afghanistan, Pakistan, Egypt, and Iran, with a special focus on the place of women in Muslim societies, and on the politics of the veil. (In 2src16, Hoodfar, who was born in Iran, spent more than three months in jail there after authorities arrested her for “dabbling in feminism.”)

Our conversation, edited for length and clarity, is below. We discussed what is unique about the recent protests in Iran, what her experience in prison taught her about the Iranian regime, and how a theocratic government may have inadvertently weakened the connection between Iranians and Islam.

What distinguishes these protests from others in Iranian history?

Also, the protests didn’t start in the cities. They started in small towns and spread all over. They include people of all ages, especially young people. The strategy is not to have huge demonstrations, like in 2srcsrc9, when millions of people were in the street and it was very easy for the security forces to crush them.

Now they actually do multiple, smaller protest rallies in different spaces and neighborhoods. The regime, and the security forces, have to divide themselves. That is why we think the fatalities have been more limited than during other uprisings, but, of course, some estimate the number of arrestees to be twelve thousand. Many of them are young, and many are children.

Why do you think these protests have these different characteristics, and what do those things mean for the future?

In 2srcsrc9, the demands were primarily from the middle classes. And people were still hopeful that this regime would reform itself—it still had room to maneuver and negotiate with the public. But after the uprisings in 2src19, and the violent oppression and killing that happened then, when the regime didn’t bother to announce how many people were killed, and how many people were put in prison, Iranians passed a place of seeing any possibility of reforming the system. The present protest is not a protest to negotiate with this regime; the protesters want a different kind of regime.

We have economic problems, with a high inflation rate and huge unemployment. But all the government focusses on is the Islamization of society, and women, and what women wear, and what children do in school. That kind of tells you how far the regime and the public are from each other. They don’t hear each other at all, and therefore this movement is not a reform movement. I think a social revolution has happened. Whether it becomes a political revolution or not—that remains to be seen. But the fact is that people have basically given up on this regime.

That men and women, young and old, of different ethnicities—which is very important in the context of Iran—are joining as a united front makes it very different. It’s hopeful and inspiring, but also very worrisome, because I know that this regime will use extreme violence. The previous regime was certainly violent, but it was very careful about its image, both among the public and outside the country. This regime has passed the state of caring.

By “previous regime,” do you mean the Shah before the Revolution or earlier incarnations of the post-1979 regime?

No, I mean the Shah’s regime. In some ways, I think this regime has lost their constituency. They knew that they had a fixed constituency among the poor and working classes, but, since 2src17, they have lost that layer. Now the only constituency they have is the security forces. You can stay in power for a few years with only security forces supporting you, but I think it would be kind of impossible for the regime to continue to hope for any kind of stability.

You seem to be implying that women have social demands, and that their anger is exacerbated because the regime is focussing on social issues above all else.

Yes, that’s exactly what I mean. If, at least, the regime was able to deliver economic improvement, maybe some segment of society would forgive them, put up with them, and hope they would reform later. But they’re not doing that. In fact, the economic situation in Iran has gotten worse in the last six or seven years. Many people who would consider themselves middle class have fallen into the working class, and working-class people just don’t have enough to eat, never mind any other kind of luxury in life. That means that there’s nothing for people to feel this regime is delivering—the way they dealt with COVID, their handling of economic development. All they care about is Islamization.

There’s a united front about not wanting this regime, and that sentiment is held by religious people, too. Some religious people would rather have a secular regime because they realize that, when you have an Islamic regime, one segment of the population takes over, and it ruins our religion.

A few years ago, when I could still go to Iran, I was interviewing a merchant. I asked whether he felt the Revolution delivered what he expected. He said, “Under the Shah, we had nothing, but we had our mosque and God and Islam. Under this regime, we still don’t have anything, but we have lost our Islam and God as well. Nobody wants to go to mosque. Everybody makes fun of Islamic belief. This is what the Revolution has brought for us.” That really explains the mood that I see today in Iran. Many religious people are disappointed that this regime has used Islam for its own survival and interest.

In an old article, you write, “By looking at the re-introduction of compulsory veiling in the Islamic Republic of Iran under Khomenei and voluntary veiling of Muslim women in Canada, I argue that while veiling has been used and enforced by the Iranian state and by men as a means of regulating and controlling women’s lives, women have used the same institution to loosen the bonds of patriarchy imposed on them.” Can you talk about what you were trying to argue there?

People look at the veil as a piece of cloth, but the veil has always been a political institution, especially in the last hundred and fifty years, since the colonial era. I was looking at the veil in Canada, and I realized a lot of women wear the veil because they live with family. They don’t feel they can completely break their family ties, nor do they want to. But families are limiting them, because they don’t want their reputation and honor to be questioned. A lot of what they impose on these young women in the name of Islam is really cultural tradition.

Many young women want to go to university outside their home town. The parents absolutely disagree. They say the boys can go but the girls cannot. But when the girls put the veil on, it was obvious that they were announcing to the community that they were bound by Islamic mores—there was no question about them being immoral or engaging in things that are not Islamic. So, many of them put the veil on. They got more freedom to go out with their friends, or to university to study, or to participate in political discussion. And, because they were wearing this veil, the families were very proud of them.