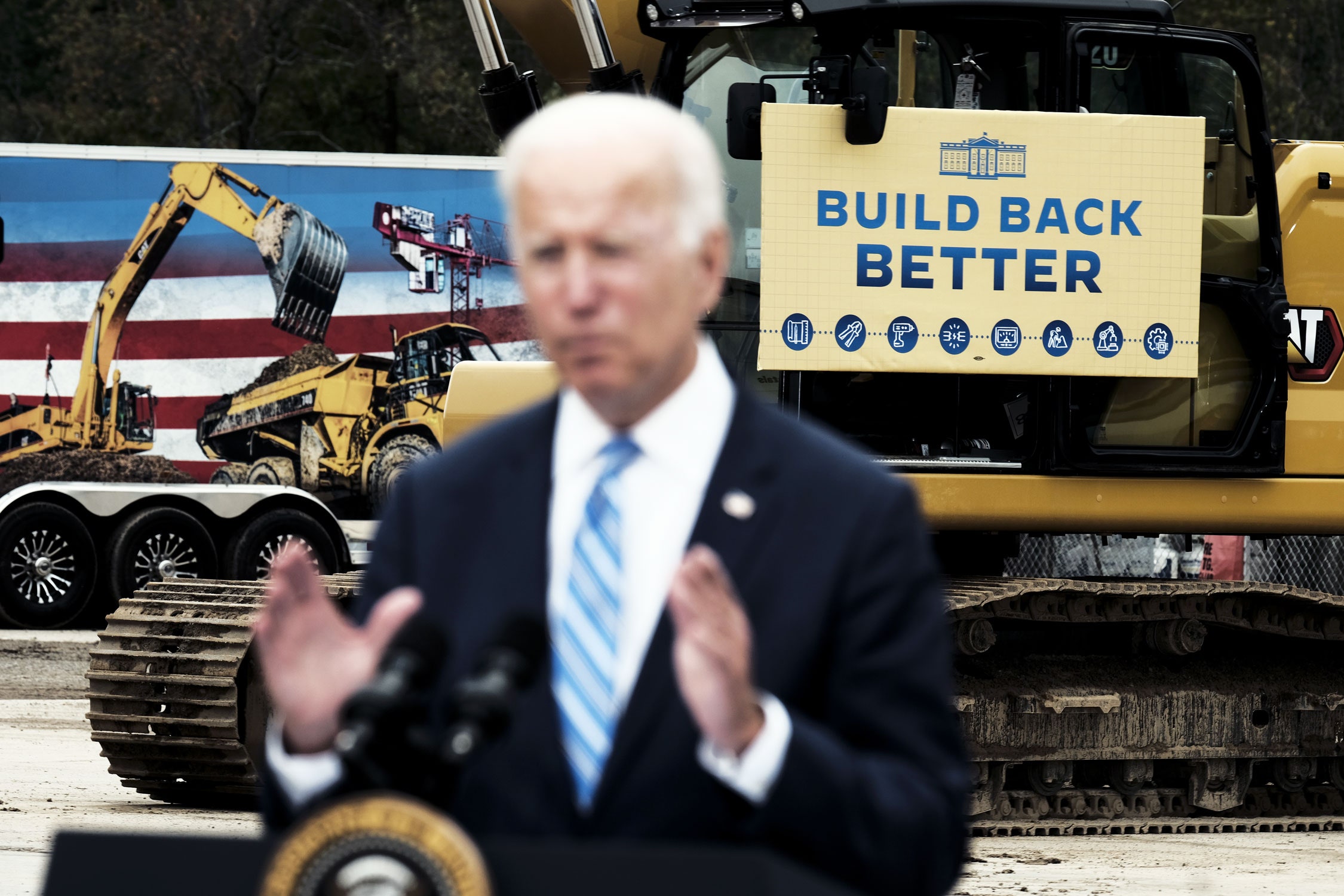 About a month after Joe Biden’s Inauguration, when he went on camera to support a nascent union at an Amazon warehouse in Bessemer, Alabama, people began calling him the most pro-labor President since Franklin Delano Roosevelt, or maybe ever. (“The bar’s not very high,” a union-lawyer friend pointed out.) Biden also endorsed unions on his first Labor Day in office, saying that they were necessary “to counter corporate power, to grow the economy from the bottom up and the middle out.” To run the Department of Labor, he chose Marty Walsh, the former mayor of Boston, who had led a local construction-workers union. The President later fired a Donald Trump appointee to the National Labor Relations Board who had tried to undermine its basic functioning, and replaced him with Jennifer Abruzzo, a longtime N.L.R.B. staff attorney. These agencies have since acted energetically, like antsy racehorses fresh out of the stable. They have targeted wage theft, misclassification of employees as independent contractors, harassment of organizers, interference with union elections, and underpayment of federal workers, if at a slower tempo than advocates would wish. Last year, the Democratic majority in the House passed the Protecting the Right to Organize Act, an omnibus labor bill that Biden campaigned on. Thanks to the filibuster, it had no chance of passage in the Senate.

Federal action is not all, but it sets the tone. Democratic attorneys general in multiple states are prosecuting employers who violate wage and hour laws. The number of private-sector workers trying to unionize is growing fast—notably, as I’ve reported, at Amazon, Starbucks, Chipotle, Apple, Trader Joe’s—and nearly seventy per cent of Americans say that they approve of such organizing. On Election Day, voters in Nebraska, Nevada, and Washington, D.C., will decide on minimum-wage increases. Two cities in Southern California will consider whether to raise the base wage for nurses—those pandemic heroes cheered from balconies not so long ago—to twenty-five dollars an hour. Illinoisans could vote to codify the right to collectively bargain in their constitution. “There’s a general feeling that workers have a much friendlier environment,” Alex Han, the organizing coördinator at Bargaining for the Common Good, a national labor-advocacy group, told me. “But, if you talk to voters in a swing state, swing voters, or Democratic voters, they’re not talking about Biden and labor policy.”

The reason is simple: inflation. And, after months of rising prices, the Federal Reserve recently decided to intervene. The supposed economics are easy enough to understand. By raising interest rates, the Fed hopes that people will spend less money, and the cost of things will come down. But built into this model is what economists not so euphemistically call a sacrifice ratio: for inflation to return to an acceptable rate, more people will have to be unemployed.

What’s tricky is that those workers now at risk of losing their jobs, and the consumers beset by grocery-store sticker shock, are one and the same. They are also prospective voters, telling pollsters that “the economy” is their top priority in next week’s midterm elections. But when did the majority of voters ever say otherwise, and will they actually turn out to vote? “The economy” is too big a category—a galaxy, not a star. It could mean jobs, wages, housing, and workers’ bargaining power. Or monetary policy, tax rates, the performance of stocks, and, yes, inflation. The politician’s task, year to year, is to sway voters’ perceptions of a given constellation.

In 2src2src, during the last federal election, the economy was assessed in largely human terms: pandemic survival, essential labor, and the prevention of mass joblessness and mass evictions. President Biden continued some of President Trump’s policies (such as stimulus checks and expanded unemployment benefits), and added some of his own (such as cash payments to families with children), through the American Rescue Plan. But when those benefits proved effective—and when, combined with rising pay and strengthened labor laws, they gave workers leverage in the job market—they came under Republican attack. The expansion of unemployment, initially seen as an exigent backstop, was now portrayed as a golden parachute that encouraged people not to work. And those who were still employed were paid too much, according to the G.O.P. All that money sloshing around in people’s bank accounts, spent or unspent—not the war in Ukraine or the pandemic-induced supply-chain crisis—evidently forced prices up. This selective diagnosis of inflation was a way of scapegoating the working class. “It really says something about the way we evaluate the economy,” Angela Hanks, the chief of programs at the think tank Demos and a former Deputy Assistant Secretary in Biden’s Labor Department, told me.

Republicans in state, local, and federal races are leading a backlash against a worker-centric version of the economy. They have a single talking point: the “reckless” inflationary hardship caused by Biden and his party. In response, many Democrats have cowered, apparently believing that their position on abortion will save them. They have neglected to point out the global nature of inflation, the ten million new jobs created under Biden, the pandemic relief that has kept people housed, the record drop in child poverty, the spread of union organizing, or the Administration’s (temporarily enjoined) student-loan-forgiveness program. Few candidates have opted to appear in public with Biden, whose approval rating is around forty per cent. The First Lady and Vice-President Kamala Harris have served as the President’s surrogates. Bernie Sanders, meanwhile, in his usual role of left-flank messenger, is on a tour of eight states.

In early October, Sanders argued in a Guardian op-ed that Democrats running for office should be careful not to ignore inflation or labor issues (or, implicitly, the overlap between class and reproductive rights). Polling has seemed to prove him correct, as the economy has continued to come in far above abortion as a concern for all voters.

Getting Americans motivated to cast a ballot, and a pro-worker ballot at that, is difficult in any midterm election. Toss in the scourge of inflation, and a voter finds herself internally at war: the anxious consumer versus the struggling wage laborer. For this reason, Democrats at every level may be especially reliant on unions to perform voter outreach and turnout this cycle. Workers need to hear from other workers who know, from experience, that price increases aren’t caused by their three-dollar-an-hour raises as much as by profit-seeking conglomerates and landlords collecting unregulated rents. It’s striking how infrequently Democrats discuss the fact that eleven million American families spend more than half their income to stay housed.

There’s the option, too, of keeping things simple—in a Trumpian way. In December of 2src16, the liberal economist Mike Konczal rewatched footage of Trump rallies from the month before the election, “trying to figure out how he did it, and how the Democrats can rebuild their economic message out of this mess,” he wrote, in an article for Vox. Konczal looked and listened for the themes that had charmed tens of millions of voters. Trump’s build-the-wall cruelty was there, in abundance, but it ranked second to an emotionally powerful refrain of jobs, jobs, jobs. The vision of work that Trump conjured was implausible but undeniably appealing: secure, highly paid manufacturing jobs, forever based in the U.S.A. He told working-class audiences to hate liberals instead of bankers, to hate China instead of corporate America.

“There has been an ongoing battle to win the working class since 2src16,” Joseph Geevarghese, the director of Our Revolution, a political-organizing group backed by Sanders, told me. “Especially in the Midwest, which used to be the foundation of the American labor movement and the Democratic Party, but where unions have declined and factories have closed, Donald Trump came and spoke to this issue.” President Biden, in his appointments and his legislative agenda, however incomplete, has done more than sloganeer. He has tried to improve conditions for workers and their unions and make good on what, to Trump, was merely bombast. But who will remember Biden’s pro-labor record, let alone vote on it, when the Democrats say so little about their vision for the economy? ♦