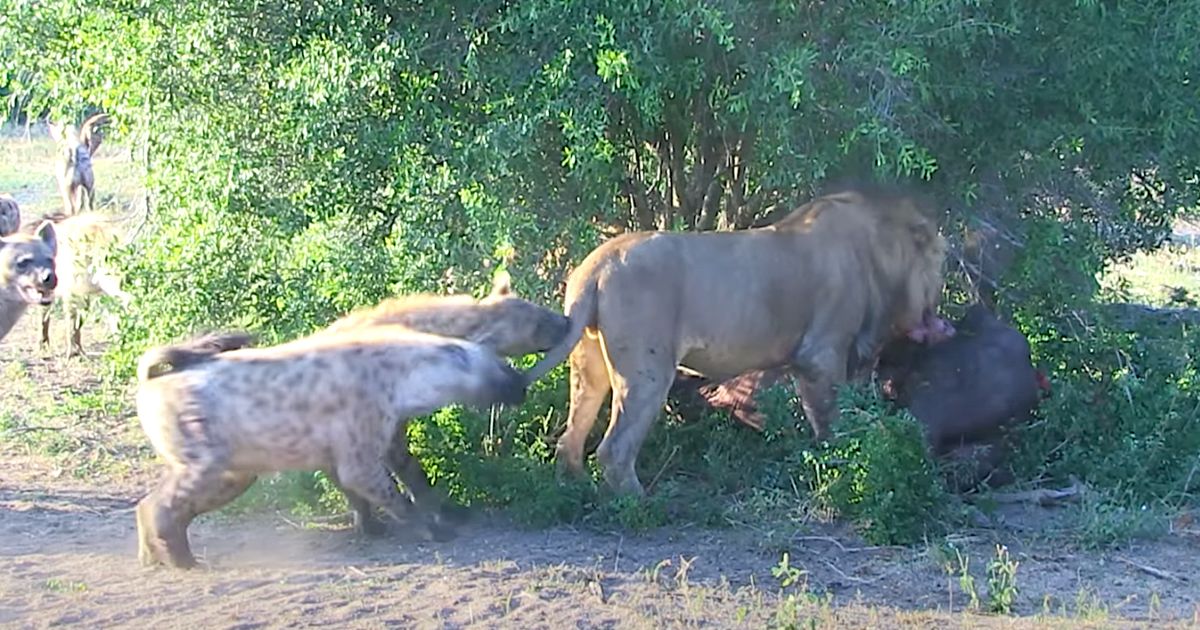 A clan of hyenas surrounded a young male lion feasting on a live buffalo in South Africa, and two of the scavengers bit the apex predator’s tail to disengage him from the quarry. (Watch the video below.)

The lion lunged at the shrieking, whooping hyenas, whose sounds seemed just as disconcerting as their determination to have dibs on the leftovers.

“Once the buffalo had finally died, the hyenas grew more and more excited and worked themselves up to the point that they became bold enough to take on the lion and nip its heels and then even its tail,” MalaMala Game Reserve field guide Mike Kirkman told Latest Sightings, a website that posts wildlife footage.

Kirkman said the young lion lacked the confidence of his elders.

“Eventually the constant harassment, mobbing and noise from the hyenas drove him off,” he told Latest Sightings, which posted a clip of the encounter to YouTube last week.

These hyenas were mostly interested in the buffalo, but occasionally they’ll target a lion if they have the numbers.

Hyenas outnumber lions 3-to-1 in places like northern Tanzania’s Serengeti, according to National Geographic ― so the big cats often have their work cut out for them.