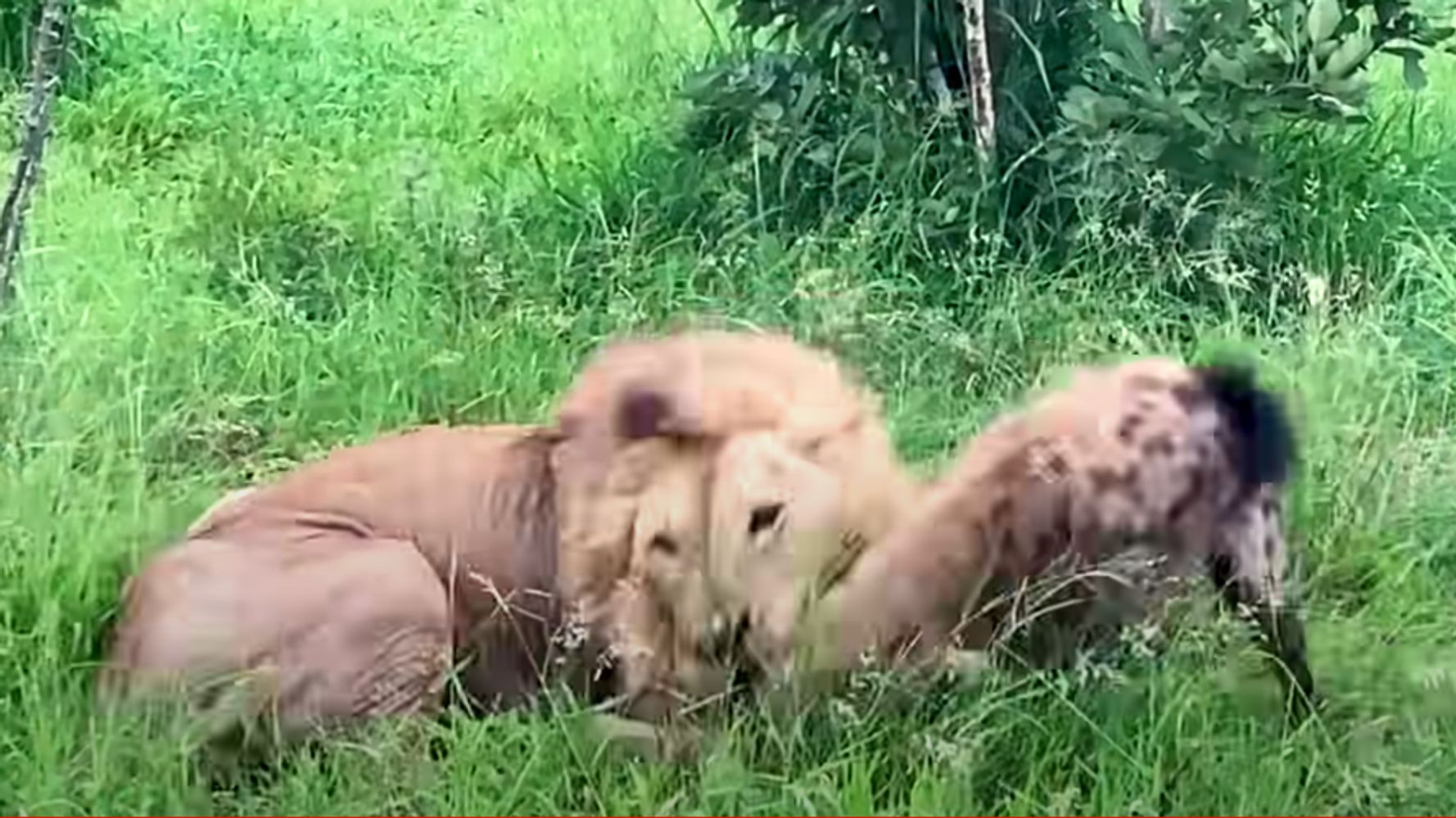 A screeching hyena appeared headed for death when a lion clamped down on its scavenging rival at Sabi Sands Game Reserve in South Africa. (Watch the video below.)

But the determined hyena managed to escape.

The scenario, shared by the wildlife platform Latest Sightings on YouTube on June 7, unfolded when two hyenas tried to steal the kill of a leopard and the lion pounced on one of the hyenas, videographer Dean Robinson told the site. The leopard skedaddled up a tree and watched the lion attempt to eliminate the remaining hyena.

Lions rarely eat hyenas but they’re down for a kill to decrease competition.

This encounter seemed destined for a fatal outcome. But, Robinson said, “Fortunately for the hyena, the lion loosened its grip for a split second and the hyena took its chance, and made a getaway. The leopard was safe in the tree, the hyena ran away and the lion left the scene.”

Lions, with the exception of the old and the weak ones, tend to not consume hyenas because they dislike the taste of the animals due to their diet, according to animalfoodplanet.com. The big cats prefer herbivores because the meat of those animals has more fat and nutrients.