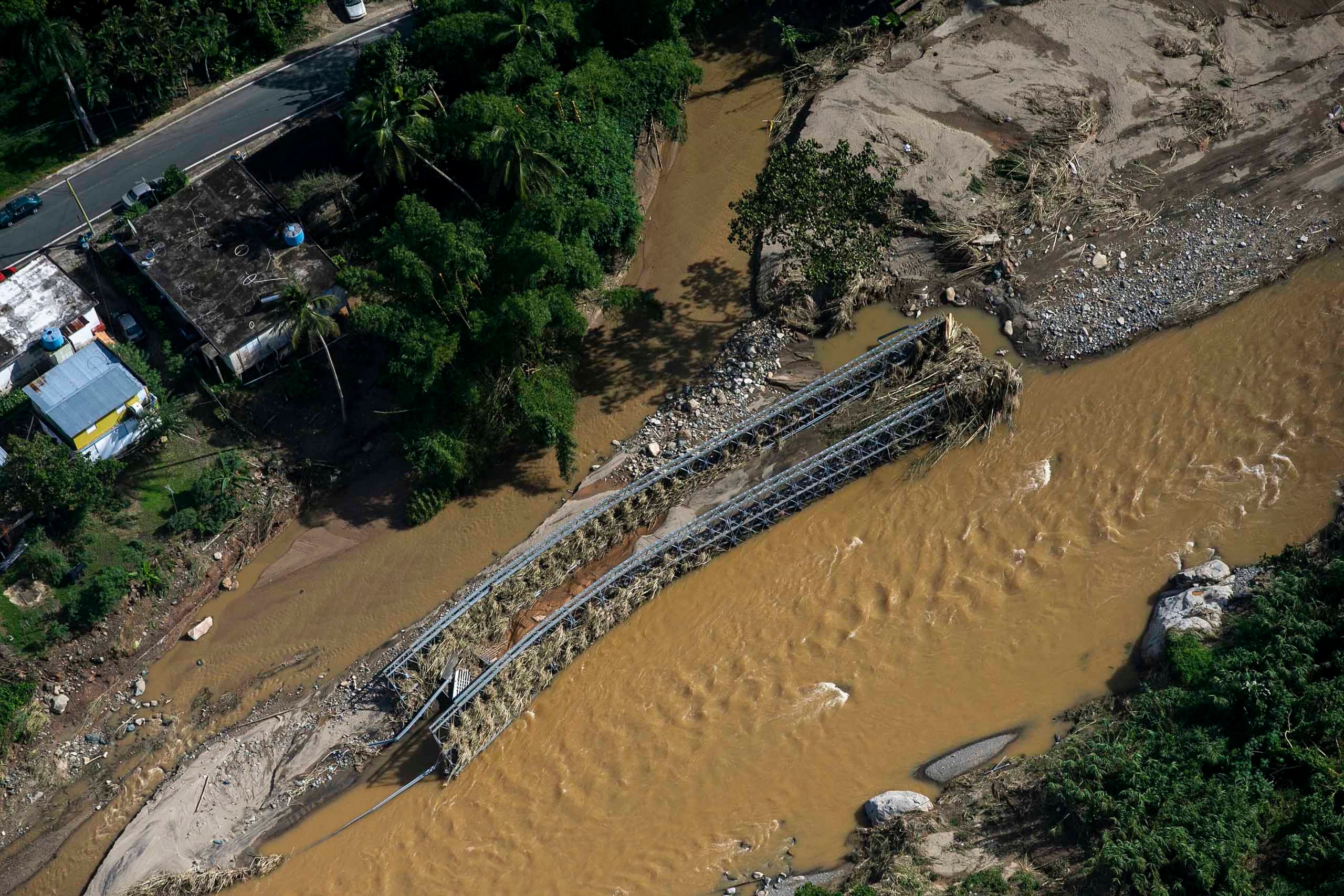 Even before Hurricane Fiona made landfall in Puerto Rico, on September 18th, it managed to knock out the island’s fragile electrical grid. It arrived as a Category 1 storm, at a time when Puerto Ricans were marking the thirty-third anniversary of Hurricane Hugo and the fifth anniversary of Hurricane Maria. This time, the destruction came less from wind than from water; some areas in the south saw well over two feet of rain. Mudslides inundated roads and rivers overflowed into homes and swept away bridges.

Hurricanes have repeatedly brought destruction to Utuado, a town in the mountains of central Puerto Rico. In 2src17, Hurricane Maria washed away a bridge that locals depended on; a temporary bridge replaced it. Hurricane Fiona then washed away the temporary bridge, an act that seemed symbolic of the short-term fixes and sluggish rebuilding efforts that have plagued the U.S. territory. Since Maria, federal recovery funds have mostly gone to emergency response, not infrastructure, and the vast majority still hasn’t been spent.

On Saturday, I spoke with Astrid Cruz-Negrón, who teaches high-school Spanish in Utuado. Cruz-Negrón, a longtime mutual-aid organizer, was elected, in 2src2src, as a member of the city council with the Puerto Rican Independence Party, which advocates for Puerto Rico’s independence from the U.S. “We had very little time to prepare,” she said, of the recent hurricane. “It was said that Fiona was not going to go directly through Puerto Rico until it was almost here.” She added that, during the storm, constituents told her they had evacuated their homes only to find that their regular storm shelters had been closed or relocated.

Cruz-Negrón’s house regained intermittent power after about a week, but by Tuesday hundreds of thousands of Puerto Ricans were still without electricity, and some parts of the island did not have running water. She told me about surviving Maria and Fiona, surveying the damage, and helping to organize “solidarity brigades” to distribute supplies. Her account has been translated, edited, and condensed.

“Fiona happened very slowly. We spent many hours receiving rain. During the hurricane, I was watchful. The pressure doesn’t allow you to rest or do other tasks. Everyone is attuned to the sound of the winds outside, attentive to the projectiles flying around or the rain that is falling—looking through the windows to see what areas of the patio are flooding, and removing water from where the roof is leaking. You’re also trying to prepare food to keep everyone fed. And we tried to get some rest afterward, because it was a long day.

“I am very active in community affairs and I sit on the city council. During the storm, I received many messages from people who were going to a shelter because their houses were flooding. When they got to the school that was supposed to be a safe haven, it was closed. I was moving around the house looking for an Internet signal, to be able to tell the authorities what was going on.

“The power in Utuado went out on Saturday, at noon. The reality is that we get a lot of blackouts, even without any atmospheric phenomena, as if it were always an emergency. Part of Saturday and all of Sunday, you couldn’t really leave the house at all. We spent a few days without running water. When the water came back, it was very cloudy, as if it contained mud.

“The town of Utuado, like a large part of Puerto Rico, got really flooded. There have been many landslides, because Utuado has unstable, sandy soil. There are still areas that are cut off. It will take a long time to be able to rebuild, because even from Maria we had not rebuilt properly. The recovery isn’t finished. It is as if Hurricane Maria never finished leaving us.

“Nothing compares with the depressing memory of Maria. Utuado is completely green and mountainous, but the wind was so powerful that it burned the mountains, it stripped the vegetation. You couldn’t see a green leaf anywhere. It only left tree trunks and bare earth. It looked like a horror scene, all brown. There were a lot of fallen trees in the roads, so people quickly went out and cut paths with machetes.

“Now it’s mostly flooding, and the truth is that people weren’t in the mood to leave the house. People did not throw themselves into the street quickly. Water has the ability to take anything with it, and one has a lot of respect and fear of it. Places that we didn’t think were going to flood—well, they did. You realize how insecure we are.

“Being able to really prepare for these emergencies as an individual is, in certain ways, a privilege. There are people who simply survive on what they have in the pantry. They live paycheck to paycheck, and the food runs out. Some of us have been moving around those communities that are isolated, incommunicado, and taking stock of people’s needs.

“When you really get into isolated areas, it’s as though you’re in a different country, one we don’t see in the urban areas or in the media. There was a case of a man who is more than eighty years old, a caregiver for his wife, who is literally bedridden and cannot stand up or help herself at all. The husband should have someone taking care of him. Instead, he has to change her diapers and give her food through a nasogastric feeding tube, because she cannot eat. All these activities require extreme hygiene—washing your hands in order to handle everything. All this without clean running water.

“That was one of the hardest days for me. You’re seeing the most dramatic display of inequality. It hurts. It outrages me.

“In these moments, I believe that the most serious crisis is not natural. It’s not made by nature. Atmospheric phenomena have to occur, but we have seen that, regardless of the strength of the storm, what causes the most damage is the fragility of the social system, of the infrastructure, of the capacity to respond.

“We don’t trust the privatized electricity-distribution company, LUMA, that the government of Puerto Rico contracted. People have been protesting in the streets because they’ve raised the price of electricity several times, all while delivering very poor service. Every day it’s worse. They’re severely understaffed, and their workers do not know our topography.

“The diesel that many businesses use for their industrial plants is in short supply, which is a big concern because it’s also what the water plants use in their generators. There is a total crisis in all services, even in the supplies that are received privately, because the government does not regulate things properly.

“Today there is a distribution of supplies in some communities that the Puerto Rican Independence Party committee has arranged with some students from the University of Puerto Rico, Río Piedras Campus. This brigade has collected supplies and wants to allocate them all. I was supposed to go and coördinate. But I will not be able to, because today I don’t feel well. I’m going to take a COVID test because my throat hurts a lot.

“Many times, solidarity brigades solve problems, and, well, that’s the people helping the people. The truth is that, on this island, we are all the same people.” ♦