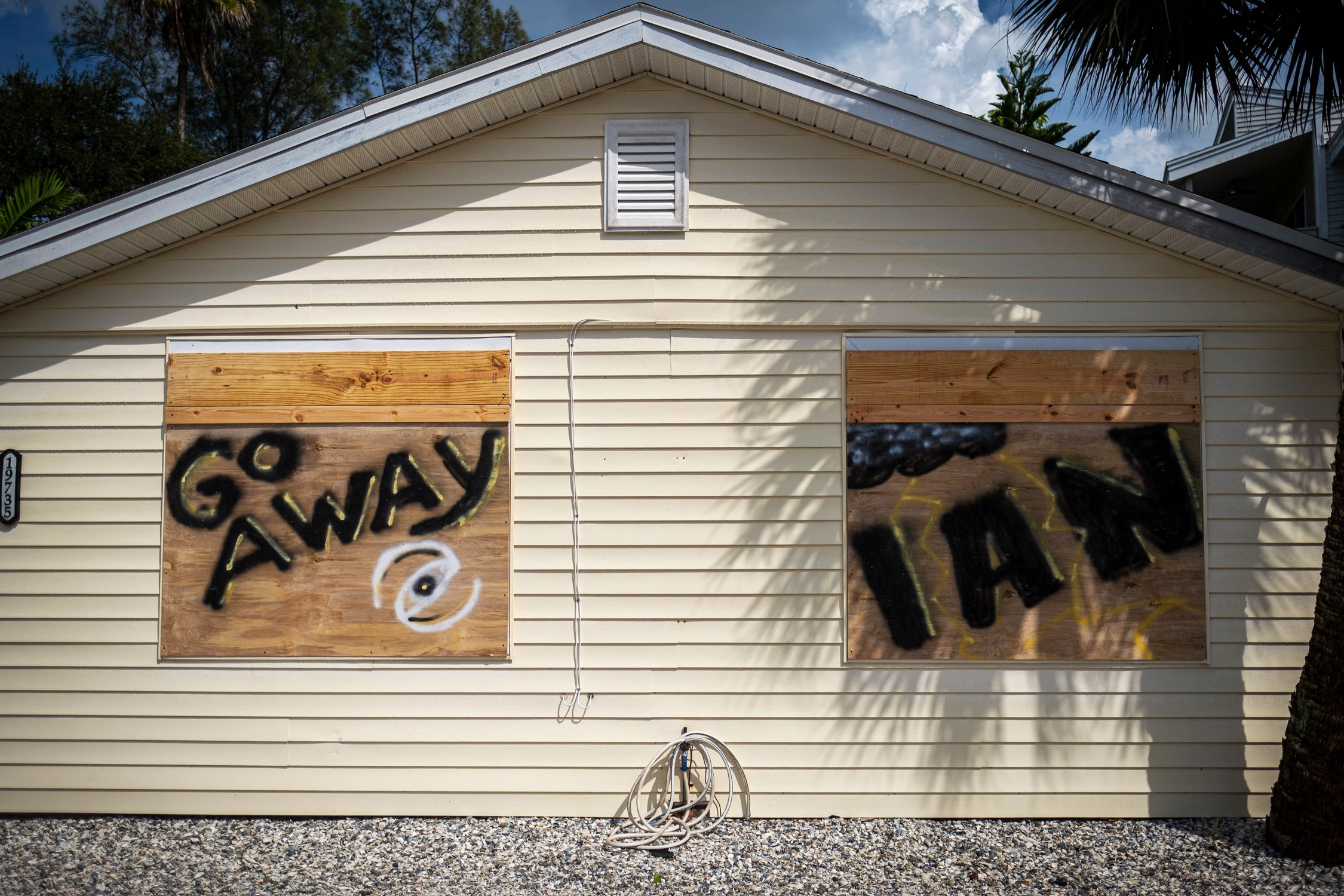 Hurricane Ian, which made landfall in southwest Florida on Wednesday, may join that lineage of truly monster storms—Katrina, Sandy, Camille—whose names are repeated for generations. Ian hit Cuba on Tuesday as a Category 3 hurricane, causing an island-wide blackout that left eleven million people without power. The storm blessedly moved a little to the east overnight, sparing Tampa Bay a direct hit; it cursedly jumped in strength to the very border of Category 5 on the intensity scale, and so Floridians face a deadly combination of roaring wind, surging ocean, and pelting rain. Whatever the eventual damage, it’s already another stark demonstration of what happens when there’s too much physical energy in a closed system, and too little political energy.

Physical energy first. We’ve trapped a huge amount of the sun’s heat in the atmosphere by burning fossil fuel—the heat equivalent of more than half a million Hiroshima-sized explosions each day. That energy gets expressed in many ways. Some of it drives mammoth heat waves, such as the one that afflicted China for most of the summer. (Next week, the temperature there is forecast to top forty degrees Celsius—a hundred and four degrees Fahrenheit—which would be a national record for October.) Most of that excess heat—about ninety-three per cent of it—has gone not into the atmosphere but into the oceans, and that has a direct bearing on storms like Ian. Hurricanes draw their power from ocean heat, and so more storms in recent years have shown an inclination toward what scientists call “rapid intensification,” their winds spinning up rapidly as they pass over patches of particularly hot water (such as, for instance, the current Gulf of Mexico).

Some of that energy also melts ice, in glaciers, marine ice sheets, and polar ice caps, and that has started to raise the level of the oceans. But heat also does something else: the molecules in hot water move faster, taking up more space. This “thermal expansion” accounts for about half of the observed sea-level rise so far; together with the melt, it means, as Jeff Masters of Yale Climate Connections noted, that the water in Tampa Bay is a foot higher than it was in 1921, when a great hurricane devastated the region. (There are also, sadly, particularly high tides this week, attributable not to man but to the moon.) Give a hurricane a foot-high head start and it can do plenty of extra damage.

And Ian has another devastating edge on earlier storms: the atmosphere is wetter than before, because warm air can hold more water vapor than cold air can. This is part of the reason that we’ve seen one record-setting rainfall after another in recent years. (Hurricane Harvey, in 2src17, dropped five feet of rain on the Texas coast, near Houston, smashing the continental record.) Forecasters are predicting that we could see as much as two feet of rain in parts of Florida from this storm, falling on ground that is already saturated from earlier rains.

It’s not as if any of this is a secret: scientists have been explaining each of these phenomena for decades. And yet officials, seemingly lacking the political energy, have done little, if anything, with the information. Florida’s governor, Ron DeSantis (who may now be wishing that he hadn’t spent funds budgeted to the Florida Department of Transportation on the political stunt of flying migrants to Martha’s Vineyard earlier this month) summed up his level of concern about global warming last year. “What I’ve found,” he said, “is, people when they start talking about things like global warming, they typically use that as a pretext to do a bunch of left-wing things that they would want to do anyways. We are not doing any left-wing stuff.”

Instead, Florida has done what it always does—it has grown, particularly along its coast. Take Cape Coral, a city very near where Ian made landfall. It’s the fastest-growing city in southwest Florida, and part of the eighth-fastest-growing metro area in the United States. New commercial and residential development absorbs about five hundred acres a year. One very much hopes that those acres make it through today unscathed, but that seems unlikely, and the state hasn’t yet managed to fix its rickety property-insurance system, which will make recovery harder for many.

Today’s task for Floridians is survival, and the next week’s task—which the nation should share—is recovery. But the other job is limiting the danger going forward, and it must be approached with the same energy that Ian is bringing onshore this week. ♦