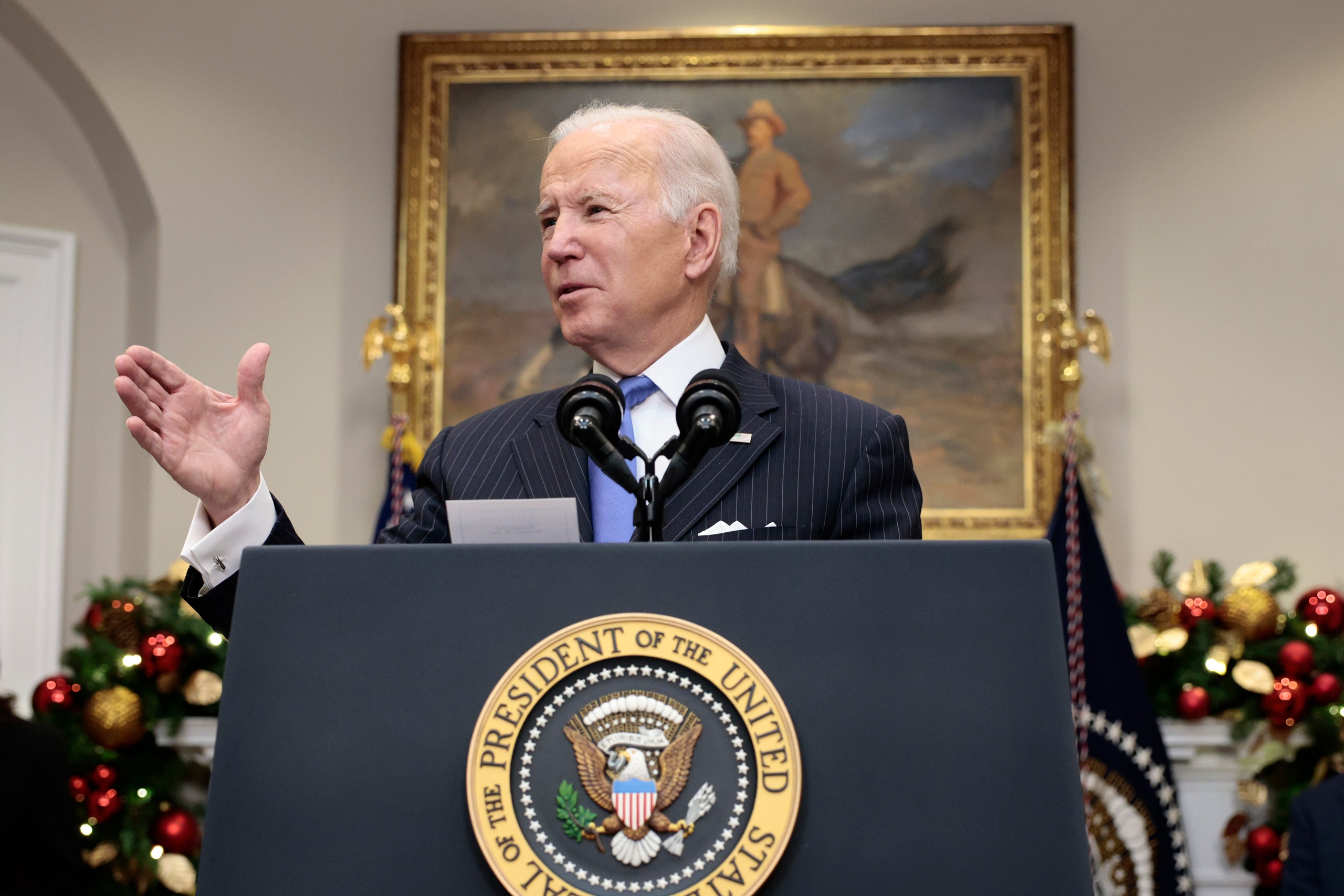 What a difference a few days makes. This time last week, retail analysts were looking forward to a bumper holiday-shopping season, the stock market was making new highs seemingly by the day, and economists were predicting that annualized G.D.P. growth could top eight per cent in the final quarter of the year. The Delta-variant surge in COVID-19 cases, which had been rapid during the summer, seemed to be behind us. Speaking at a White House event where President Joe Biden announced that he was nominating Jerome Powell for a second term as the chairman of the Federal Reserve, Powell said, “Today, the economy is expanding at its fastest pace in many years, carrying the promise of a return to maximum employment.”

Then came the news of the Omicron variant, which prompted the worst Black Friday sell-off on Wall Street since 1931 and a distinct change in tone from Powell. “The recent rise in COVID-19 cases and the emergence of the Omicron variant pose downside risks to employment and economic activity and increased uncertainty for inflation,” he said, in prepared congressional testimony that the Fed posted on its Web site on Monday afternoon. “Greater concerns about the virus could reduce people’s willingness to work in person, which would slow progress in the labor market and intensify supply-chain disruptions.”

Before the release of Powell’s testimony, the financial markets had rebounded somewhat from Friday’s drop. The Dow rose by more than two hundred points, and the S. & P. 500 also closed up. The price of U.S. Treasury bonds, which are widely regarded as a haven during times of market stress, fell back after posting big gains before the weekend. Crude oil, which on Friday plunged by about ten dollars a barrel, owing to worries of a slowing global economy, rose by about three dollars.

For once, the market reaction was reasonably rational. The discovery of a new variant, possibly a more contagious one, and the immediate imposition by many governments of new travel restrictions, created a lot of uncertainty about the global economy. Because investors had been pricing in a “new normal” in which COVID-19 didn’t go away but did become manageable, a wave of precautionary selling and profit-taking was inevitable. Similarly, given how little we really know about Omicron, Monday’s pause to assess things also made sense. There were reports from South Africa that some of the new cases are mild ones, but scientists warned that it’s too early to reach any judgment about the lethality of the new variant. Anthony Fauci, the President’s chief medical adviser, informed him at a meeting of the White House COVID-19 response team that it would take about two weeks to “have more definitive information on the transmissibility, severity, and other characteristics of the variant.” Afterward, Biden urged Americans to get fully vaccinated and wear masks indoors, but he said that further lockdowns were “off the table” for now. “The variant is a cause for concern, not a cause for panic,” he added.

Even if that final scenario smacks of wishful thinking, it is true that the range of possible outcomes is broad. It is also important to note that the situation is very different from the start of the pandemic, when the original strain of the coronavirus had free rein. For an extremely bad economic outcome to materialize, there would have to be another wave of widespread and lengthy lockdowns—either compulsory ones imposed by governments or voluntary ones caused by people retreating to their homes out of fear. Such a set of events is conceivable, but it would likely have to be preceded by a big wave of hospitalizations and deaths in areas where Omicron is circulating, not merely more cases. As long as the vaccines continue to offer protection against the most serious illnesses, countries with high rates of vaccination will hopefully be able to escape such a tragedy. (As experts have long argued, to protect the residents of developing countries, which generally have lower rates of vaccination, it is imperative to make vaccines more widely available.)

For now, the Biden Administration and other governments are extremely reluctant to impose more lockdowns, which would be politically controversial and economically damaging. Their medical advisers are busy pointing out that the vaccines have provided significant protection against the previous variants. There is “reason to be optimistic,” Francis Collins, the director of the National Institutes of Health, told MSNBC on Monday. However, the World Health Organization released a technical note that described Omicron as “a highly divergent variant,” and it said that the over-all global risk from Omicron is “very high.”

Powell’s warning about downside economic risks means that an appearance he’ll make before the Senate Banking Committee on Tuesday will be closely watched. It comes as the Fed is set to decide whether to tighten monetary policy more rapidly to head off higher inflation. The emergence of Omicron further complicates this decision, because, as Powell indicated in his prepared testimony, it could affect the economy in several different ways. If a severe fourth wave does materialize, hiring could appreciably slow again, but short-term inflationary pressures could also conceivably increase as disruptions to the supply chain intensify. The year-end meeting of the Fed will be held in a couple weeks. Between now and then, Powell and his colleagues will be watching the news anxiously. Just like the rest of us.