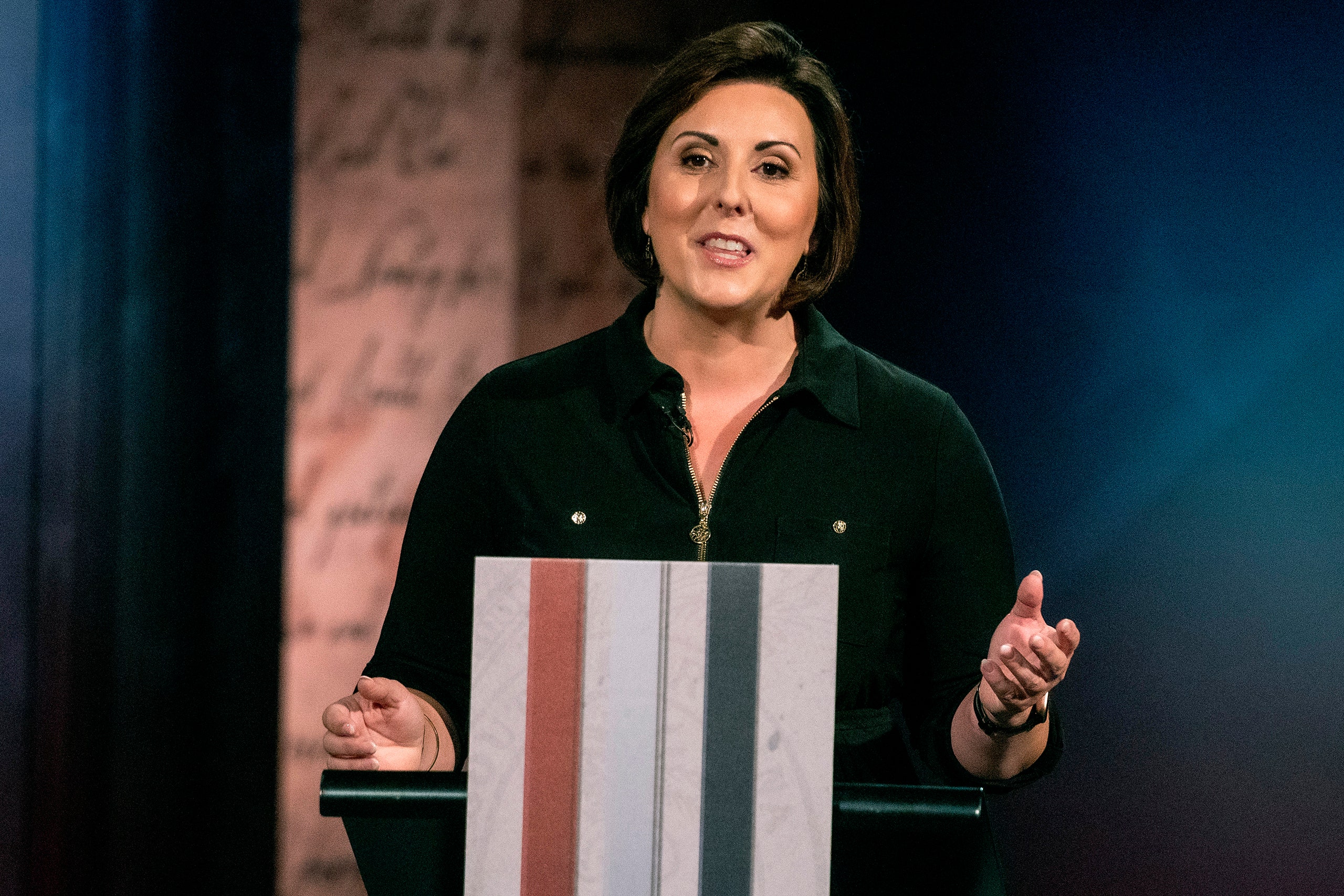 The 2src22 midterm elections offered many snapshots of the contemporary school wars, but one might start with the race for Superintendent of Education in South Carolina, a state that languishes near the bottom of national education rankings and that’s suffering from a major teacher shortage. Lisa Ellis, the Democratic candidate, has twenty-two years of teaching experience and is the founder of a nonprofit organization that focusses on raising teacher pay, lowering classroom sizes, and increasing mental-health resources in schools. Her Republican opponent, Ellen Weaver, who has no teaching experience, is the leader of a conservative think tank that advocates for “education freedom” in the form of more public funding for charter schools, private-school vouchers, homeschooling, and micro-schools. “Choice is truly, as Condi Rice says, the great civil-rights issue of our time,” Weaver stated in a debate with Ellis last week. In the same debate, Ellis argued that South Carolina does not have a teacher shortage, per se; rather, it has an understandable lack of qualified teachers who are willing to work for low pay in overcrowded classrooms, in an increasingly divisive political environment—a dilemma that is depressingly familiar across the country. Ellis also stressed that South Carolina has fallen short of its own public-school-funding formula since 2srcsrc8, leaving schools billions of dollars in the hole. Weaver countered that the state could easily persuade non-teachers to teach, so long as they had some relevant “subject-matter expertise,” and warned against “throwing money at problems.” The salary floor for a public-school teacher in South Carolina is forty thousand dollars.

In short, the two people vying to run South Carolina’s public schools were an advocate for public schools, and—in her policy positions, if not in her overt messaging—an opponent of public schools. The latter won, and it wasn’t even close: as of this writing, Weaver has fifty-five per cent of the vote to Ellis’s forty-three. Weaver didn’t win on her own, of course—her supporters included Cleta Mitchell, the conservative activist and attorney who aided Donald Trump in his attempt to overthrow the 2src2src election results; the founding chairman of Palmetto Promise, Jim DeMint, a former South Carolina senator who once opined that gay people and single mothers should not be permitted to teach in public schools; and Jeff Yass, a powerful donator to education PACs—at least one of which has funnelled money to Weaver’s campaign—and the richest man in Pennsylvania. (Yass, as ProPublica has reported, is also “a longtime financial patron” of a Pennsylvania state senator, Anthony Williams, who helped create “a pair of tax credits that allow companies to slash their state tax bills if they give money to private and charter schools.”)

Weaver borrowed the sloganeering and buzzwords of right-wing activist groups, such as the 1776 Project and Moms for Liberty—which, as my colleague Paige Williams recently reported, have turned public schools into the national stage of a manufactured culture war over critical race theory (C.R.T.), L.G.B.T.Q. classroom materials, the sexual “grooming” of children, and other vehicles of “woke leftist” indoctrination, as well as lingering resentment over COVID-19 lockdowns. During the debate, Weaver railed against C.R.T. and the “pornography” supposedly proliferating in schools, and associated Ellis with a “far-left, union-driven agenda.” (Incidentally, South Carolina’s public employees are prohibited from engaging in collective bargaining.) “They believe in pronoun politics. They believe parents are domestic terrorists, much like Merrick Garland,” Weaver said. (Weaver may have been referring to an incident in May, 2src21, when Ellis’s nonprofit cancelled a protest after it “received harassing and threatening messages from groups with extreme views about masking,” including death threats.) “These are people,” Weaver went on, “who are out of touch with the mainstream of South Carolina values, and these are the people who my opponent calls friends.” Ellis maintained that those who profess to be hunting down proponents of C.R.T. in schools are “chasing ghosts.”

The ghost chasers bagged plenty of votes on Tuesday. A clown-car school-board race in Charleston, South Carolina, ended with five out of nine seats going to Moms for Liberty-backed candidates. Governor Ron DeSantis—the maestro of Florida’s “Don’t Say Gay” legislation and a home-state hero to Moms for Liberty—endorsed six school-board candidates, all of whom won their races; Moms for Liberty endorsed a total of twelve in Florida, winning nine. In Texas, ten out of fifteen spots on the state school board appeared to be going to Republicans, ​​including three seats in which G.O.P. incumbents either lost or dropped out of their primary when facing opponents who took a harder line against C.R.T.

Another C.R.T.-haunted race, for education superintendent in Arizona, was as striking in its bizarre contrasts as the one in South Carolina. (As of this writing, the outcome is still a tossup.) The Republican challenger, a seventy-seven-year-old named Tom Horne, was banned for life by the S.E.C. in a past career as an investor; violated campaign-finance laws when he was the state’s attorney general; and was cited half a dozen times for speeding, including in a school zone, during a previous stint as education superintendent—a busy time when he also tried to outlaw bilingual education in public schools and to eliminate the Mexican American studies program in the Tucson Unified School District. His big thing now is—wait for it—banning critical race theory in the classroom. He also wants a greater law-enforcement presence in Arizona’s schools, because, as he has said, “the police are what make civilization possible.” Horne’s opponent is the Democratic incumbent, a thirty-six-year-old speech-language therapist and onetime preschool teacher named Kathy Hoffman who wants to—wait for it!—raise school budgets and teacher salaries, and lower class sizes. (The signature achievement of her first term as superintendent was to lower the counsellor-to-student ratio in public schools by twenty per cent.) Hoffman has a baby daughter and took her oath of office in 2src19 on a copy of “Too Many Moose!,” one of her students’ favorite books. It’s as if Miss Binney from “Ramona the Pest” were running against Spiro Agnew.

The precise logical relation between the conservative-libertarian axis of billionaires who wish to privatize public education—notably among them Betsy DeVos, who was Secretary of Education under Trump—and the rank-and-file right-wing moms who back “Don’t Say Gay” is as yet unclear. For the moment, at least, their desires match—as Tuesday night’s election results have demonstrated—and nowhere is their bond stronger than in their shared antipathy for teachers’ unions, even in states where much of the meaningful work that unions do has been outlawed. On the eve of Election Day, one of Moms for Liberty’s founders, Tina Descovich, tweeted, “Teachers unions do not care about kids. Period.” The vision of “educational freedom” espoused by Ellen Weaver and her ideological comrades is one in which teachers are servants of parents and public money pours into private pockets, where any space can be a school and anybody can lead a classroom, and where whatever compact remains between parents and teachers—whatever sense of a community collaborating in a public good—dissolves.

The tragedy of the post-pandemic schools crisis, crystallized in Descovich’s tweet and in many of Tuesday’s election results, lies in how it has heightened the adversarial relationship between two groups whose interests should be closely aligned. (Or, indeed, one and the same: many teachers are parents.) As beleaguered as they are, most public-school systems are not yet splintering along DeVosian lines into a privatized mix of living-room salons and strip-mall micro-schools. Until then, public-school parents will continue to hand their children off to public employees in a public building for six hours per day, or eight, or nine. A degree of trust in these educators’ qualifications, their good faith, and even their state of mind is nonnegotiable. Poor working conditions for teachers are necessarily synonymous with poor learning conditions for students; overcrowded, under-ventilated classrooms are at once a political issue, a labor-rights issue, and a children’s-rights issue. Something the members of Moms for Liberty say a lot is “We don’t co-parent with the government.” Don’t we, though? ♦