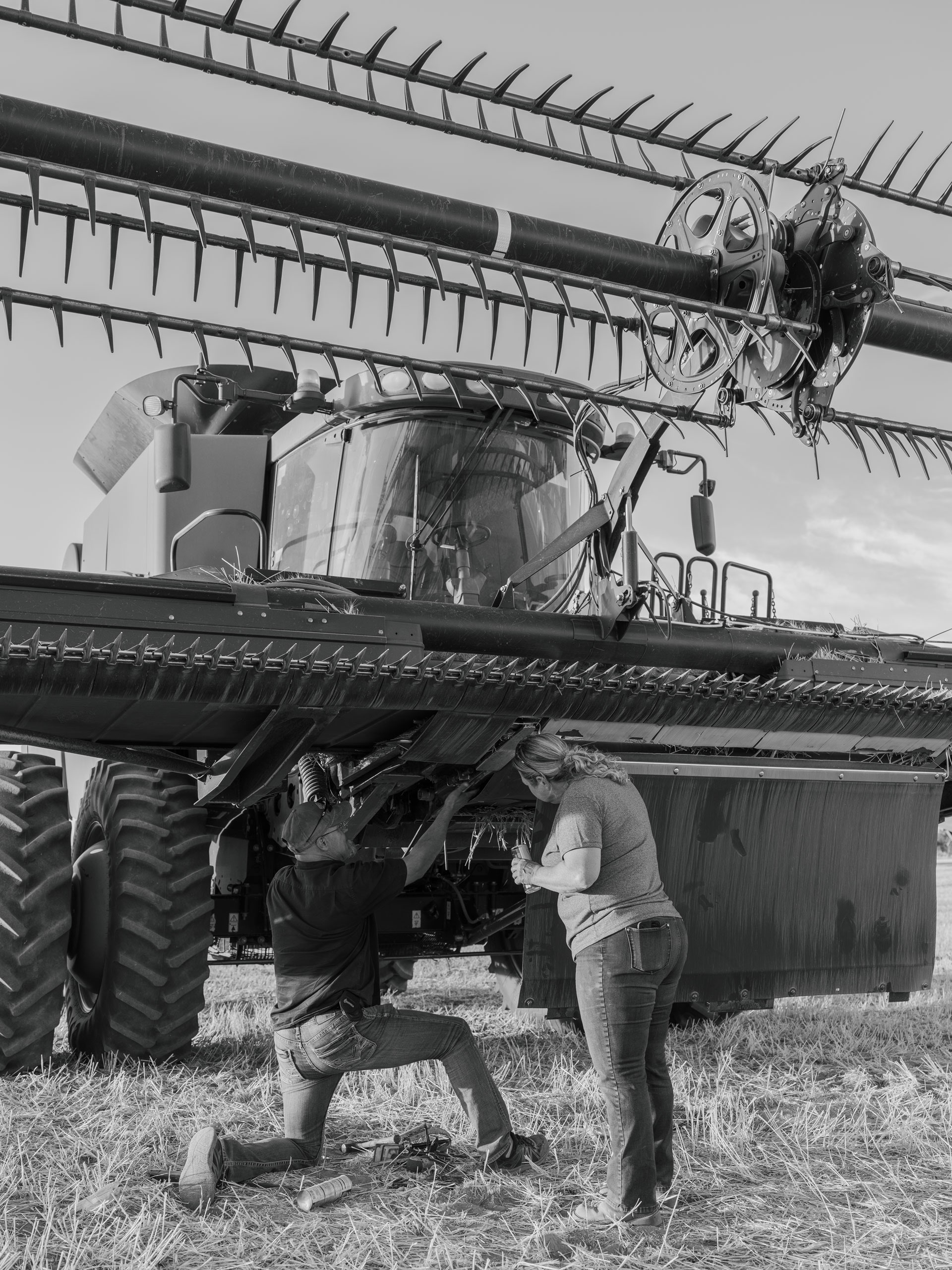 Aside from a few irrigated fields, the wheat didn’t get any better as the tour made its way east, on Route 16src. In Meade, population fourteen hundred, we met up with a local reporter from Great Plains Christian Radio, who followed us to our next field, a few miles east of town. It was among the driest we had seen. “This is a disaster,” Green said, as he bent down to inspect a row of shrivelled plants. “There’s no getting around that. This is a crop failure here.” The reporter asked for predictions about this year’s harvest. Green deployed some “could-be-worse” hopefulness, but by the end of the day his outlook had soured. He turned to Justin Gilpin, the C.E.O. of Kansas Wheat, an advocacy group for farmers in the state, and offered a blunter assessment than he’d given to Christian radio: “I tell you what—that wheat out in southwestern Kansas is some kind of shitty.”

On June 22nd, I drove out to see the Schemms, whose twelve thousand acres are divided into fifty-eight fields. Their smallest field is fifty acres; the largest is eight hundred and forty. Each one has a name, usually borrowed from the field’s previous owner: Baehler, Heyen, Fogelman, and so on. Others they named after nearby landmarks. Seaboard is situated down the road from Seaboard Feeders, a hog farm, and Overpass sits next to a highway. A few have more personal names. Homestead is the first field David’s grandfather farmed, in 192src. It’s the oldest one the Schemms have.

When David’s grandfather was twenty-one years old, his father offered him a hundred and sixty acres that he owned near Sharon Springs. The land was almost a hundred miles west of where they lived, but David’s grandfather didn’t seem to mind. He was eager to start a farm of his own, so he loaded up his Case Wallis tractor and headed off. The drive took two days. For the next couple of years, he lived in a hillside dugout with his wife and children. (David’s father, born in 1934, was one of five boys, the first of whom died at birth.) The family later moved into a modest ranch house that David’s grandfather had ordered from a Sears, Roebuck & Co. catalogue. They waited out the Dust Bowl in that house. Growing up, David remembers hearing his grandmother tell stories about draping a wet tea towel over his father’s crib.

David’s father eventually took over the farm, and then David, after getting a degree in theology from a small Christian college in Texas, where he met Lisa, took it over from him. His son Clay plans to take it over next. Everyone had expected Clay’s younger brother, Luke, who loved farming, to do that; by the time he was a senior in high school, in 2src15, Luke had already picked out the first piece of land he wanted to buy. But, later that year, Luke, a running back, collapsed on his school’s football field during a playoff game. He was airlifted to a hospital in Denver, where doctors discovered that his brain was bleeding and swelling. Early the next morning, his family made the decision to take him off life support. Three months later, they bought the field he had wanted. They named it Luke’s.

At the time, Clay was a sophomore studying chemistry and German at Kansas State University. The following semester, he switched to biological and agricultural engineering. Three years later, he returned to the farm. He told me that his parents hadn’t pressured him into it, and he seemed genuinely happy to have avoided office work. “Farmers are the ultimate Jacks-of-all-trades,” he said, as I watched him reseat a plow tire, using an aerosol brake cleaner and a lighter. Still, he doesn’t always enjoy it, especially when equipment breaks down during the wheat harvest. “Sometimes you just want to light your combine on fire and be done,” he told me one morning. When the harvest is in full swing, he said, he and his parents will often work in the fields until ten or eleven at night. In addition to the custom cutters, they had also hired a local high-school teacher and her daughter as seasonal help. They were family friends; the teacher’s brother-in-law had been Luke’s football coach.