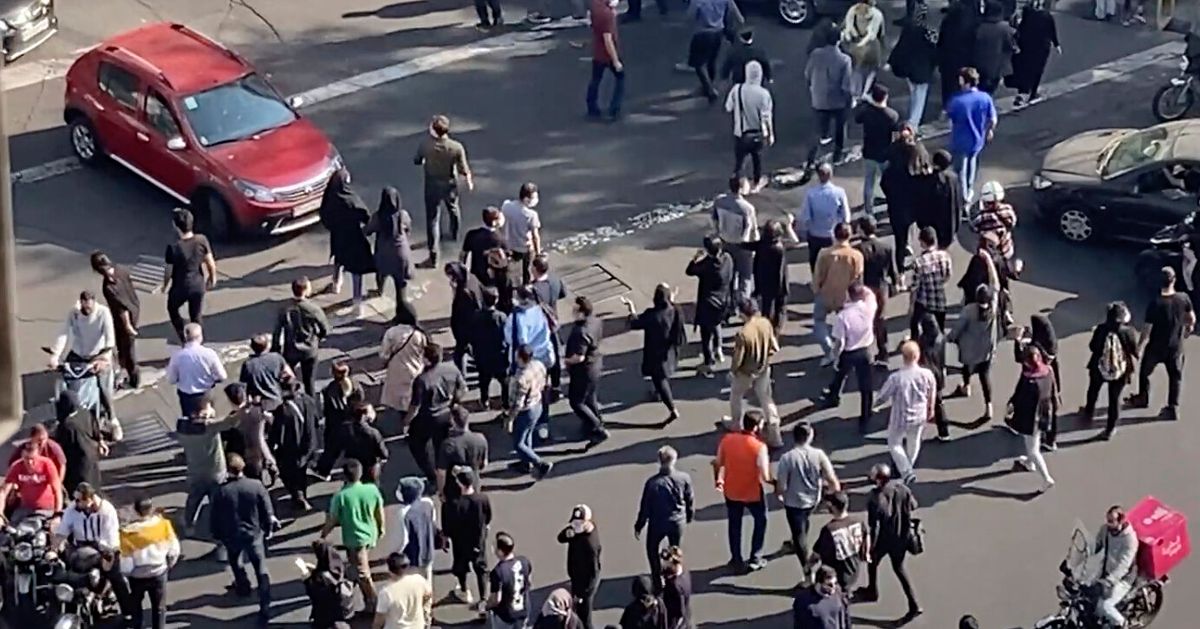 The official website of the judiciary says two gunmen were arrested and a third is on the run after the attack on the Shah Cheragh mosque. The state-run IRNA news agency reported the death toll and state TV said 40 people were wounded.

The attack, which bore the hallmarks of Sunni extremists who have targeted the country’s Shiite majority in the past, comes as Iran has been convulsed by over a month of anti-government demonstrations, the biggest challenge to the Islamic Republic in over a decade.

Thousands of protesters poured into the streets of a northwestern city to mark the watershed 40 days since the death in custody of 22-year-old Mahsa Amini, whose tragedy sparked the protests.

Deaths are commemorated in Shiite Islam — as in many other traditions — again 40 days later, typically with an outpouring of grief. In Amini’s Kurdish hometown of Saqez, the birthplace of the nationwide unrest now roiling Iran, crowds snaked through the local cemetery and thronged her grave.

“Death to the dictator!” protesters cried, according to video footage that corresponds with known features of the city and Aichi Cemetery. Women ripped off their headscarves, or hijabs, and waved them above their heads. Other videos showed a massive procession making its way along a highway and through a dusty field toward Amini’s grave. There were reports of road closures in the area.

State-linked media reported 10,000 protesters in the procession to her grave.

State-run media announced that schools and universities in Iran’s northwestern region would close, purportedly to curb “the spread of influenza.”

In downtown Tehran, the capital, major sections of the traditional grand bazaar closed in solidarity with the protests. Crowds clapped and shouted “Freedom! Freedom! Freedom!” through the labyrinthine marketplace.

“This year is a year of blood!” they also chanted. ”(Supreme Leader Ayatollah Ali Khamenei) will be toppled!”

Riot police on motorbikes were out in force. A large group of men and women marched through the streets, setting trash cans ablaze and shouting Death to the dictator!” as cars honked their support. Police unleashed anti-riot bullets at protesters in the streets and sprayed pellets upward at journalists filming from windows and rooftops. Anti-government chants also echoed from the University of Tehran campus.

Amini, detained for allegedly violating the country’s strict dress code for women, remains the potent symbol of protests that have posed one of the most serious challenges to the Islamic Republic.

With the slogan #WomanLifeFreedom, the demonstrations first focused on women’s rights and the state-mandated hijab, or headscarf for women. But they quickly evolved into calls to oust the Shiite clerics that have ruled Iran since the 1979 Islamic Revolution.

The protests have also galvanized university students, labor unions, prisoners and ethnic minorities like the Kurds along Iran’s border with Iraq.

Since the protests erupted, security forces have fired live ammunition and tear gas to disperse demonstrations, killing over 200 people, according to rights groups.

Untold numbers have been arrested, with estimates in the thousands. Iranian judicial officials announced this week they would bring over 600 people to trial over their role in the protests, including 315 in Tehran, 201 in the neighboring Alborz province and 105 in the southwestern province of Khuzestan.

Tehran prosecutor Ali Salehi told the state-run IRNA news agency that four protesters were charged with “war against God,” which is punishable by death in Iran.

Iranian officials have blamed the protests on foreign interference, without offering evidence.

Last week, Iran imposed sanctions on over a dozen European officials, companies and institutions, including foreign-based Farsi channels that have extensively covered the protests, accusing them of “supporting terrorism.” The sanctions involve an entry and visa ban for the staffers in addition to the confiscation of their assets in Iran.

Deutsche Welle, the German public broadcaster whose Farsi team was blacklisted, condemned the move on Wednesday as “unacceptable.”

“I expect politicians in Germany and Europe to increase the pressure on the regime,” said DW Director General Peter Limbourg.

In a separate development, most of the remaining portion of a 10-story tower that collapsed earlier this year in the southwestern city of Abadan, killing at least 41 people, fell on Wednesday, state-run media reported. The state-run IRNA news agency reported that a woman in a car parked near the site was killed. Other parts of the building had collapsed last month.

The deadly collapse of the Metropol Building on May 23 became a lightning rod for protests in Abadan, some 660 kilometers (410 miles) southwest of the capital, Tehran. The disaster shined a spotlight on shoddy construction practices, government corruption and negligence in Iran.

Videos spread online of the remaining tower crashing into the street as massive clouds of dust billowed into the sky.