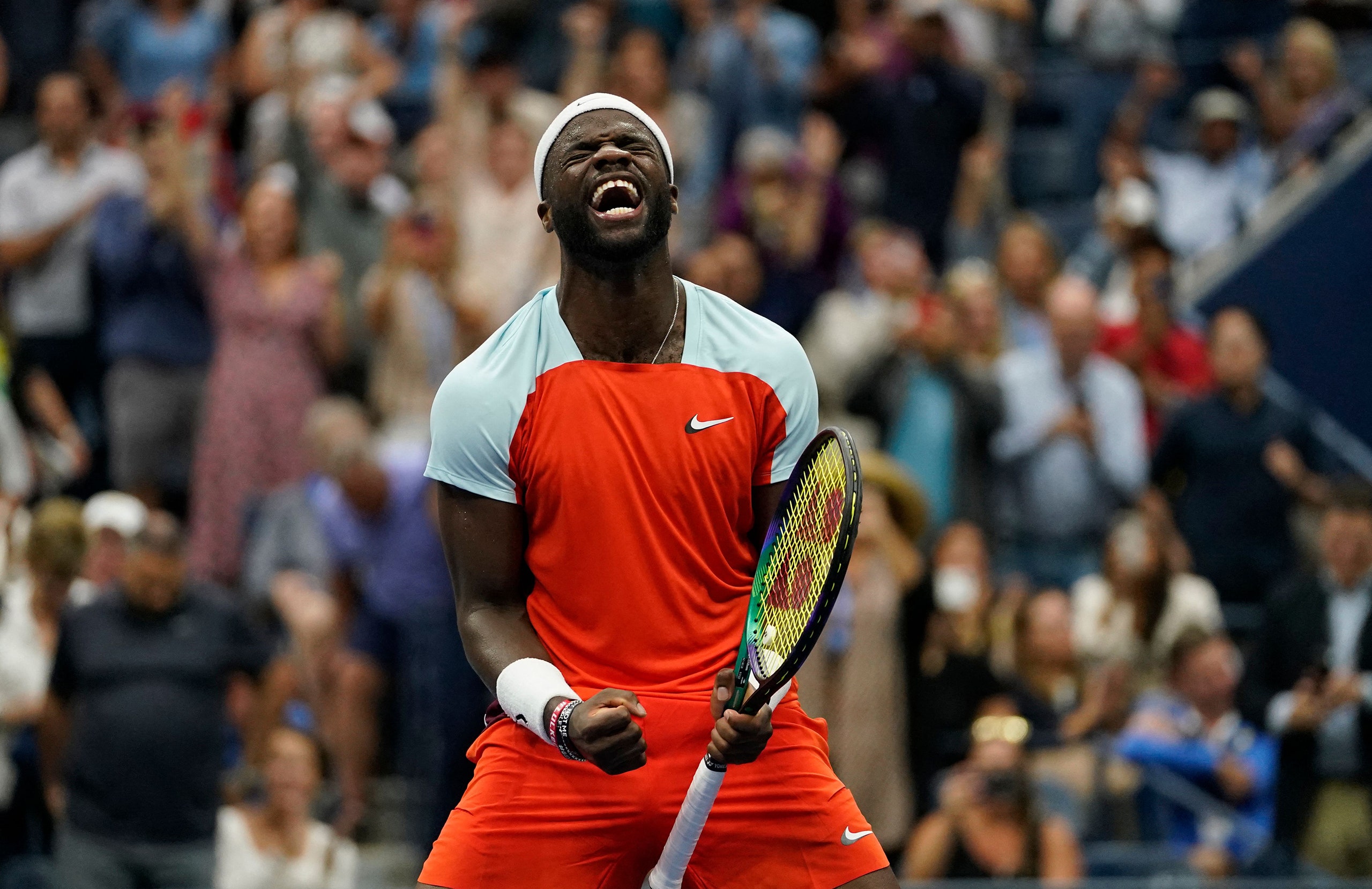 Near the start of the U.S. Open, after Frances Tiafoe won his first-round match, he was asked whether he felt that this tournament represented an opportunity for him. After all, Novak Djokovic was absent, unable to enter the country because of his refusal to get a COVID vaccine; Roger Federer has not played since Wimbledon last year. Andy Murray was playing, but on a metal hip. Rafael Nadal, now in his mid-thirties, was recovering from an injury to an abdominal muscle, not to mention a foot injury that had nearly forced him to retire from the sport. Tiafoe agreed that there was no real favorite. “Everyone is around the same level, honestly,” Tiafoe said. “Everyone is beatable at the same time. Even the top guys.” He added, “I mean, I’m not there yet. You ask me, I’m still that dark horse who can do something special. I kind of like it that I’m not in the forefront of that, because, you know, let those guys handle the pressure. I’m kind of Court 17, get some cheeky wins.” That was before Tiafoe beat Nadal, in the fourth round, in front of an electrified crowd at Arthur Ashe Stadium, becoming the first American to do so at a Grand Slam since 2srcsrc5. Change can happen slowly, then all at once.

On Wednesday, Tiafoe found himself in the quarterfinals, facing Andrey Rublev, in Arthur Ashe again. This time, the pressure was on him, not just his opponent. He seemed to like it. For the better part of two sets, Tiafoe and Rublev played almost even, ripping ground strokes, trading service hold after hold. Tiafoe took the first set in a tiebreak. The second set went to another. Tiafoe had played five tiebreaks in the tournament already, and had won them all. He jammed Rublev with a serve down the middle on the first point, then pulled him off the court with a backhand at a daring angle to win the second. For the third, he rushed to the net, and flicked a casual half volley that Rublev could only push wide. Next, Tiafoe hit two aces, each more than a hundred and thirty miles per hour. Then, on Rublev’s serve, he hit a looping return, and followed it to the net, where he sliced a diving drop volley. He put Rublev’s next serve away with a leaping backhand return, taking the tiebreak 7–src, and sprinted to his seat, as he always does.

There was a time, not long ago, when Frances Tiafoe was known as a great story. The details were as irresistible as they were inspiring, the dreamy version of the American Dream. His parents were immigrants from Sierra Leone. He’d picked up tennis from hanging out at a national tennis center, where his father was a custodian; Tiafoe and his twin brother sometimes slept in one of the facility’s extra storage rooms. A coach, himself an immigrant, had noticed not only his gift for the game but his intensity, and the threadbare quality of the Pokémon T-shirt he wore every day. When Tiafoe was eight, the coach bought him a new shirt and a new pair of shoes, and, when he was nine, drove him to his first tennis tournament, which he won. Supported by the United States Tennis Association, Tiafoe won prestigious junior tournaments in the United Kingdom, France, Los Angeles. The goal had been a college scholarship; instead, when Tiafoe was nineteen, he was pushing Roger Federer to five sets at the U.S. Open.

Tiafoe is twenty-four now, no longer a kid, and no longer a fairy tale. Of course, a person never is. The reality is something more interesting, and perhaps even more inspiring. “When I came on the scene, flying up the rankings, everything was kind of good,” he said after the match against Rublev. “I got a bit complacent, 2src19. Took me a long time to kind of just get myself together.” What changed, he said, was that he “started really falling in love with the process, just trying to get better. I think during that time the cameras weren’t on me, attention wasn’t on me. I was able to just kind of get better and do my own thing. I stopped trying to be the guy.”

He has become relentless. “Tennis is a sport of position a lot of times, no?” Nadal said after losing to Tiafoe. That was how Tiafoe had beaten him. He takes the ball early, quick and brave, and is unafraid to come forward. He has soft hands around the net, and, better still, a willingness to use them. He has come in to net a hundred and seventy times this tournament, and won more than seventy per cent of those points. In three sets against Rublev, he came to net forty-one times, winning thirty-two of those points. (Rublev came to net eleven times, and won four.) He is irrepressible, fast, powerful, and charismatic, which is the way the game goes now.

Tiafoe is the first Black American to make the men’s semifinals at the U.S. Open since 1972, when Arthur Ashe did it. When the tournament began, the story was Serena Williams; now it is about who comes next, a group of players who combine aggressiveness with defensive speed, and competitive intensity with entertainers’ instincts: Coco Gauff, Nick Kygrios, Jannik Sinner, and Tiafoe’s next opponent, Carlos Alcaraz, who beat Sinner on Thursday, at nearly three in the morning, the latest ending of any match played at the U.S. Open. If Alcaraz wins the tournament, he will be the new No. 1. Alcaraz is nineteen, and, despite the fact that his quarterfinal match went more than five hours, it is not yet clear whether he is ever tired. But Tiafoe has a chance. He may or may not become the guy, but he is already part of something. ♦