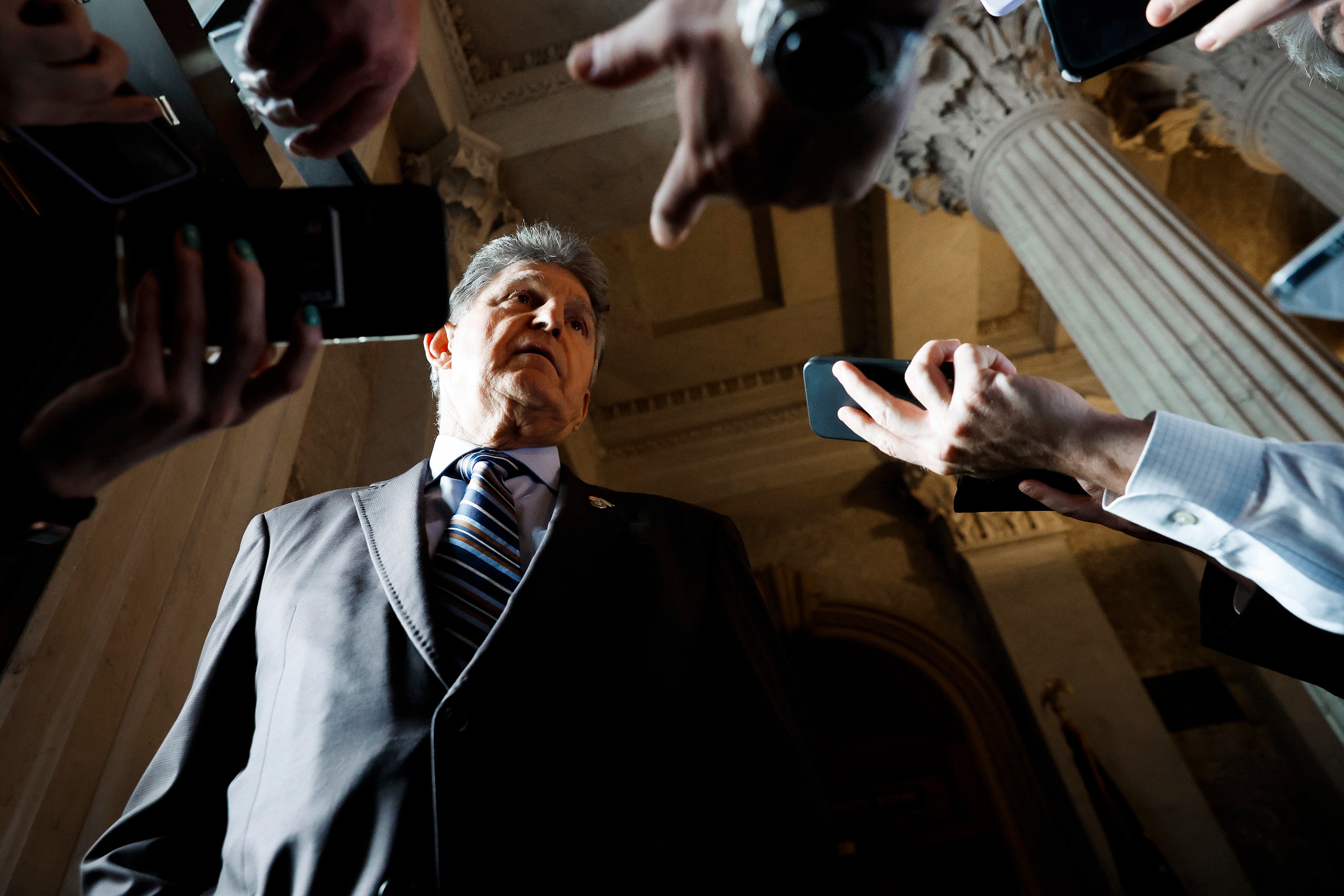 NASA just declared that this June has tied with that of 2src2src for the hottest we have ever measured. At the moment, forecasters are predicting that, on Monday, the United Kingdom, which maintains the longest instrumental record of temperature in the world, may see the hottest day that nation has ever recorded.

This was the backdrop to the news on Thursday that Senator Joe Manchin, Democrat of West Virginia, won’t support climate legislation, bringing to an apparent end his long and excruciating flirtation with Joe Biden over the climate portions of the Build Back Better bill, the President’s ambitious economic package, which contained the most sweeping climate measures ever to reach the Senate floor. To provide the even more excruciating context: this is the third time in the past thirty years that Congress has balked at serious climate legislation.

In July, 1997, the Senate voted 95–src (led by another West Virginia Democrat, Robert Byrd) to pass a resolution stating that the United States should not be a signatory to what became the Kyoto Protocol, arguing that it asked too much of this nation and too little of developing countries. Vice-President Al Gore came back from the Kyoto Climate Change Conference that December with a treaty, but President Bill Clinton didn’t even bother sending it to the Senate, knowing that it would be rejected, and other attempts to pass climate legislation never reached the floor.

In 2srcsrc9, “cap-and-trade” legislation passed the House by a narrow margin—more than forty Democrats joined Republicans in siding with the fossil-fuel industry. The bill limped to the Senate, where John Kerry, of Massachusetts, and Barbara Boxer, of California, could not find a Republican co-sponsor. They didn’t even bring the bill up for a vote, knowing that it would lose; private whip counts at the time indicated that they would be lucky to get forty votes.

And now this failure, which is all the more painful for having been so close to success. The Democratic Party, pushed hard by young activists in the Sunrise Movement, rallied behind Build Back Better, passing it through the House with almost no dissenting votes among the Democrats (a good thing, given the narrow margins that the Party currently enjoys there). That reflected a deep Party-wide consensus; during the 2src2src Presidential primaries, climate change was a top priority for Democrats, and Biden used it skillfully on the way to winning the White House. His closing ads in the general-election campaign included ones about climate; his stance helped bring him wide (and crucial) support from young voters.

Manchin didn’t do Biden the favor of saying no up front. Instead, he got the President to strip the sticks from the bill (the clean-energy pricing plan that would have forced utilities toward clean energy) and then he nibbled away at the carrots. He used the hope of his vote to get the more fossil-fuel-friendly Infrastructure Investment and Jobs Act passed, and he used the fear of his rejection to keep Biden from invoking executive authority to block federal oil leases and pipelines. Although the sentiments of Senator Kyrsten Sinema, of Arizona, are always hard to read, it appears that there was a solid forty-nine-vote bloc for the climate actions in the bill. But forty-nine gets you precisely nothing.

So now we’ve struck out three times. The country that historically has put more carbon in the atmosphere than any other, and whose scientists played the lead role in figuring out the climate crisis, has refused to do anything about it. Our Congress—the place where, in 1988, Jim Hansen sounded the first truly public alarm about global warming—has never passed major climate legislation. The most distressed person in all this might be John Kerry, who is now the President’s global climate envoy. He’s been using the prospect of serious American action to try to rouse the rest of the world to action, and without that card in the deck he’s left mostly with jokers. (You think that Xi Jinping isn’t fully aware of what Joe Manchin just did?)

But there are plenty of other people mourning, too. The policy analysts who have spent the past two years recasting the legislation every time Manchin made another demand, only to see their work be for nought. The engineers and entrepreneurs who were counting on the infusion of money from the bill (a tiny fraction of the subsidies that have been extended over the decades to fossil fuel) to jump-start the rapid transition to renewable energy. The young people who have to live in what geologists may someday dub the Manchinian epoch. There is no chance now that the U.S. can meet even the modest targets for emissions reduction that Biden had promised for this decade, and hence the temperature will rise far higher than it must. Most of the bad decisions that politicians make are forgotten in the fullness of time—there have been Manchins before, and there will be Manchins again. But this Manchin, in 2src22, will never be forgotten, not as long as humans are grappling with the most fundamental challenge we’ve ever faced. ♦