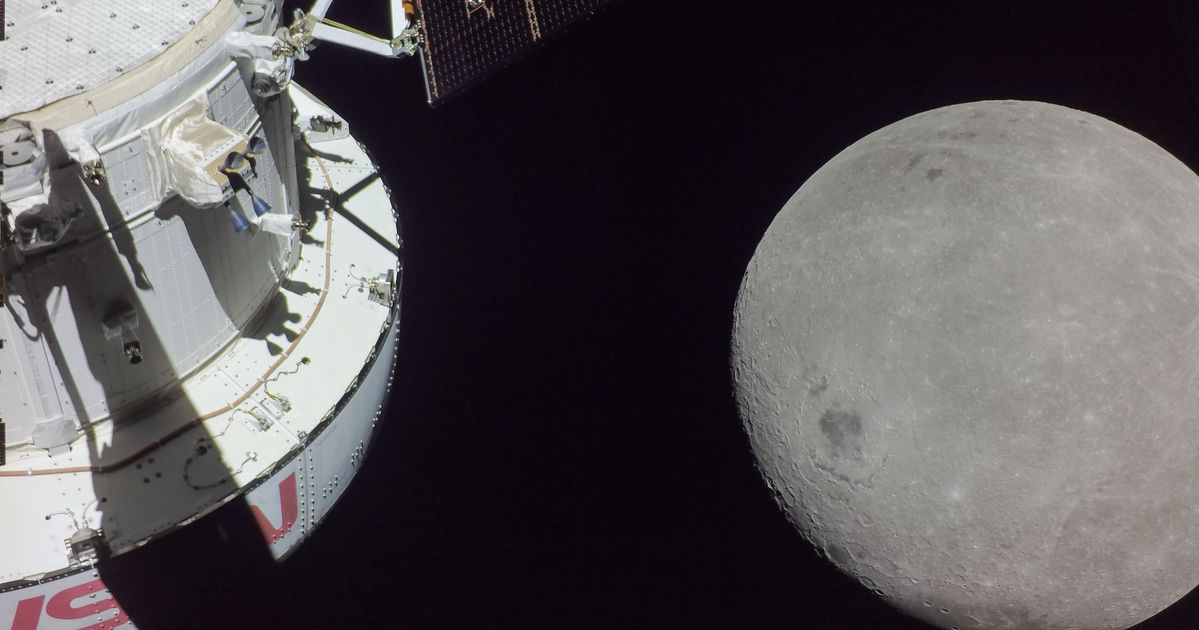 NASA has released stunning new close-up photos of the moon, thanks to the Orion spacecraft.

Orion passed just 81.1 miles over the lunar surface on Monday and then headed over to the far side of the moon — which we usually can’t see from Earth.

The spacecraft has been on its cosmic journey since Nov. 16, when it launched atop the Space Launch System rocket from Florida’s Kennedy Space Center. The Artemis I mission finally took to the skies after years of delays and billions of dollars in overrun costs. NASA is working toward the goal of putting astronauts back on the lunar surface for the first time since the Apollo program 50 years ago.

The capsule is set to enter a “distant retrograde orbit” around the moon on Friday. The “distant” means that it’s really high up from the surface from the moon — about 50,000 miles. Orion will then continue circling the moon for a week and is scheduled to splash down off the California coast on Dec. 11.

Should everything go well with this mission, it will break Apollo 13’s record for longest distance traveled by a spacecraft designed for humans, according to New Scientist magazine.

If you’d like to feel even more like a tiny molecule in an infinite universe, head over to NASA’s Flickr stream to see more photos and videos of the mission.