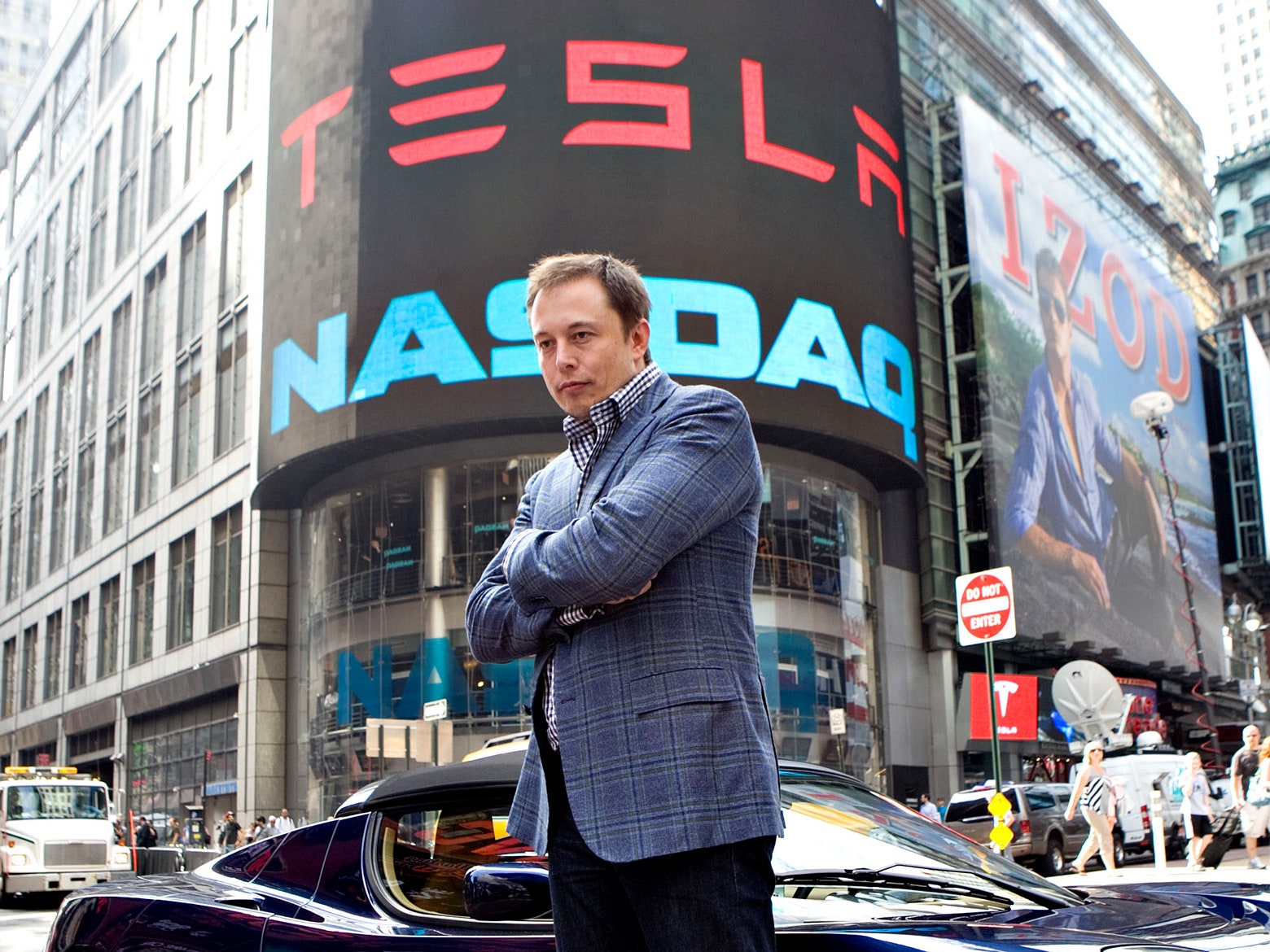 In the summer of 1998, I called up Paul Samuelson, the dean of twentieth-century American economics, and asked him what he thought about the U.S. stock market, which had already risen sharply in what subsequently became known as the dot-com bubble. “I define a bubble as a situation in which the level of stock prices is high, and the rate of growth of stock prices is high, because of a self-fulfilling prophecy in which people believe the market is going to go up,” Samuelson said. “On that basis, I have to think there has been an element of a bubble in the market for at least two years, possibly longer.” I then asked Samuelson, an eminent M.I.T. professor who died in 2009, how long he thought that bubble would last. “We have absolutely no theory of the duration of bubbles,” he replied, with a cackle. “Anything that is durable for ‘n’ periods can continue for twice as long.”

History records that the dot-com bubble lasted for nearly another two years. During that time, the Dow Jones Industrial Average rose a further twenty-five per cent, the Nasdaq index doubled, and many technology stocks skyrocketed. Investors bewitched by future profits, not actual ones, backed hundreds of loss-making Internet and tech companies that issued stock through initial public offerings, or I.P.O.s. Then, in April, 2000, the Nasdaq crashed. A year later, when I was completing a book about the bubble, the index had fallen by about two-thirds, and many Internet startups had gone out of business. Others survived the bust, and some of them, including Amazon, eBay, and E-Trade, have grown into enormous and highly profitable businesses.

Is history repeating itself? There are some obvious parallels with today’s market: excitement about new technologies; a surge of trading by individual investors; cheap money, thanks to an accommodative Federal Reserve; eye-popping moves in favored stocks; a record number of I.P.O.s. Earlier this month, Rivian Automotive, an electric-vehicle manufacturer that had yet to report a dollar in revenue, issued stock on the Nasdaq—in one of the biggest I.P.O.s ever. At lunchtime on Monday, the company was notionally valued at close to a hundred billion dollars—comfortably more than Ford, General Motors, or Honda, which between them have nearly four hundred billion dollars in annual revenue. That’s a shocking valuation, but it only begins to capture the current mania for electric-vehicle, or E.V., stocks. In the past month, Lucid, another revenue-light E.V. startup—which went public earlier this year by merging with a shell company—has seen its stock price more than double. Now Lucid is notionally worth more than Ford and is not far behind G.M. Then, of course, there is Elon Musk’s Tesla: the grandpa of the E.V. business, which held its I.P.O. back in 2010. Tesla now has a market capitalization of almost $1.2 trillion. That figure surpasses the capitalizations of Toyota, Volkswagen, General Motors, Ford, Daimler, BMW, Stellantis, Honda, Kia, and Hyundai combined.

If you suspect that these figures are a bit crazy, you’re right. But the real clue to the current mind-set in the stock market is what has been happening to the stocks of Ford, General Motors, and other old-line auto companies. If Tesla, Rivian, Lucid, and other E.V. startups are going to dominate the global auto industry in the coming decades, the logical corollary is that the legacy carmakers are headed for the scrap heap. But, lo and behold, the market valuations of Ford and G.M. have been rising sharply, too. Since the start of this year, Ford’s stock has doubled, and G.M.’s has risen by about fifty per cent. Why? The Wall Street Journal reported back in March that investors were “piling into . . . old-school car makers that are reinventing themselves as electric-vehicle producers.” In May, Ford unveiled an electric version of its best-selling F-150 pickup. G.M. is working on an electric version of its Chevy Silverado truck.

This bidding-up of auto stocks old and new isn’t creative destruction—the memorable term that the economist Joseph Schumpeter used to describe the waves of innovation and enforced obsolescence that define capitalist development. It is classic bubble behavior of the sort that often accompanies big technological innovations, such as the development of radio, in the nineteen-twenties, and of the Internet, in the nineteen-nineties. As buyers of E.V.s are offered more and more choices in the coming years, manufacturers won’t be able to maintain the hefty profit margins that Tesla currently enjoys because of its first-mover advantage and hefty government subsidies. Intense competition means that the savings from electric engines, which will soon be cheaper to make than gasoline engines, will almost certainly be passed along to vehicle purchasers by Tesla’s rivals.

In the “Risk Factors” section of its stock prospectus, Rivian was obliged to acknowledge some of these economic realities. “The automotive market is highly competitive, and we may not be successful in competing in this industry,” the prospectus said starkly. Of course, Rivian could also turn out to be one of the winners of the upcoming E.V. wars. The firm says that it has orders for more than fifty thousand pickup trucks. But not every E.V. maker, new or old, can be successful: the auto industry isn’t Lake Wobegon. Investors are acting as if it is.

One person behaving rationally is Musk. In 2020, he sent Tesla’s stock into a temporary swoon by tweeting “Tesla stock price is too high imo.” Despite that tweet, the stock rose more than sevenfold in the subsequent eighteen months. Thanks to his ownership stake in Tesla, Musk’s worth is close to three hundred billion dollars today. He and other billionaires have been criticized for avoiding paying any federal taxes on such huge stock gains. A couple weeks ago, Musk, addressing the criticism, posted another tweet: “Much is made lately of unrealized gains being a means of tax avoidance, so I propose selling 10% of my Tesla stock. Do you support this?” After a majority of three and a half million respondents answered “Yes,” Musk started to sell some of his Tesla shares. As of Friday, he had sold roughly 8.2 million of them, and raised close to nine billion dollars, according to filings with the S.E.C.

On Wall Street, there is a good deal of skepticism about Musk’s stated reason for selling: that he wanted to pay his taxes. One theory is that he was already facing a substantial tax hit because he is exercising a big chunk of additional stock options that were granted to him in the past, when Tesla’s stock price was much lower. There’s no way to know for sure why Musk is cashing in some of his Tesla stock now, but there is another potentially very simple explanation that shouldn’t be overlooked: it’s the sensible thing to do. Having been C.E.O. of Tesla since 2008, he has extensive firsthand experience with the global auto industry and the challenges that it presents. Presumably, he also has a good idea of what Tesla is really worth, and, based upon his tweet from May of last year, its true valuation bears little relation to its current inflated stock price. Of course, there is always a chance that the stock will go even higher from here, in which case Musk is potentially leaving money on the table. Ultimately, though, there is the lesson of history to consider: eventually, bubbles pop, and when they do it isn’t pretty. That’s true of bubbles in individual stocks, in industry sectors, and in the entire market. During my chat with Samuelson all those years ago, he compared the bursting of a stock bubble to a great accumulation of snow giving way. “All bubbles are vulnerable,” he said. “We just don’t know when the avalanche will happen.”

Musk isn’t waiting around to find out. On Monday, Wall Street initially rose, on the news that President Joe Biden has decided to appoint Jerome Powell, the chair of the Fed, to a second term. Under the central bank’s congressional mandate, Powell’s primary focus is to curb inflation and expand employment, but the Fed’s actions have enormous sway over the markets, and it is just starting to wind down some of its pandemic-related monetary stimulus. While Powell and his colleagues figure out what to do next, ordinary investors might be wise to follow Musk’s lead and bank some of their recent gains.