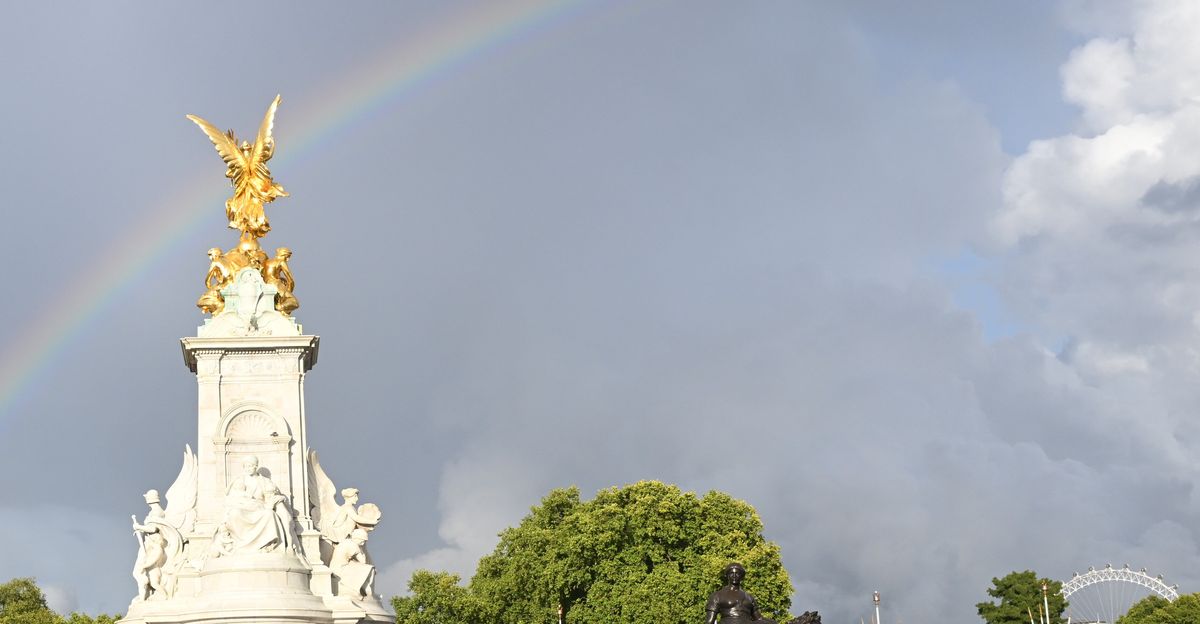 Two rainbows appeared over Buckingham Palace shortly before it was announced that Queen Elizabeth II had died on Thursday at the age of 96.

Although the Queen reportedly died “peacefully” at her summer home Balmoral Castle in Aberdeenshire, Scotland, the presence of the rainbows over the palace from which she reigned for 70 years was stunningly beautiful — and a little magical.

Some on Twitter interpreted the rainbows in a variety of ways.

As the flag is lowered to half mast over Windsor Castle an incredible rainbow appears over the castle, for a few minutes and then just like that it was gone…. pic.twitter.com/nOIQCAxWQQ

Prince Philip is waiting for his beloved 💔🌈🌈

A remarkable final picture of Her Majesty’s life.

Regardless of the rainbows’ symbolism, they seem like a fitting marker for the life of the longest-reigning British monarch and the world’s second-longest reigning monarch after Louis XIV of France.