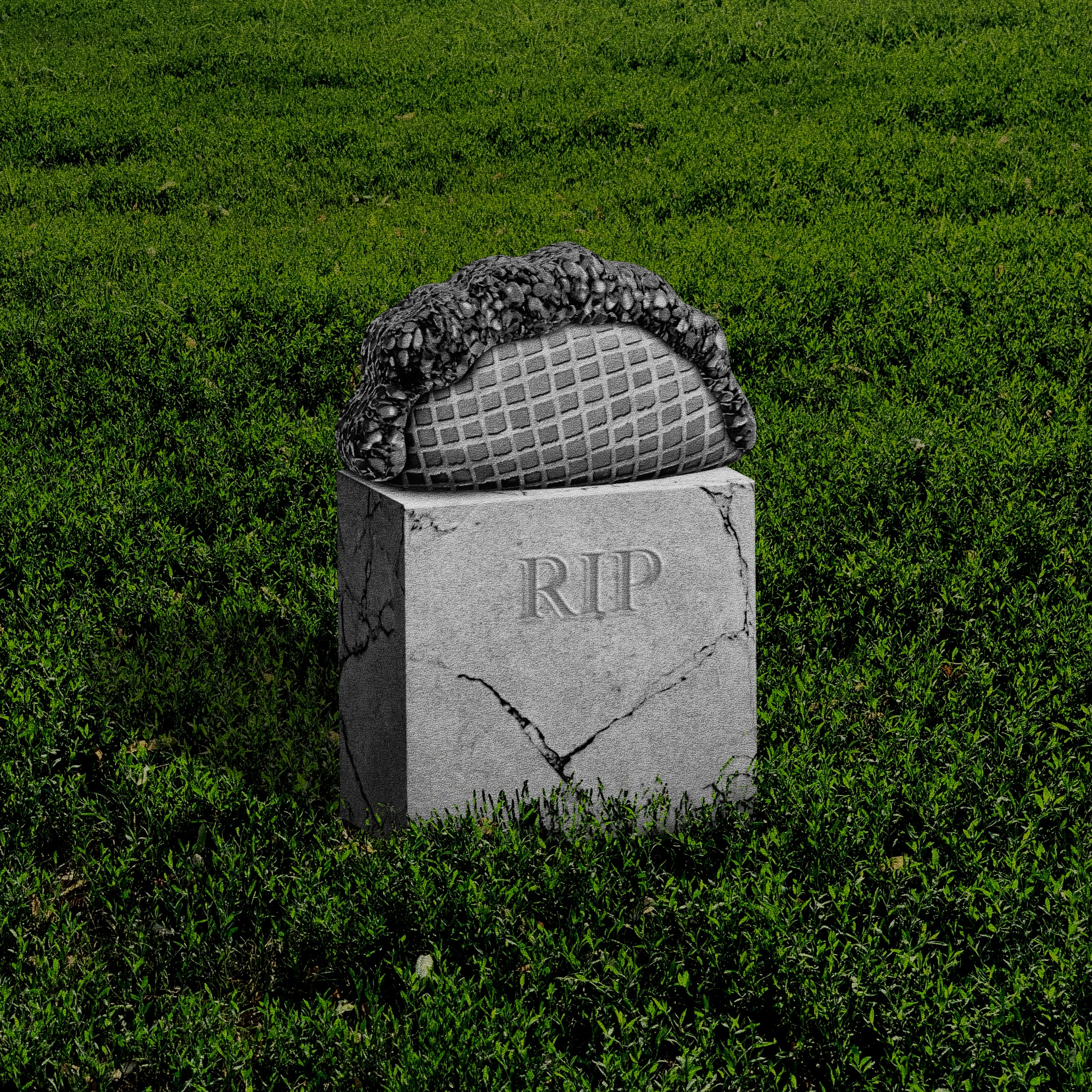 There was much rending of garments and high-pitched wailing at the recent news that Choco Taco (1983-2src22) was no more. The frozen novelty—vanilla ice cream, peanuts, fudge, and milk chocolate, conveyed in a taco-shaped cone—was killed off when its manufacturer, Unilever, decided to simplify its Klondike product line. The announcement was cool and clinical: owing to supply-chain challenges and an “unprecedented spike in demand” for its offerings, Unilever was discontinuing a few items so that it could marshal its manufacturing efforts on a smaller set of tasty Klondike treats, such as the Krunch Bar and the Reese’s Mini Bar. Adieu, Choco Taco. The public response was emotional and full of angry denial. How could Choco Tacos die in a world in which the Unicorn Dreamin’ Cone survived?

Alas, the world of junk food is cruel. One day you’re enjoying your Trolli Road Kill Gummi Candy, or your Wonka Oompas, or your Altoid Sours, or your Doritos Guacamole—not just enjoying but developing a specific, urgent craving for them—and the next day, without so much as a fare-thee-well, they’re gone. Sometimes the product is a commercial bomb, and its termination is hardly a surprise. (Here’s to you, McAfrika, Coca-Cola Blak, Cheetos lip balm, Ore-Ida Funky Fries.) Sometimes, in the grocery business, for example, it’s more a matter of product overpopulation. This is often the case with Trader Joe’s, which is famous for having products materialize and dematerialize constantly. “We have to manage our store space smartly,” the company’s Discontinued Product Feedback page says. Unlike Unilever, which didn’t flinch when issuing the death notice for Choco Tacos, Trader Joe’s acknowledges the pain one might experience when discovering that Chile Lime Mayonnaise has left this realm, writing, “We do not enter into the decision to discontinue a product lightly. We understand that it can be disappointing—devastating, even. We are Trader Joe’s customers too, after all.”

It is elemental in the human condition to rail against the indignity of mortality. Although we have always raged against the dying of the light, perhaps, during these feel-bad times, losing a simple delight feels especially unsettling. Take, for instance, the case of Costco’s Combo Pizza, a nearly seven-hundred-calorie-per-slice pepperoni, sausage, green pepper, onion, and black olive concoction that was a favorite in the chain’s food courts for many years. In 2src2src, Costco, determining that its menu needed to be streamlined, quietly sent the Combo Pizza to its grave. The food courts—which bring in a billion dollars of sales annually—had had previous casualties. In 2src18, for instance, the Polish sausage was laid to rest, and in its place rose such un-food-court-like items as an açai fruit bowl with granola. The Combo Pizza did not go gently. Social media was aflame with outrage. On Reddit, the grief was palpable: “I can’t take it anymore.” “My day is ruined and my disappointment is immeasurable.” “It’s my husband’s favorite and he really misses it. His birthday was in May and the one thing he wanted was a Combo pizza from Costco, but no dice. We refer to its loss as another tragedy of the pandemic.” Believing there was a chance to roll away the stone, an individual calling herself Tobi O. started a petition on change.org, “Bring back the COMBO PIZZA to Costco Food Courts,” which stated that the pizza “is a delectable combination of meaty goodness and vegetable crunchiness. . . . The combo pizza ignites a party of tremendous flavor in the mouths of millions of Costco membership holders. The termination . . . is not only saddening, but total madness and just straight up WRONG.” At last count, more than twelve thousand people had signed the petition, but Costco hasn’t budged.

And what of the Choco Taco? There was such an outpouring at the announcement of its demise and so much triggering of desire (countless stories featuring beauty shots of pristine Choco Tacos, a bit of condensation glistening on their chocolate shells; a Pavlovian urge to have one even if you’ve never wanted one, just because you knew you might never get one) that a cynic might wonder if it was a little too tidy, a sort of staged Andy Kaufman-style event that brought more attention and declarations of love than any other ice-cream novelty could even dream of. How viral to have an offer from the Internet entrepreneur Alexis Ohanian to buy Choco Taco from Unilever to save it from its fate. (“I can’t let this happen,” Ohanian declared on Twitter. “Not to America. Not on my watch.”) The suspicion that this was a faked death was so acute that Choco Taco itself had to deny it on Klondike’s official Twitter feed. (“I want to address the rumors: I’m really being discontinued, it’s not a PR stunt.”) But, in a coy aside, the account suggested that everyone “stay tuned.” Could this be something akin to the triumphant return of the Taco Bell Mexican Pizza, which sold more when it was miraculously resurrected than it did when it was just an ordinary slouch on the regular menu?