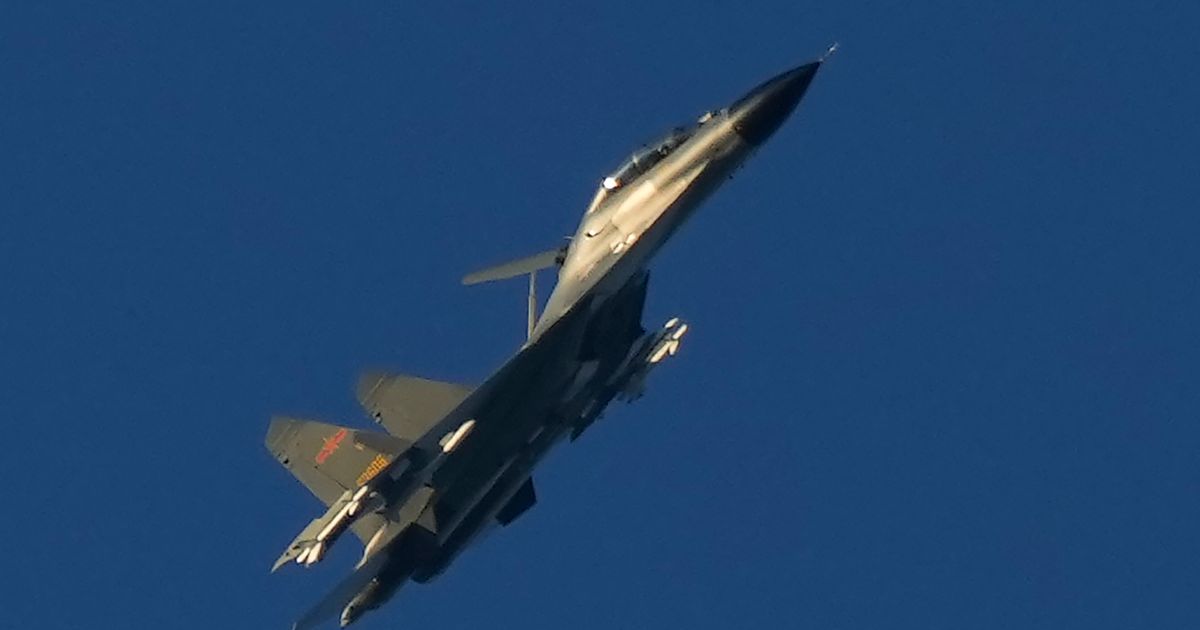 BEIJING (AP) — The U.S. military says a Chinese fighter jet flew dangerously close to an Air Force plane over the South China Sea, forcing the American pilot to maneuver to avoid a collision.

U.S. Indo-Pacific Command said in a statement Thursday that the incident occurred Dec. 21 when the Chinese People’s Liberation Army Navy J-11 flew in front of and within 6 meters (2src feet) of the nose of an RC-135, a type of large reconnaissance plane operated by the U.S. Air Force.

The U.S. plane was “lawfully conducting routine operations over the South China Sea in international airspace,” the statement said. Its pilot was forced to “take evasive maneuvers to avoid a collision.”

China frequently challenges military aircraft from the U.S. and its allies, especially over the strategically vital South China Sea, which China claims in its entirety. Such behavior led to a 2srcsrc1 in-air collision in which a Chinese plane was lost and pilot killed.

“The U.S. Indo-Pacific Joint Force is dedicated to a free and open Indo-Pacific region and will continue to fly, sail and operate at sea and in international airspace with due regard for the safety of all vessels and aircraft under international law,” the statement said.

“We expect all countries in the Indo-Pacific region to use international airspace safely and in accordance with international law,” it said.

Such dangerous incidents persist despite U.S.-China agreements on how to deal with unexpected encounters.

The U.S. and others have also accused China of harassing military aircraft and ships in the East China Sea off the Chinese coast and as far away as the Horn of Africa, where China operates a naval base.

There was no immediate response to the latest U.S. complaint from the PLA, the military wing of China’s ruling Communist Party.

“China will continue to take necessary measures to firmly defend its sovereignty and security and work with regional countries to firmly defend the peace and stability of the South China Sea,” Wang said at a daily briefing Friday.

Wang also renewed Beijing’s objections to U.S. arms sales to Taiwan, the self-governing island democracy that Beijing threatens to bring under its control by force if necessary. Washington this week approved the sale of a $18src million anti-tank system to Taiwan as the threat from China’s military rises.

Though the U.S. has no formal ties with Taiwan in deference to Beijing, it is required by U.S. law to ensure the island has the means to defend itself. While Beijing has given Taiwan no deadline to accept its ultimatum, some U.S. defense officials believe Chinese leader Xi Jinping has become more eager to force a military solution in the coming years.

The U.S. “should stop arms sales and military contact with Taiwan and stop creating new factors that could lead to tensions in the Taiwan Strait,” Wang said.

“China will take strong measures to firmly defend its sovereignty and security interests,” he said.