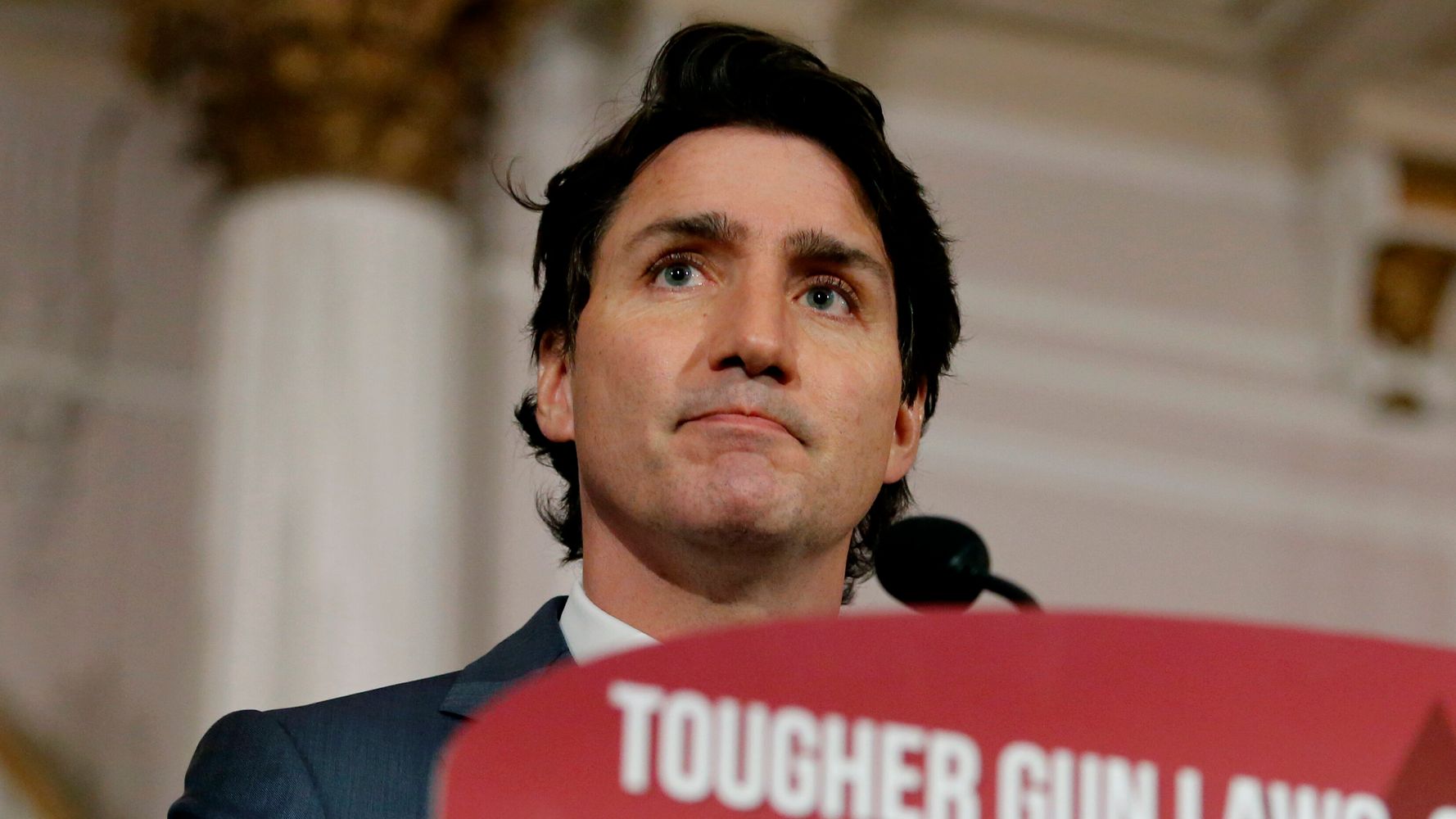 Canadian Prime Minister Justin Trudeau said the country will dramatically tighten access to firearms after a series of deadly mass shootings in the United States.

The decision isn’t a full ban, Trudeau said, but effectively “caps” the market for handguns in Canada, halting any new sales, imports or transfers of the weapons.

“Other than using firearms for sport shooting and hunting, there is no reason anyone in Canada should need guns in their everyday lives,” he said Monday.

The proposal would take firearm licenses away from those involved in domestic violence or criminal harassment, increase penalties for those who smuggle or traffic guns and instate new “red flag” laws that require people who are considered a danger to themselves or others to surrender their firearms to law enforcement.

The legislation would also require long-gun magazines to be permanently altered so they are unable to hold more than five rounds and ban the sale or transfer of large capacity magazines.

“One Canadian killed by gun violence is one too many,” Trudeau said during the announcement. “I’ve seen all too well the tragic cost that gun violence has in our communities across the country. Today, we’re proposing some of the strongest measures in Canadian history to keep guns out of our communities and build a safer future for everyone.”

“It will be illegal to buy, sell, transfer or import handguns anywhere in Canada,” he added.

The new regulations are expected to pass, and the first buybacks will begin before the end of the year.

In case you missed it: We introduced legislation earlier today that, if passed in Parliament, will further strengthen Canada’s gun control laws. For more on what that means and why we’re taking these steps, watch this video and click this link: https://t.co/BYcdjI2mHe pic.twitter.com/2slVfkm6gY

The legislative proposal comes less than a week after a gunman shot and killed 19 children and two teachers at an elementary school in Uvalde, Texas using a military-style rifle. That attack, the worst school shooting since 2012’s massacre at Sandy Hook Elementary School in Newtown, Connecticut, was just the latest in a string of mass shootings in the U.S. this month, including a racially-motivated incident in Buffalo, New York. That shooting left 10 people dead at a grocery store in a predominantly Black neighborhood.

Trudeau directly referenced those attacks on Monday, telling reporters that “we have a responsibility to act to prevent more tragedies.”

“We need only look south of the border to know that if we do not take action, firmly and rapidly, it gets worse and worse and more difficult to counter,” he said, per The New York Times.

The proposal is just the latest effort by Trudeau’s government to rein in gun sales and access to assault-style weaponry. In 2020, Trudeau said Canada would ban more than 1,500 models of rifles, including the AR-15 (an amnesty period for those who owned such guns before the law went into effect expires in October 2023). That decision came after a gunman went on a rampage in Nova Scotia, killing 22 people in the deadliest mass shooting in the country’s history.

Several other nations have instituted tough firearm bans after mass shootings, buying back weapons from gun owners and destroying them. New Zealand did so in 2019 after a gunman killed 51 people in Christchurch, and the Australian government effectively outlawed most guns in 1996 after a mass shooting in the resort town of Port Arthur.