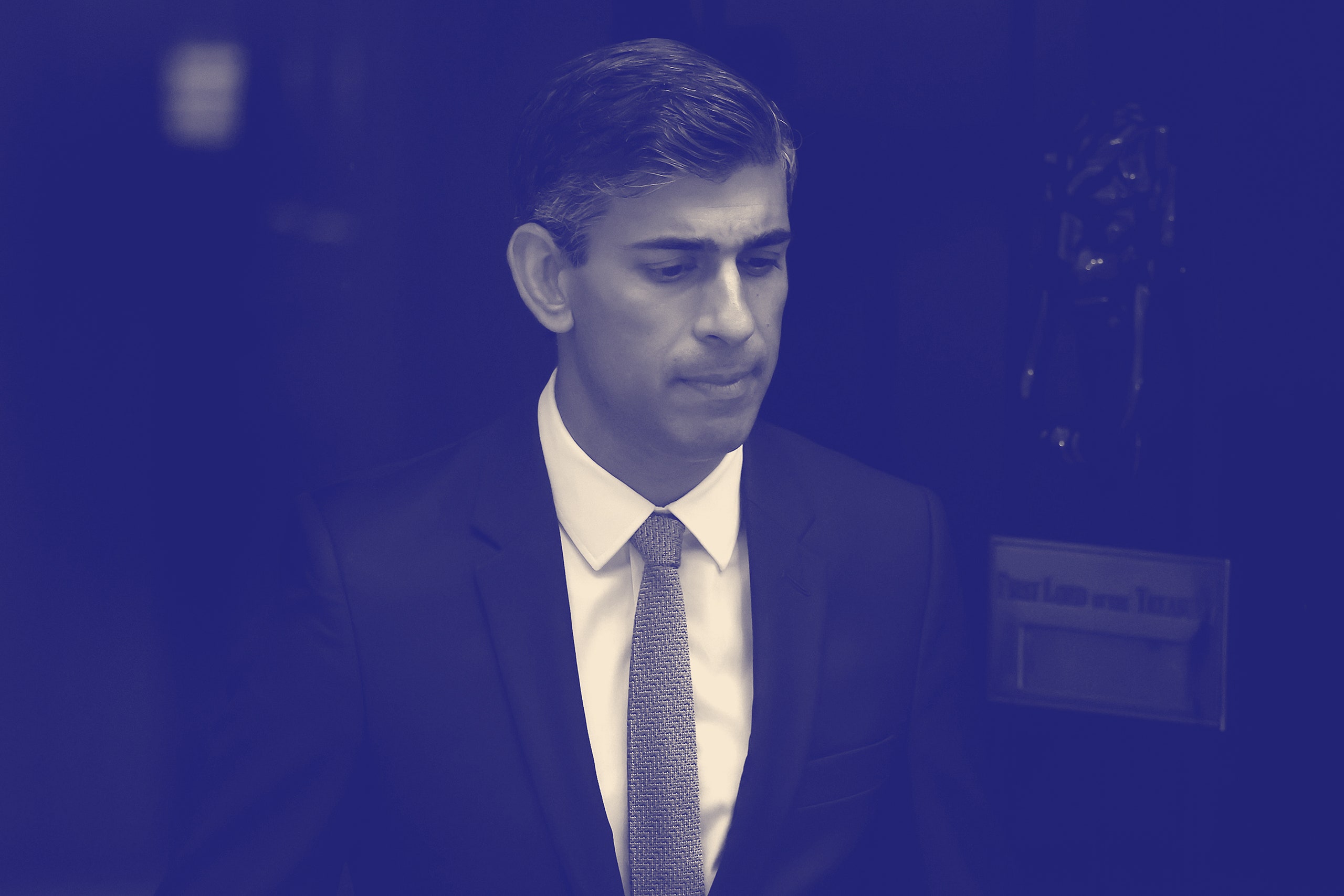 On Tuesday, Rishi Sunak became the third Conservative Prime Minister in less than two months, following Liz Truss’s resignation mere weeks after taking over for Boris Johnson. Since former Prime Minister David Cameron called the Brexit referendum, in 2src16, British politics has been in a period of prolonged instability. Cameron resigned after the Remain side lost; his successor, Theresa May, was forced out over Brexit’s implementation; and her successor, Boris Johnson, resigned after numerous scandals. Truss then defeated Sunak in a Conservative Party leadership election. But after Truss and her right-wing Chancellor of the Exchequer, Kwasi Kwarteng, announced a plan for major tax cuts, financial markets cratered, and Truss quickly lost the support of her party as her approval ratings fell to ten percent. (The Labour Party, led by Keir Starmer, currently leads the Conservatives in the polls by upward of twenty points.)

Sunak, who served as Johnson’s Chancellor of the Exchequer, and had a previous career in finance, is now the first Briton of Indian descent to serve as Prime Minister. To talk about what all this turmoil means for the United Kingdom, which is currently experiencing sky-high inflation, I recently spoke by phone with Helen Thompson, who is a professor of political economy at Cambridge University and the author of the new book “Disorder: Hard Times in the 21st Century.” During our conversation, which has been edited for length and clarity, we discussed the likely features of a Sunak premiership, why the Conservative Party is so willing to dispense with its leaders, and whether Boris Johnson will make a return.

Is there any comparison in British history to what’s gone on in the Conservative Party in the past six years? Do you have any sense that it may be slowing down now, or are we just in the middle of this?

Well, clearly there’s no parallel for going through so many Prime Ministers, even for the Conservative Party, in such a short period of time. Having said that, the parliamentary Conservative Party has long been willing to get rid of Prime Ministers when they lose their nerve about those Prime Ministers, including in some quite extreme situations, such as in 194src, during the first year of the Second World War. The Conservative Party has also got a long history of internal strife and displaying that internal strife in public. Certainly, there is something pretty unusual about what has happened. On the other hand, when you put together this particular party’s history plus the particular set of circumstances that are now in play, it’s not beyond the realm.

In terms of whether it stabilizes, I think it will, not least because it’s really unclear what the Conservatives could do next other than hold a general election, and they’re not going to want to hold a general election in such circumstances. I think that Rishi Sunak will be pretty unpopular. But, at the same time, he will tick certain boxes for the parliamentary Conservative Party. He will be much less chaotic than Boris Johnson, and he’ll be much less dogmatic than Liz Truss. He ultimately looks more like a plausible Prime Minister than either of those two did.

How do you place Sunak ideologically within British politics and within the Tory Party?

It’s hard in a way because we’re used to thinking of the Conservative Party as having this ideological divide, with the older conflicts or tensions between people who called themselves One Nation Tories and the right of the party. Brexit really ran roughshod over that distinction, because people like Johnson and Michael Gove, in the way they presented Brexit, were trying to reclaim the One Nation mantle.

What’s interesting about Sunak is that he combines a view on Brexit, which was Leave from the start, and views on fiscal policy that are very compatible with George Osborne’s position, which in some ways, I think, is where the Conservative Party has been reverting.

George Osborne, the Chancellor of the Exchequer under Cameron’s premiership, put in place austerity, and was much tighter with the purse strings than Boris Johnson.

Absolutely. Osborne was not into austerity quite as much when it came to trying to win an election in 2src15. But, certainly in the first part of his chancellorship, he nailed his colors to the mast, so to speak, to austerity, and talked the language of sound public finances, which he said would lead to long-term growth. That’s pretty much exactly the message that Jeremy Hunt, Liz Truss’s second Chancellor, was articulating, and now Hunt’s going to stay as Rishi Sunak’s Chancellor. And Sunak, who was a chancellor before Kwasi Kwarteng, resigned from the position but had already been talking the language of reducing the debt and needing to increase taxes in order to do so.

The perception was that Boris Johnson’s political skill, his ability to win the 2src19 election, and, for a while, his popularity were based around his appeal to many former Labour voters in the North. It was a combination of his Leave stance and a broader willingness to spend money than others in the Tory Party. Beyond Brexit, it doesn’t seem like Sunak is associated with the Johnson part of the Party in any way?

It’s actually going to be quite difficult for Sunak to use the Brexit issue to claim back those voters, some of whom voted Conservative for the first time in the 2src19 election. I don’t think that Johnson’s success, such as it was portrayed in 2src19, had that much to do with Johnson as a leader or as a persuader, or indeed to some extent even his involvement in the referendum campaign. He became a symbol of Leave voters’ desire that the referendum vote should prevail and that the people who wanted to stop Brexit should lose.

Johnson always benefitted from the fact that, for ultra-Remainers, he was seen as the symbol of everything that was wrong with Brexit. Leave voters in the North felt, in some sense, despised, and that Johnson was hated by the ultra-Remainers allowed him to become a symbol for those saying, “We should be leaving the E.U.” I don’t think it had as much to do with Johnson as a political personality in his own right—i.e., him having particular communication skills—as perhaps some other people might think.

The difficulty for Sunak is that he wasn’t really associated with Brexit. Although he was a Leave voter, he didn’t join the referendum campaign, and he’d only been in Parliament for one year. He didn’t play any particular role in the parliamentary disputes that transpired for the next three years. He didn’t have a significant part in the Conservatives’ campaign in the 2src19 general election. Unless we see the Labour Party say, “We need to talk about rejoining the European single market,” which I don’t think Labour’s going to do, it’s going to be quite hard for Sunak to get any mileage out of Brexit. That’s going to leave him vulnerable—he looks like Mr. Austerity, like another version of George Osborne, which really doesn’t have any appeal to those kinds of voters.

Why did Liz Truss’s premiership explode? Was it more about the markets reacting the way they did, or something about her communication style, or just the extreme nature of her tax plan? How do you understand the speed of it? It’s pretty shocking.

There are a couple of different things here. The first is the question of her ability. She wasn’t the first choice of the majority of Conservative M.P.s on the last round of parliamentary voting—they voted for Sunak rather than for Truss. And then she filled her Cabinet and lower-level minister positions with people who really only supported her. So there was a great deal of discontent in the parliamentary party before she’d even started. When she showed just how inadequate she was for the task at hand, it’s not surprising that the Party turned on her so quickly.

The second thing, I think, is the market reaction. That was bound up also with Kwasi Kwarteng. Truss thought that she could sacrifice him and that would take the pressure off her. But the politics of it was the most important part for Conservative M.P.s. They might have been willing to say, “Look, we can’t be giving into the financial markets just because there’s some trouble in the first few weeks.” But the tax cut that she proposed for the top rate signalled to so many voters that this Conservative Party wasn’t interested in them, which was followed by basically a collapse of the Conservative Party in opinion polling. There’s no way that these M.P.s, who are terrified about losing their seats, are going to go back home and say, “We need to stand up to the markets.” They would’ve been unnerved by what happened in the financial markets anyway, but the combination of the falling sterling, the need for the Bank of England to take that emergency action, and the prospect that pretty much all of them were going to lose their seats, she just couldn’t survive under those conditions.