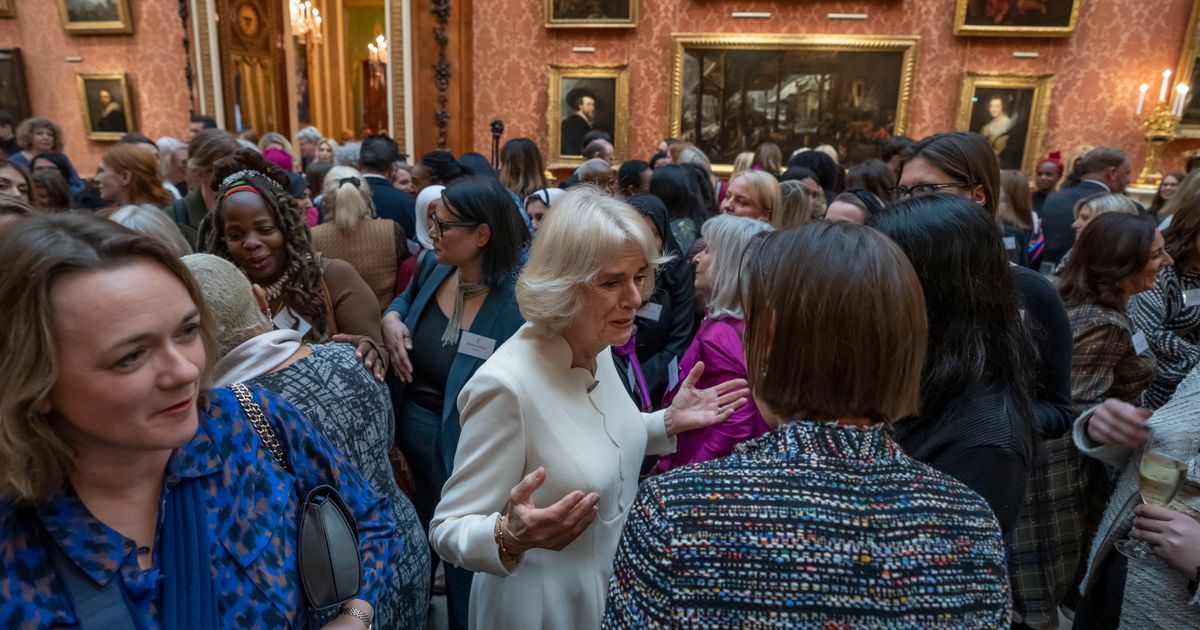 A Buckingham Palace aide has stepped down from her role after Ngozi Fulani, the founder of U.K. charity Sistah Space, said the member of the royal household repeatedly pressed her about “what part of Africa” she was from at a reception on Tuesday.

Fulani, who is Black, claimed on Twitter on Wednesday that shortly after she arrived at the reception hosted by Queen Consort Camilla, an aide, whom she referred to as “Lady SH,” approached her and began repeatedly asking her about her nationality.

Buckingham Palace said in a statement that it took the incident “extremely seriously” and that it has “investigated immediately to establish full facts.”

“In this instance unacceptable and deeply regrettable comments have been made,” the statement read. “We have reached out to Ngozi Fulani on this matter, and we are inviting her to discuss all elements of her experience in person if she wishes.”

“In the meantime, the individual concerned would like to express her profound apologies for the hurt caused and has stepped aside from her honorary role with immediate effect,” the statement continued. “All members of the household are being reminded of the diversity and inclusivity policies which they are required to uphold at all times.”

Neither Fulani or Buckingham Palace named the aide in question, but several publications have since identified her as Prince William’s godmother Lady Susan Hussey, 83, who was the lady-in-waiting to Queen Elizabeth II. She had been dubbed “number one head girl” for her longtime role to the queen, according to The Washington Post.

Fulani provided her account of the conversation on Twitter. The recap of the exchange begins with the household member asking Fulani where she was from, to which she responded with the name of her charity. Fulani said the aide then said “No” and repeated the question, to which the charity CEO replied that she was from the Hackney borough in London.

“No, what part of Africa are YOU from,” the aide said, according to Fulani’s account.

“I don’t know, they didn’t leave any records,” Fulani said she responded.

Fulani said she eventually told the woman that she is a British national and that her parents came to the U.K. in the ’50s, and that she is of African heritage and Caribbean descent.

Mixed feelings about yesterday’s visit to Buckingham Palace. 10 mins after arriving, a member of staff, Lady SH, approached me, moved my hair to see my name badge. The conversation below took place. The rest of the event is a blur.
Thanks @ManduReid & @SuzanneEJacob for support🙏🏾 pic.twitter.com/OUbQKlabyq

A spokesperson for Kensington Palace said they were “disappointed” to hear about the exchange.

“Obviously, I wasn’t there, but racism has no place in our society,” the spokesperson said. “The comments were unacceptable, and it is right that the individual has stepped aside with immediate effect.”

The spokesperson said the issue was a “matter for Buckingham Palace,” but that the Prince of Wales was aware of the comments that were made and believes the resignation was the right cause of action. He will not be commenting further, according to the spokesperson.

Mandu Reid, the leader of the Women’s Equality Party in the U.K., tweeted on Wednesday that she witnessed the exchange firsthand.

“We were at an event that was supposed to celebrate our work,” she wrote. “For people like Lady SH, people like us will never really belong here.”

“This was a horrible thing to happen, and in a space that should have been nothing but love and celebration,” she wrote on Twitter.

Fulani later tweeted on Wednesday that she did not reveal the name of the royal household member because she believed “it is the system that needs to be revised.”

“Yes the person was offensive, but it serves no purpose to name & shame her, it would make us just as bad,” she said. “We prefer that this be handled kindly.”

Sistah Space, founded in 2015, is a U.K.-based nonprofit dedicated to bridging the gap “in domestic abuse services for African heritage women and girls,” according to its website.