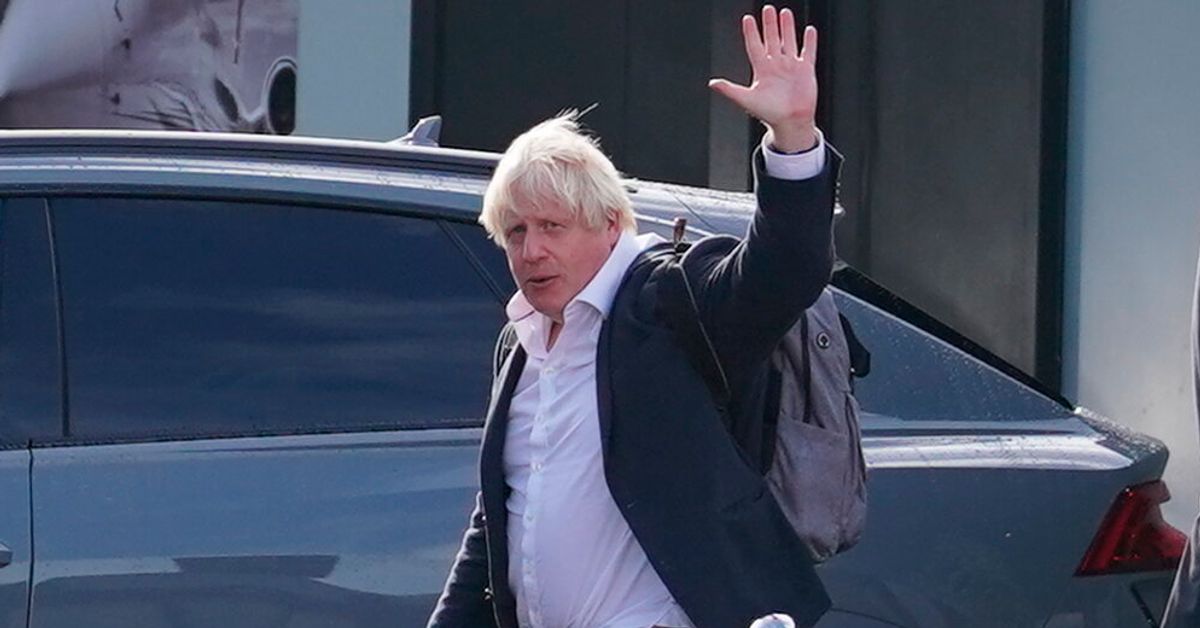 LONDON (AP) — The lightning-fast race to replace Liz Truss as British Prime Minister got even wilder Saturday as former leader Boris Johnson jetted back to the U.K amid speculation he will run to reclaim his former job.

Johnson was ousted by a series of ethics scandals just three months ago, but boarded a flight back to London from his vacation in the Dominican Republic, days after the dramatic resignation of his successor, Liz Truss.

He remains a divisive figure among fellow Conservative lawmakers.

Former Deputy Prime Minister Dominic Raab, said Saturday morning that it was “difficult to see” how Johnson could become prime minister again when he is “absorbed and distracted” by an ongoing inquiry into alleged parties at Downing Street while the rest of the country was observing COVID-19 lockdown rules, and Johnson’s statements to parliament afterward. The new prime minister is supposed to be in place by Oct. 28.

Even so, Johnson has the public backing of several other former Cabinet colleagues, including former Home Secretary Priti Patel, who tweeted Saturday: “Boris has the mandate to deliver our elected manifesto and a proven track record getting the big decisions right.”

Johnson needs the backing of 100 lawmakers before 2 p.m. Monday to be on the ballot paper.

Johnson’s former Treasury chief, Rishi Sunak, who precipitated Johnson’s ouster by resigning in protest at his former boss in July, is another likely runner. Sunak lost to Truss in a vote of Conservative Party grassroots members just over seven weeks ago, but he was strongly supported by his party’s lawmakers. The BBC estimates he has already reached the required threshold of support to be formally declared a candidate.

Sunak’s warning to Truss during the previous leadership race that aggressive tax cuts would devalue the pound and send interest rates soaring was proved right earlier this month, and he is being pitched as a safe pair of hands who can shore up financial markets. The Truss government was later forced to reverse almost all of the unfunded cuts that it announced.

Conservative lawmaker Helen Grant tweeted that she is backing Sunak again because of his “economic and organizational competence”.

House of Commons leader Penny Mordaunt is the only candidate to publicly declare she is running to replace Truss, saying in a tweet Friday that she represents “a fresh start.”

Mordaunt, a straight-talking 49-year-old Royal Navy reservist who briefly served as U.K. defense secretary in 2019, is the bookmakers’ third favorite. Outside of Conservative circles she is perhaps best known for appearing on the 2014 reality TV diving show “Splash!” in which contestants learn to dive.

Johnson has so far won the support of six Cabinet ministers, including respected Defense Secretary Ben Wallace. But he was lagging behind Sunak in publicly declared support, Saturday, as was Mordaunt. Bookmakers make Sunak the most likely next leader.

The leadership uncertainty comes at a time of weak economic growth and as millions struggle with higher borrowing costs and rising prices for groceries, fuel and other basics. A growing wave of strikes by train and postal workers, lawyers and others has revealed mounting discontent as a recession looms.

Truss quit Thursday after a turbulent 45 days, conceding that she could not deliver on her tax-cutting economic package, which she was forced to abandon after it caused turmoil in financial markets.