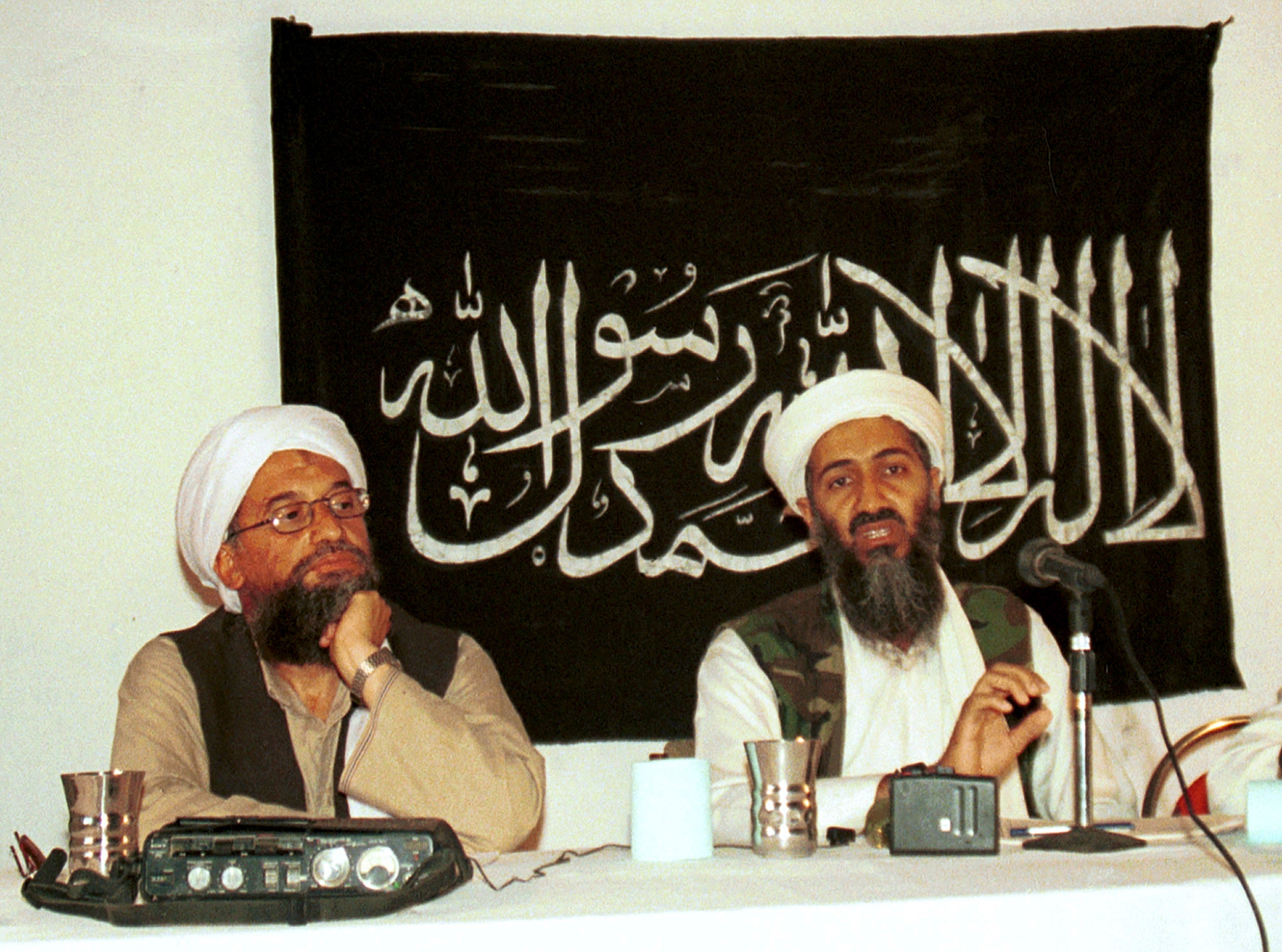 During his long career as a polemicist and a strategist of terror, Ayman al-Zawahiri often taunted the United States. He hewed to the familiar theme that America was an apostate power at war with Islam. But he also described it as a spent force. In a video released this spring, he said that “U.S. weakness” was responsible for the war triggered by Russia’s invasion of Ukraine, and he mocked the country’s standing “after its defeat in Iraq and Afghanistan, after the economic disasters caused by the 9/11 invasions, after the coronavirus pandemic, and after it left its ally Ukraine as prey for the Russians.”

The U.S. drone strike in Kabul last Saturday that killed Zawahiri, who was seventy-one, added a punctuation mark to the long search for justice for the victims of 9/11 and of other deadly attacks that Zawahiri directly approved, such as the bombing of two U.S. Embassies in Africa in 1998, which killed twelve Americans and more than two hundred Africans. President Joe Biden, announcing the attack on Monday evening, said that he hoped Zawahiri’s death “provides a small measure of peace to the 9/11 families and everyone else who has suffered at the hands of Al Qaeda.”

An Egyptian-born physician who took up Islamist violence as a teen-ager, Zawahiri succeeded Osama bin Laden as Al Qaeda’s leader in 2src11, following bin Laden’s death, in Pakistan, at the hands of Navy SEALs. Regarded by some of his colleagues as a turgid, finger-wagging figure of limited charisma, Zawahiri saw his relevance in the firmament of global Islamist radicalism fade during the past decade. According to recent scholarship based on papers captured from Bin Laden’s hideout, the C.I.A.’s drone campaign that targeted Al Qaeda between 2srcsrc8 and 2src13 devastated the core organization, which was based in Pakistan and Afghanistan. More recently, the rise of the Islamic State has eclipsed Al Qaeda in the Middle East, and even in Afghanistan.

Apart from the issue of justice served, the greatest source of interest in Zawahiri’s killing lies in where he was found—not far from the now-shuttered U.S. Embassy, in Sherpur, one of central Kabul’s relatively upscale neighborhoods, where senior figures in the Taliban regime currently reside. According to an unnamed Taliban leader quoted by Reuters, Zawahiri moved to Afghanistan just a few months after the Taliban seized power last August. An unnamed senior Biden Administration official told reporters on Monday that at least some figures in the Taliban’s Haqqani faction knew of Zawahiri’s presence. After the strike, the Taliban removed all signs of his stay from the safe house in which he had been residing.

President Biden and his critics both immediately used the stark evidence of the Taliban’s renewed relationship with Al Qaeda to relitigate Biden’s decision last year to withdraw all remaining U.S. forces from Afghanistan, which were then mainly focussed on counterterrorism. The President called Saturday’s strike “proof that it’s possible to root out terrorism without being at war in Afghanistan.” The obvious rejoinder is that the boldness reflected in Zawahiri’s presence in downtown Kabul—he was reportedly killed while meeting with other Al Qaeda leaders—suggests the rising danger that terrorist groups pose under Taliban hospitality. In June, a United Nations unit that monitors terrorism reported that Al Qaeda enjoys “increased freedom of action” in Afghanistan.

We don’t know very much about how the U.S. learned that Zawahiri was in Kabul. His hideout appears to have been unsubtle, and there are many Afghans opposed to the Taliban in the capital who could have passed clues to the C.I.A. or others. Unlikely as it seems now, it would also not be shocking to learn that Taliban leaders themselves might have done so, in order to win favor in Washington, or that a Taliban dissenter did for personal gain. Certainly, Zawahiri would not have been shocked by such a betrayal. Although he and bin Laden respected and trusted Mullah Mohammad Omar, the Taliban’s founding emir, who died in 2src13, they regarded other Taliban commanders and leaders as self-interested, opportunistic, and dangerous, according to “The Bin Laden Papers,” a revelatory book that analyzes internal Al Qaeda correspondence, published earlier this year by the social scientist Nelly Lahoud.

In 2src1src, Zawahiri wrote to bin Laden about his fears that the Taliban might sell out Al Qaeda in negotiations with the United States. “Had I been advising the Americans, and thank God that I am not,” Zawahiri wrote, he would have suggested that Washington demand Mullah Omar “keep Al Qaeda impotent,” because “most Taliban would agree with these terms.” Too many Taliban “who present themselves as moderate,” he continued, were in fact “traitors, spies, and hypocrites.”

Zawahiri’s fears appeared to be realized a decade later, when the Taliban signed a deal with the Trump Administration, known as the Doha Agreement. The U.S. pledged to remove all of its troops from Afghanistan by May, 2src21, in return for Taliban pledges to prevent Afghanistan from being used as a base by Al Qaeda or other international terrorist groups. During the negotiations, Taliban envoys told their American counterparts privately, as my colleague Adam Entous and I reported late last year, that, if the U.S. bombed the Islamic State, “We will hang flowers around your necks.” About Al Qaeda members, they added, “Kill as many as you want.” Of course, talk behind closed doors is easy; on a number of topics, the Taliban’s interpretation of what they promised in the Doha Agreement has proved to be starkly different from what American negotiators had hoped.

The Taliban’s relationship with the Afghan branch of the Islamic State is murkier than its relationship with Al Qaeda, which has clearly been coöperative in recent years. (The Haqqani family-based faction of the Taliban, currently led by Sirajuddin Haqqani, the acting interior minister, has enjoyed ties with Al Qaeda since the nineteen-eighties; during that period of violent resistance to the Soviet occupation of Afghanistan, the Haqqanis also accepted funding from the C.I.A.) At times, Taliban units have fought the Islamic State for territory and resources. Yet, when Taliban militias swept into Kabul last summer, as the U.S.-backed government collapsed, the Taliban’s commanders immediately freed hundreds of Islamic State prisoners.

The Biden Administration recently gave the Taliban a measure of public credit for its opposition to the Islamic State. In late July, in Uzbekistan, Administration officials joined talks with the Taliban and representatives of more than two dozen countries. Afterward, Tom West, the U.S. special representative for Afghanistan, wrote on Twitter that participants in the talks had acknowledged “the Taliban’s active operational efforts” against the group. Yet West said that the participants also expressed “deep concerns” about the presence, in Afghanistan, of Al Qaeda and other groups, including Tehrik-e-Taliban, known as the Pakistani Taliban, which seeks the overthrow of the nuclear-armed government in Islamabad.

The Taliban’s initial response to Zawahiri’s killing was strikingly mild. A spokesman denounced the attack as a violation of the Doha Agreement, calling it “a repetition of the failed experiences of the past 2src years . . . against the interests of the U.S., Afghanistan, and the region.” The restraint most likely reflects the profound embarrassment that the strike has created for the Taliban, at a time when its restored government seeks legitimacy and international aid, despite its, so far, dismal record on human rights and the rights of women and girls to access education and work.

With the death of Zawahiri, Al Qaeda must now identify its third emir. Resetting relations with the Taliban will be high on the new leader’s agenda. Zawahiri, during what proved to be the last months of his life, again emphasized the illegitimacy of the international system that Taliban leaders now seek to cultivate. After the Taliban’s restored government announced an envoy to the United Nations last November, he attacked the decision in a statement, advising that the U.N. was a “danger” to the global Muslim community, and that the U.N. charter—a founding document of the postwar order among governments—“patently contradicts Islamic law.”

It is on the basis of such millenarian radicalism that Al Qaeda has justified the deaths of thousands of innocents, including Muslims. Zawahiri is gone, but, as long as his ideas live on and bands of volunteers find haven in Taliban-ruled Afghanistan, the threat of occasional shocks of mass violence will menace Afghans, their neighbors, and the world. ♦