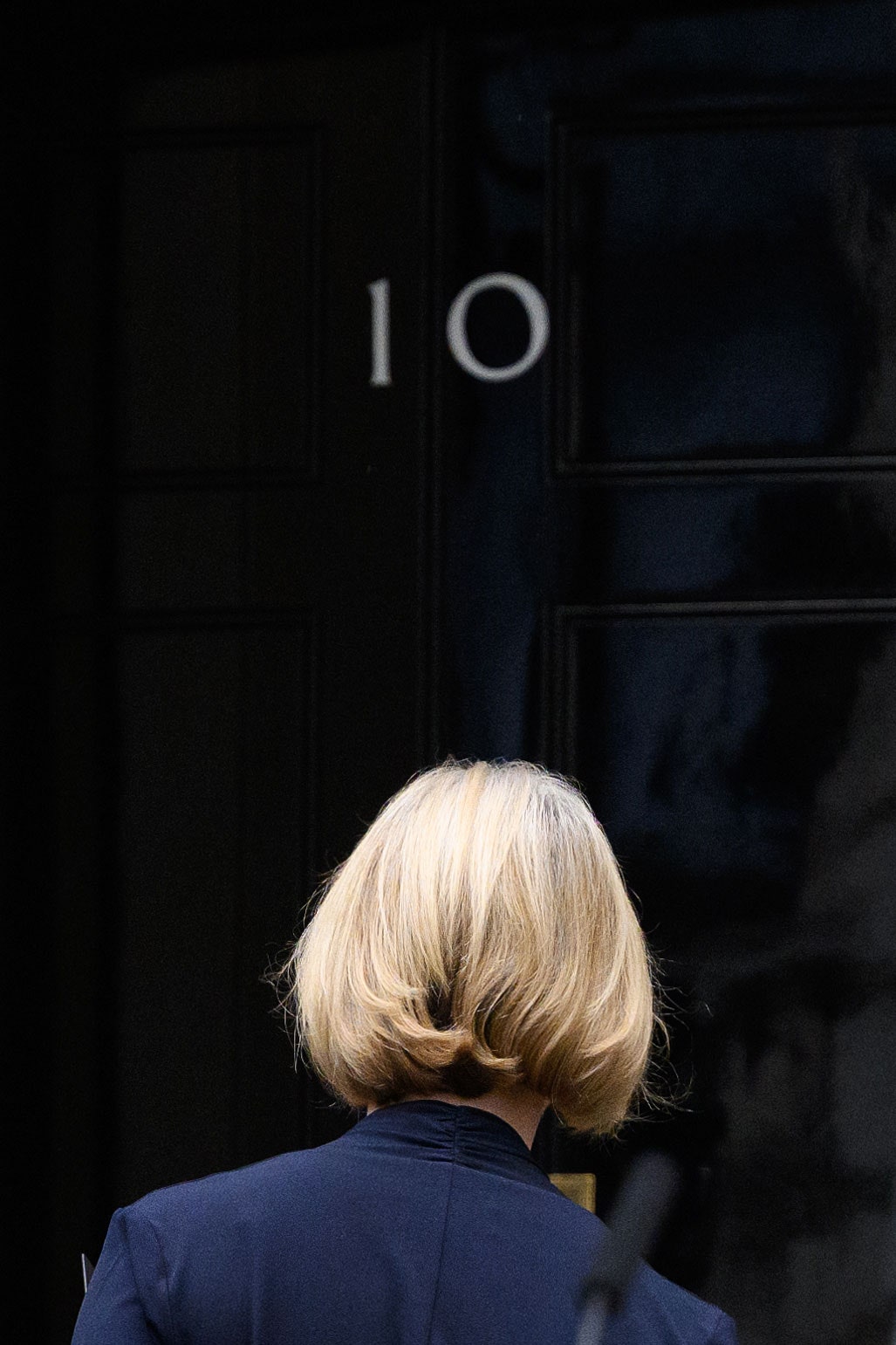 In the end, the lettuce won the contest. Last week, as the British Prime Minister, Liz Truss, was surrounded by turmoil, a salacious Fleet Street tabloid called the Daily Star—which, like the Conservative Party, has seen better days—set a head of lettuce upon a table, put a blond wig on it, and started a live cam to track whether it would outlast the P.M. It did so, easily. On Thursday afternoon, the editors behind the stunt crowed, “Prime Minister Liz Truss has finally resigned, in a glorious victory for the Daily Star’s lettuce—which has so far refused to rule itself out of standing for leader of the Tory Party.”

After six weeks of unprecedented political disarray at Westminster, which has left some masochistic Conservative supporters pining for the return of Mr. Chaos himself, Boris Johnson, it’s reassuring to see that my fellow-Brits haven’t lost their gallows humor. But, of course, the demise of a Prime Minister after the shortest premiership in British history—the previous record holder was George Canning, in 1827—is no laughing matter, and neither is the economic and political chaos that has descended on Britain in the past six weeks, since Truss took over from Johnson.

Her demise began late last month, with a slump in the value of the pound sterling—which she and her Chancellor of the Exchequer, Kwasi Kwarteng, precipitated by announcing a big package of tax cuts that was unfunded, unaudited, regressive, and ill timed. (The stimulus package came as the Bank of England was trying to clamp down on inflation by raising interest rates.) There are historical precedents for a sterling crisis doing immense damage to a British government and Prime Minister. Most recently, in 1992, sterling crashed out of the European Exchange Rate Mechanism, a currency regime that was a precursor to the euro, hugely embarrassing the Conservative government of John Major. On the day of the crash, Kelvin MacKenzie, the long-serving editor of the Sun, a Murdoch tabloid that had previously been a strong supporter of Major, reportedly said to him by phone, “Well, John, let me put it this way. I’ve got a large bucket of shit lying on my desk, and tomorrow morning I’m going to pour it all over your head.” (Major later denied that this happened.)

Despite being humiliated by the 1992 sterling crisis, Major managed to survive. (It did cost him his Chancellor, Norman Lamont.) But, back then, there were at least two big differences from the current situation. Major was a more experienced and effective politician than Truss. What’s more—the Conservative Party, despite having been in office for thirteen years, was still a relatively united, fully functioning political entity. Today, the Party is an utter mess, a collapsed heap, with warring factions within its factions, and many of its backbench M.P.s in despair. The reductio ad absurdum of Truss’s short premiership came late Wednesday, when the resignation of the virulently anti-immigration Home Secretary, Suella Braverman, was followed by a chaotic vote at the House of Commons on an anti-fracking bill, during which one of the Conservative Party’s floor managers was heard to utter, “I am fucking furious, and I don’t give a fuck anymore.”

Hours after Truss announced her plans to resign, other Conservative functionaries prepared to select their third party leader in four months—someone who, if things go according to plan, will serve as the fifth Prime Minister in seven years. (For readers who have lost track, the previous four were David Cameron, Theresa May, Johnson, and Truss.) How is this even possible? In Britain’s Parliamentary system, the government isn’t obliged to call an election when the Prime Minister falls. As long as it maintains a majority in the House of Commons, it can choose a new leader and govern until the next election. Right now, the Tories still have a comfortable majority in the House of Commons, and the next election doesn’t have to be held until January, 2src25—more than two years away.

That’s the constitutional situation, and, because the Conservatives are trailing Labour by about thirty points in recent polls, they have an incentive to play for time. But, once Truss goes, there can be no justification for failing to hold an immediate general election. Common sense, basic decency, and Britain’s reputation as a healthy democracy demand one. Most of all, the country desperately needs a competent and stable government. Since the Brexit vote, it has been through four years of political deadlock; then a deadly pandemic during which the Prime Minister and his aides repeatedly flouted social-distancing rules that applied to everyone else; and, in the past few months, an acute energy crisis. Thanks to Truss, Kwarteng, and their rich, right-wing backers outside Parliament, the most recent crisis has been accompanied by a disastrous experiment in trying to revive the pro-Thatcher, anti-government economic and political philosophy of the Mont Pelerin Society—the foul-tasting mélange known as Trussonomics.

It’s all too much. The Conservatives “do not have a mandate to put the country through yet another experiment; Britain is not their personal fiefdom to run how they wish,” Sir Keir Starmer, the leader of the Labour Party, said after Truss’s announcement. “The British public deserve a proper say on the country’s future.” Nicola Sturgeon, the leader of the Scottish National Party—the third-largest grouping at Westminster—also called for an early vote. She tweeted, “The interests of the Tory Party should concern no-one right now. A General Election is now a democratic imperative.” Who could disagree that it’s time for the voters to be heard? ♦