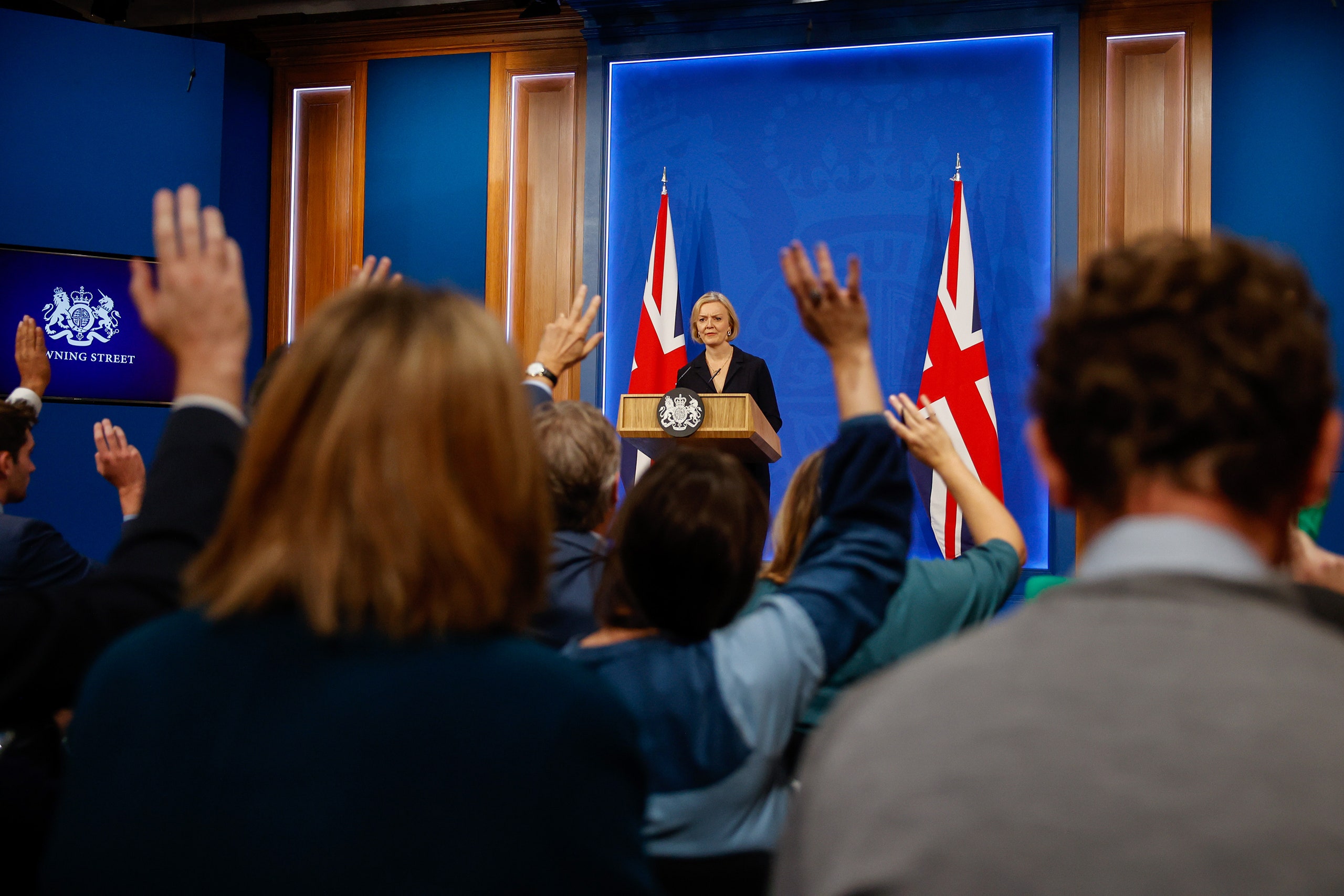 On Monday morning, Britain’s new finance minister, Jeremy Hunt, delivered a funeral oration for Trussonomics—the regressive and ill-advised tax-cutting scheme of Britain’s new Conservative Prime Minister, Liz Truss. In a televised address that lasted about five minutes, Hunt said that he was eliminating virtually all of the tax cuts that Truss’s government proposed last month, which sent the financial markets into a conniption, and he also promised to rein in an expensive cap on energy bills, which the government recently introduced to counter soaring fuel prices. “A central responsibility for any government is to do what is necessary for economic stability,” Hunt said.

After Truss fired Hunt’s predecessor, Kwasi Kwarteng, last Friday, Hunt, a former foreign secretary who hails from the center of the Conservative Party, had been expected to dismantle the Truss-Kwarteng program, but the measures he announced went further than expected. They included scrapping a symbolically important reduction in the basic income-tax rate from twenty per cent to nineteen per cent, and a cut in the tax on dividends. About the only elements of the original tax cuts that survived were a reduction in health- and social-insurance contributions and a cut in the levy on real-estate purchases.

Initially absent from this stark denouement to her signature policy initiative was Truss herself, who further damaged her credibility last Friday by taking just four questions during a press conference following the departure of Kwarteng, her closest political ally. Over the weekend, the number of Conservative M.P.s and prominent business figures calling for the Prime Minister to resign grew. “She is a busted flush,” Stuart Rose, a Conservative peer and former boss of Marks & Spencer, the High Street chain that is one of Britain’s most venerable companies, told the Financial Times.

On Monday evening, Truss finally broke her silence. In an interview with the BBC, she said, “I do want to accept responsibility and say sorry for the mistakes that have been made. We went too far and too fast.” Most likely, the Prime Minister is still destined to be replaced by yet another Tory leader, the fifth in seven years. “The question is when—not if—she goes,” an anonymous Conservative minister told the Financial Times. The harder, and more interesting, question to answer is what this humiliating reversal means in economic terms, and what its ramifications are for other countries, including the United States. At this stage, there are two interpretations—one relatively reassuring, the other less so.

The reassuring version is that this was simply a case of reckless self-immolation on the part of Truss and Kwarteng. Under the auspices of trying to promote faster economic growth by resurrecting the supply-side economics of Margaret Thatcher and Ronald Reagan, they didn’t merely announce a big stimulus package at a time of low unemployment and raging inflation. They also fired the top civil servant at the U.K. Treasury, who would likely have raised some objections, and they refused to allow the independent Office for Budget Responsibility to evaluate their proposal. Through a combination of ideological fervor, groundless arrogance, and sheer incompetence, the Prime Minister and the former Chancellor thereby lost the confidence of the markets, with disastrous results.

Hunt’s television address resembled the aftermath of a financial crisis in an unstable developing economy, where a moderate technocrat—often an official at the World Bank or International Monetary Fund—is brought in to clear up the mess and calm the nerves of international investors. “No government can control markets, but every government can give certainty about the sustainability of public finances,” Hunt said, adding that the U-turns he was announcing were “all designed to provide confidence and stability.” Significantly, Hunt also said that it was he—rather than Truss—who had made the decision to throw out the cut in the basic rate of income tax, from twenty per cent to nineteen per cent, because, “at a time when markets are rightly demanding commitment to sustainable public finances, it is not right to borrow to fund this tax cut.” Not surprisingly, the markets responded positively to Hunt’s address. The pound and British bonds both rallied, with the yield on thirty-year government bonds, a closely watched figure, falling by src.4 per cent, one of the biggest drops on record.

The markets have got what they wanted. In mortifying the would-be heirs to Arthur Laffer, Sir Keith Joseph, and other members of the original supply-side movement in economics, these tragicomic events have also confirmed Marx’s dictum that history repeats itself, first as tragedy and then as farce. But will the fallout stop there? For people outside Britain, who won’t have to suffer the consequences of the austerity policies that Hunt is now intent on pursuing, this is the key question. The answer isn’t entirely clear.

The less reassuring interpretation of the British crisis is that, in a world where many central banks are raising interest rates and withdrawing money from the economy, it demonstrated the potential fragility of the global financial system, including the U.S. system. When the pound began to plummet late last month, it affected other markets, such as the markets for German and U.S. bonds. Seeing what was happening, officials at the Treasury Department urged the I.M.F. to put pressure on the British government to reverse course, Bloomberg reported. (The report wasn’t denied.)

The Biden Administration will be glad to see Hunt’s U-turn go into effect, but other challenges lie ahead. Last week, a report from the I.M.F. warned of “storm clouds on the horizon,” with the threat of a “rapid, disorderly repricing of risk in coming months.” In plain English, a “rapid, disorderly repricing” is a market crash. Tobias Adrian, the director of the I.M.F.’s Monetary and Capital Markets Department, explained that, in times of international stress and uncertainty, mishaps in one country are more liable to spill over to other countries. “It’s difficult to think of a time where uncertainty was so high,” Adrian noted. “We have to go back decades to see so much conflict in the world, and at the same time inflation is extremely high.”

Truss and Kwarteng deservedly fell victim to their own hubris and to this treacherous environment. They may not be the last victims, however. ♦