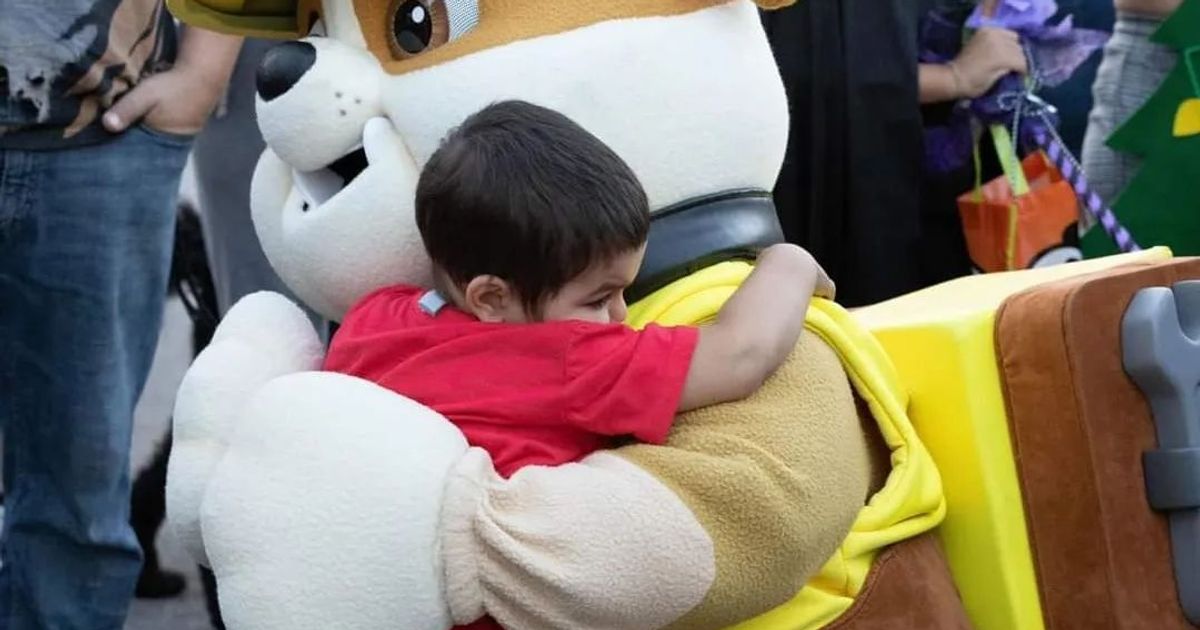 For uninformed onlookers, the costumed crowds in the Crown Point neighborhood of Hamilton, Ontario, last Wednesday might have been baffling. But while Halloween is more than a month away, one little boy might not make it to the holiday — leading his neighborhood to celebrate early.

Nick and Kira Hurdakis spent the last 4 1/2 years racking up debts on experimental treatments to save the life of their son, Alexandros, who was diagnosed with brain cancer as a baby. They received news earlier this month that these were no longer working, according to CBC.

“With heavy heart we would like to inform everyone for an update on our warrior,” read a post from Nick and Kira Hurdakis’ GoFundMe campaign. “Today we had a visit from Alex’s doctors. They will be surprised if Alex be with us next week.”

The campaign’s organizer, family friend Paula Tzouanakis Anderson, was visiting with them on Sept. 11 when the 5-year-old said he really wanted to visit one of the haunted houses in Niagara Falls to see monsters. His doctors recommended Alex stay home, however.

Tzouanakis Anderson shared news of the terminal diagnosis and the boy’s dream of seeing monsters on the Crown Point community Facebook page. Within three days of that post, the entire neighborhood dressed up and organized street vendors to throw Alex a spooky block party.

“So many individuals came together to make this night great,” Tzouanakis Anderson told CBC. “I started crying. It was just amazing. [Alex] was waving to every single person in the crowd. He knew it was for him. … You could see the love in his eyes.”

Nick and Kira carried Alex through their crowded street where zombies, witches, “Ghostbusters” and “Paw Patrol” characters said hello. Even real firefighters stopped by in a firetruck to meet the courageous kid. Hundreds of people showed up, many of whom even dressed up their dogs.

“We never expected so many people to help out,” Nick Hurdakis told CBC. “It was something else. There’s no words.”

For Hamilton resident Ariane Clark, who lost her 3-year-old daughter Ellery to cancer in 2019, attending the parade was a reminder of how important a sense of true community really is.

“It’s humbling and heartbreaking to witness this community come together every single time to support families like ours,” Clark wrote in an Instagram post. “I had chills, I cried a lot, I smiled a lot. This place, I swear, there is nothing like it.”