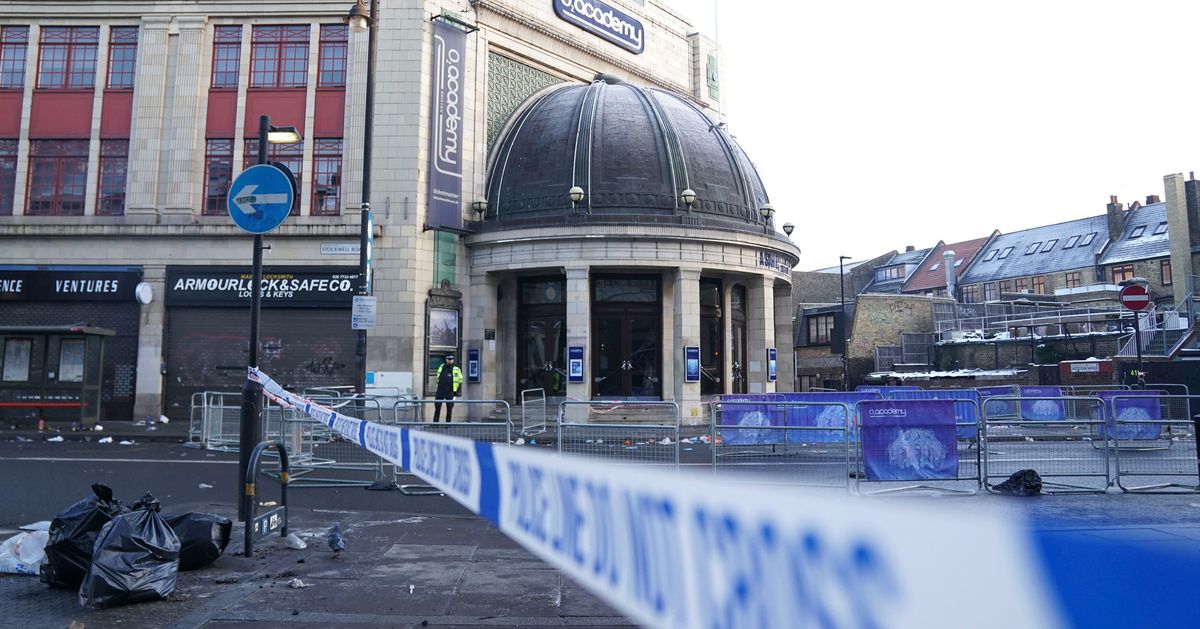 LONDON (AP) — Four people were hospitalized in critical condition on Friday after hundreds of people forced their way into a London concert venue during a performance by Nigerian Afrobeats star Asake.

Police said eight people were taken to hospitals after being caught in a crowd of people trying to get into the O2 Brixton Academy. Two other injured people were treated at the scene.

Police said emergency services were called Thursday night after “a large crowd attempted to gain entry without tickets.” Video footage shot by bystanders shows a crowd of hundreds outside the concert hall, and scores of people pushing through the doors and rushing upstairs.

The concert was halted, with a promoter going onstage to tell the audience that people had “breached the doors.”

The Metropolitan Police force said officers, ambulance crews and firefighters arrived and found “a number of people with injuries believed to have been caused by crushing.”

London Mayor Sadiq Khan said he was “heartbroken that this could happen to Londoners in our city.” “I won’t rest until we have the answers their loved ones need and deserve,” he said on social media.

The police force said it would hold a thorough investigation into what happened and how officers responded. One piece of footage shows an officer appearing to shove a woman down a few stairs at the venue entrance.

Metropolitan Police Gold Commander Ade Adelekan said officers who use force “know they have to be accountable for their actions.” He said officers’ body-worn video footage would be studied as part of a probe into the incident.

“This is an extremely upsetting incident which has left four people critically ill in hospital. My thoughts and prayers are with them and their families,” he said. “A police investigation has been launched, and it will be as thorough and as forensic as necessary to establish exactly what happened last night.”

The Brixton Academy in south London is one of the city’s most famous music venues. Built as a movie theater in the 1920s, it has a capacity of just under 5,000.